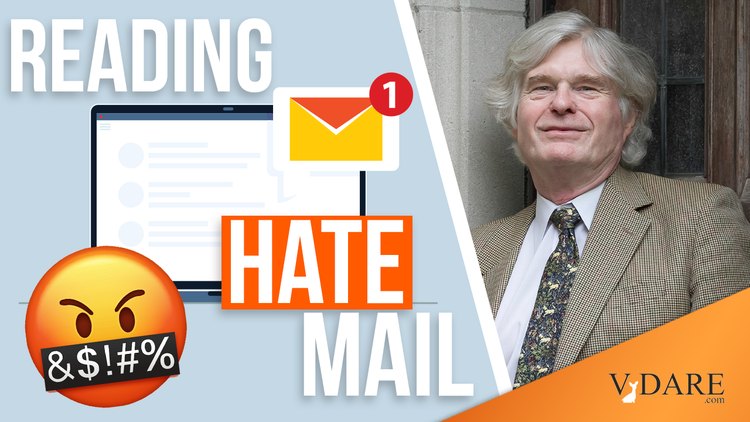 From: Steve Beckman [Email him]

Hey douchebag, I'm 7 different nationalities, 6 of them being european, mostly german and a quarter japanese. Who the f--- are you to decide?  This country is based on immigration. I have an idea, go play on your local highway, stupid s---.

Let's meet up somewhere clown, so I could re-arrange your clown face, how does that sound ya piece of s---?

James Fulford writes: This reminds me of the  story I read once  of a certain minister who was fired summarily by his board of deacons, and put up a powerful protest. "Didn't I argufy?" he demanded. "Didn't I magnify? Didn't I glorify?" "Yes," admitted the deacons, "You argufied, you magnified, and you glorified real good, but you never told us wherein. And we're out to get us a preacher who will tell us wherein."

I think the dialect involved makes this a "racist" story, although none of the versions I've seen specify the race of the preacher, but my point is that Mr. Beckmans, addressing ths communication to Peter Brimelow would't say what article or position he was responding to.

When writing to this website, please specify "wherein" we are douchebags or whatever, or we'll have no basis for conversation.