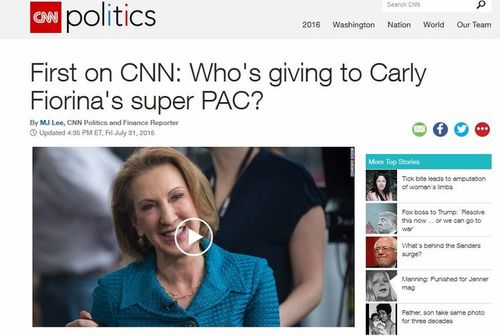 A Reader Says To Follow The Fiorina Donor Money

Jerry Perenchio, the former CEO of the Spanish language station Univision, is Carly Fiorina's biggest donor at $1.6 million. [First on CNN: Who's giving to Carly Fiorina's super PAC?, by MJ Lee, CNN, July 31, 2015]. Other major donors are all from Silicon Valley. Fiorina is their best hope (perhaps even better than Jeb Bush) for increased levels of legal immigration, a pathway to citizenship for illegal aliens and a massive increases in imported foreign workers.