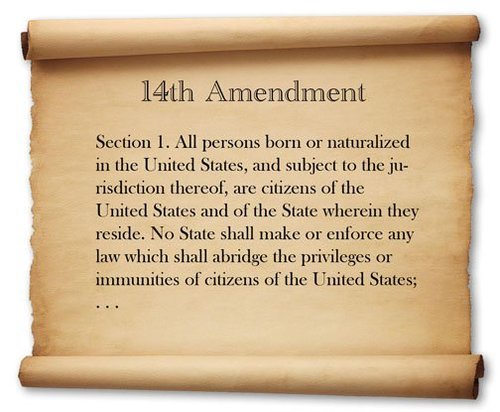 From: A Southern Reader [Email him]

Ann Coulter does very well in this article, but it does not address the "subject to jurisdiction" argument.  She might be interested in my view, below:

The ruling part of the US Constitution is Amendment Fourteen: “All persons born or naturalized in the United States, and subject to the jurisdiction thereof, are citizens of the United States and of the State wherein they reside.”

Here is the ruling part of the Mexican Constitution, Section II, Article Thirty:

Mexican nationality is acquired by birth or by naturalization:

III. Those born on Mexican vessels or airships, either war or merchant vessels. "

A baby born to Mexican nationals within the United States is automatically a Mexican citizen. Under the anchor baby reasoning, this baby acquires US citizenship at the same time and so is a dual citizen.

Mexican citizenship is primary because it stems from a primary source, the parents’ citizenship and the law of Mexico. The Mexican Constitution states the child of Mexican parents is automatically a Mexican citizen at birth no matter where the birth occurs.

There is a second argument for primary Mexican citizenship in the case of anchor babies. Citizenship, whether Mexican or American, establishes rights and duties. Citizenship is a reciprocal relationship, thus establishing jurisdiction. This case for primary Mexican citizenship is supported by the fact that Mexico allows and encourages Mexicans resident in the US, either illegal aliens or legal residents, to vote in Mexican elections.

They are counted as Mexican citizens abroad, even if dual citizens, and their government provides widespread consular services as well as voting access to Mexicans residing in the US. As far as Mexico is concerned, these persons are not Mexican in name only, but have a civil relationship strong enough to allow a political voice; in essence, full citizenship. Clearly, all this is the expression of typical reciprocal civic relationships expressed in legal citizenship, further supporting the establishment of jurisdiction.