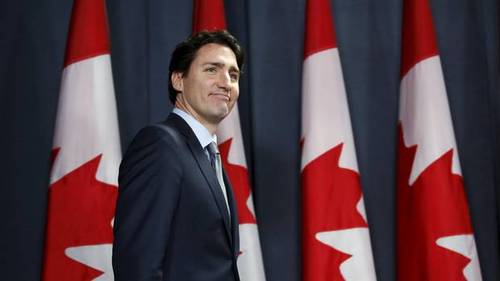 Here’s the latest from Canada’s new Prime Minister: the idea that Canada will profit from Syrian refugees.

Prime Minister Justin Trudeau will use his first international trip as an opportunity to show other nations there is an economic – as well as humanitarian – case for welcoming large numbers of Syrian refugees.

Less than two weeks after being sworn in as Prime Minister, Mr. Trudeau will participate in a summit of G20 leaders hosted by Turkey, Syria’s northern neighbour that is currently home to more than two million refugees.

Speaking at a news conference in Ottawa ahead of his departure, Mr. Trudeau said he expects Canada’s plan to settle 25,000 Syrian refugees this year will have a greater impact in terms of setting an example to others.

“I think one of the things that is most important right now is for a country like Canada to demonstrate how to make accepting large numbers of refugees not just a challenge or a problem, but an opportunity; an opportunity for communities across this country, an opportunity to create growth for the economy,” he said.[More]

This is depressing. Will anybody challenge him on this? Will Canada’s Conservative Party? Will the media? What about the unions? Not likely.