A Reader Reports "Backlash" In Britain: French Muslim In London Threatened—For Not Being Muslim Enough

From: Tom in England [Email him]

I've been waiting for the promised backlash against Muslims in European countries (I assumed it would happen as the MSM don't tend to lie about things like this...) and it turns out it's started right here in Britain! 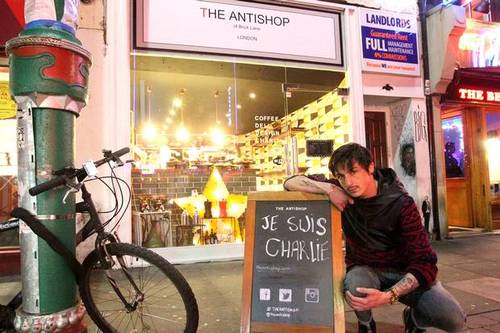 I'm not sure if it counts though as it turns out it's probably other Muslims doing the back-lashing (not entirely sure that's a word) as the following news story shows—you have to get to the end of the story for the description of the threat maker.

I imagine the chap making the threats is a 'psychologically disturbed lone wolf' as they all seem to be, I also assume you're not actually supposed to read the whole article but just assume he's being threatened because he's a Muslim rather than because of the sign.