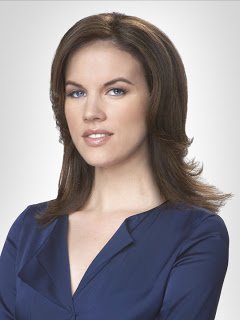 Neither the InfoBarbie nor the gutless politician had the intelligence or the courage to mention immigrants as a possible cause. Seriously; we have a deluge of Third World immigrants from countries where measles and other diseases like TB and polio are still a problem and they ignore the obvious link to immigration? It strains credulity and tries my patience.

Instead our government and media constantly advocate the non-enforcement of existing immigration laws that protect our country coupled with new laws designed to attack our freedoms and bring us down.

It's all a part of what VDARE.com calls Anarcho-Tyranny. I call it selective enforcement of the law.

The government just passes laws against everything under the sun and then enforces the laws it finds convenient. Or enforces the law against its enemies while allowing allies to break the law with impunity.

Both Republicans and Democrats say they want to help the American middle class. Okay, seal the border. Enforce the law and end the ever increasing competition for American jobs from foreign workers. Instead they propose a massive amnesty that will increase the competition for jobs and lower wages.

Instead of enforcing existing immigration law, enabling the jobless to get good-paying full-time jobs, and buy free-market health insurance, the government passed Obamacare, a blatant theft by tax code designed to eliminate the middle class.

Instead of just banning Muslim immigration and deporting foreign-born Muslims immediately after 9/11, the government chose to spy on Americans and impose new laws with harsh penalties against us instead of the enemy.

Instead of aggressively limiting foreign IT workers the government increases their quotas, blatantly forcing American citizens out of jobs.

Instead of arresting New Black Panther Party leaders for posting bounties on George Zimmerman's life, the government chose to attack the Stand Your Ground Law that protects those with the courage to arm themselves in a lawless society.