A Reader In Florida Tries To Guilt VDARE.com With Theology

From: Larry Spencer [Email him]

“And the Lord God formed man of the slime of the earth: and breathed into his face the breath of life, and man became a living soul. And the Lord God had planted a paradise of pleasure from the beginning: wherein he placed man whom he had formed.”[Genesis 2, Douay-Rheims Catholic Bible ]

And woe betide that government- America—which denies that Jesus is King and which adopted the Puritan/Whig idea of capitalism anchored in usury which denies the economic justice due to all men wherever they live.

Is there no morally obligated duty to be discharged by rich nation on the behalf of poor nations?

And if love of truth does not move men, maybe a reminder of the Last Judgment will–see the Gospel According to Saint Matthew, Chapter 25

And what of those—such as the men at VDARE.com—who oppose immigration? Have they ever sponsored a poor child in, say, Mexico?

How can any man morally both oppose immigration and refuse to freely give to the poor what he has in excess?

James Fulford writes: Mr Spencer included the picture above in his email. We have been listening to that argument for a long time—Peter Brimelow refuted it in Alien Nation, also referencing Matthew 25, KJV:

Mainline Christian denominations often cite a New Testament text to justify immigration: Matthew 25:31-46 — the Last Judgment. Christ describes a time when "the Son of Man" will divide the nations, and condemn one group to hell, saying

Naturally, the condemned nations get upset:

Then shall they also answer him, saying, 'Lord, when saw we thee an hungred, or athirst, or a stranger, or naked, or sick, or in prison, and did not minister unto thee?'

This text is interpreted surprisingly literally by liberal theologians, who usually view fundamentalism with disdain. They suggest that any "stranger" prevented from entering the United States may be, in effect, well, Jesus.

The problem, however, is this: there are rather a lot of Jesuses out there.   No conceivable U.S. immigration policy can "minister" to all of them.

I'll add that while Adam can't be called the first immigrant—he was literally autochthonous—he was the first deportee.

Here is St. Michael The Archangel kicking him and his wife out of the Garden of Eden, for not living up to the terms of their visa. 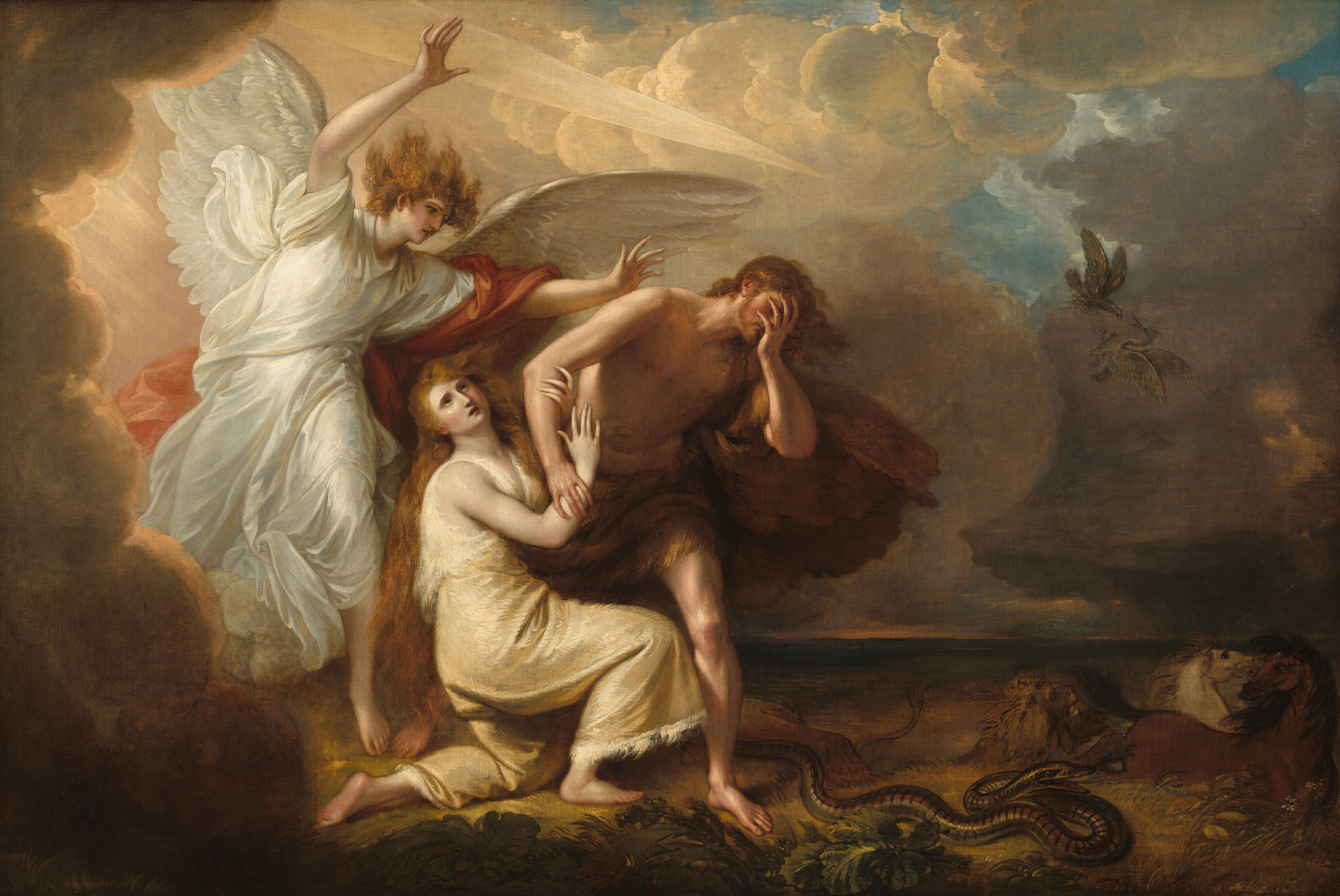