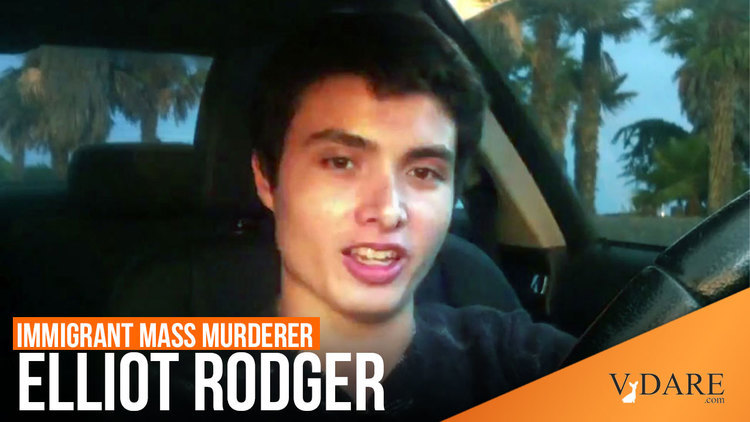 From: An Anonymous Canadian Reader [Email him]

As the misogyny angle of the California shooting unfolds, I'm also reminded of the similarities to Canada's most famous mass shooter, Gamil Gharbi, aka 'Marc Lepine'.

Even as a Canadian resident, it was years before I learned he was of mixed race and had a name change to the more white-sounding 'Marc Lepine'.

This appears to have been because of media self-censorship. The facts of his mixed race detracted from the misogyny narrative which was placed front and center.

Like the California shooter, he vented his rage on women of educational distinction, the crème of liberal society, rather than the marginalized. In dissident circles it has been called "Canada's worst honor killing", as the rationale seems to have been handed down by his Algerian father's culture.

The point is that like this one, it has always been either feminist story or a gun control story, but never an immigration story, or a story about race. This is a point I covered more generally in After The Successful Colorado Recall We Ask “Why Can Gun Grabbers Have A “Moral Panic” After An Immigrant Mass Murder, But Immigration Patriots Can’t?”