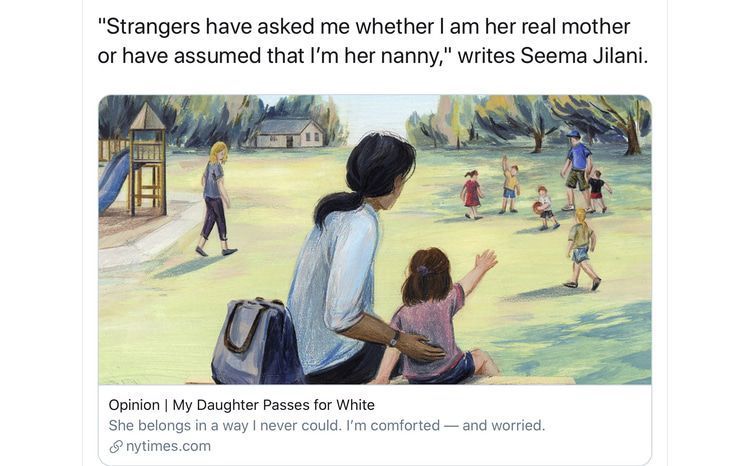 I just read Steve Sailer's blog post regarding a New York Times columnist of Pakistani heritage who was upset that her three-year daughter could "pass" as white. The author went on a fairly long diatribe about how terrible it is that her daughter will get the supposed benefits of white privilege.

For me, this article is just additional evidence for my proposition that America is never likely to become majority non-white. There are a number of current demographic trends that increase the chances of America remaining a predominantly European society. First, and most importantly, there is increasing public pressure on elected officials for immigration restriction. President Trump's election is demonstrative of this fact, and many GOP Senators and Congressmen are starting to distance themselves from the corporate lobbyists pushing amnesty. While there has not been any significant legislation (yet!), President Trump is starting to get much of his immigration agenda accomplished through the courts (i.e., the public charge rule).

Secondly, fertility rates for minorities, as reported by the CDC, are starting to drop, and they are dropping much faster than white fertility rates. The trends are most pronounced amongst black and Hispanic women.

And finally, as discussed by the New York Times columnist, the role of intermarriage is also likely to reduce the minority population. Future generations who are one-half or one-quarter minority, and can "pass" as white, are going to face social pressures to self-identify as such. Actor Rob Schneider, who is one-quarter Filipino, is usually identified as white, as is his daughter, Elle King. In the future, people who look white, but have a traceable amount of minority heritage, will probably just be classified as white in the same way that people like Elizabeth Warren are classified as white. This will be especially true if the Supreme Court eventually ends affirmative action, thereby reducing the incentive to identify as a supposedly aggrieved minority.

Steve Sailer writes: But why would they want to identify as white in an increasingly anti-white culture? Perhaps this white-looking half-white daughter will grow up to write op-eds about horrible childhood was because nobody noticed she wasn't white?