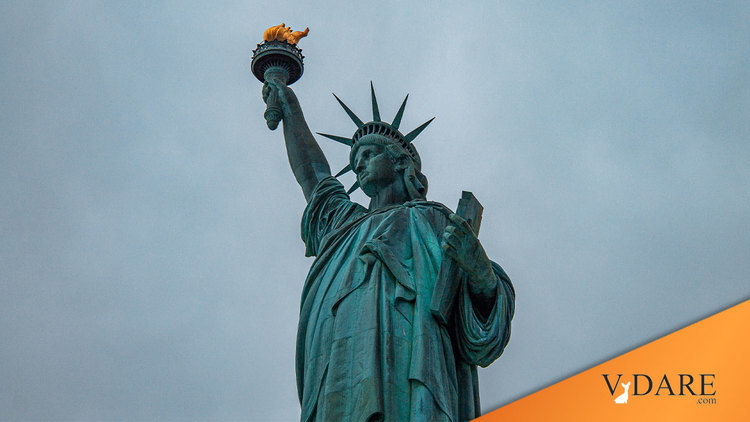 Re: A School Nurse Writes From Ground Zero In Occupied America

Dear Nurse: I find your attitude reprehensible. You RESENT that people have it better than you. (Which may or may not be true). I thought that was why our parents worked hard: To make this a better country. I thought that's why people died in wars: to create a place where people can come searching to make themselves better. Do you really think that the men and women who died in WWII cared only about their families? Those people of different colors and cultures, different languages and literacy are no different than their predecessors as immigrants.

One final point: don't know what books you read, but one I like is the Bible, and it says: we are ALL created in Gods image. Not only those that think and talk like us.

Peter Brimelow writes: Of course, "School Nurse" is spending her life providing "care" for these immigrants. Her question is why Americans should have to finance their own dispossession. Mr. Mantel's reaction shows one of my main contentions in ALIEN NATION, that the really hysterical emotion on this debate is on the immigration enthusiast side. Note the malign influence of the Statue of Liberty myth, and the complete incomprehension of the fact that Ellis Island era immigrants were legal, screened for health and propensity to become a public charge in a way which today's illegals, by definition, are not.