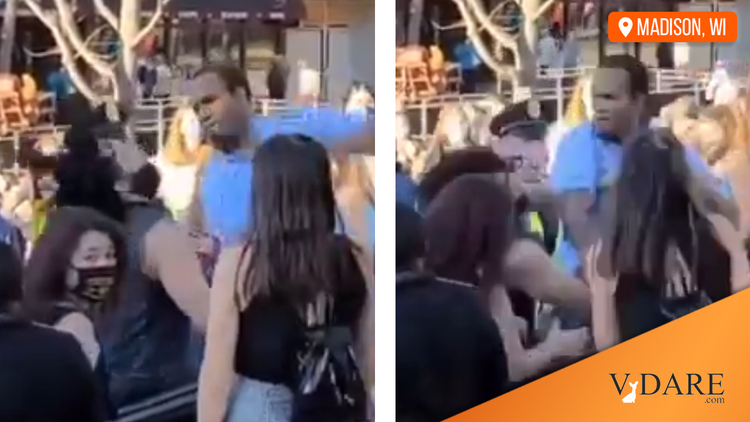 Re: Steve Sailer's Biden Vs. BLM Fight: The Coalition of the Margins Celebrates in Madison

From: An Anonymous Legal Professional  [Email him]

This YouTube clip is headed "A vicious fight breaks out at a Biden celebration rally in Madison, Wisc."

A vicious fight breaks out at a Biden celebration rally in Madison, Wisc. attended by BLM. Video by @RebsBrannon: pic.twitter.com/J4DN3QMGQe

Translation: a black person attacks a white person (in this case, a black man mercilessly hammers a smaller white women by surprise).

Did everyone think they would stop behaving like this, and lying about it, if Biden won?  It's open season on white "racists," and it's only going to get worse.