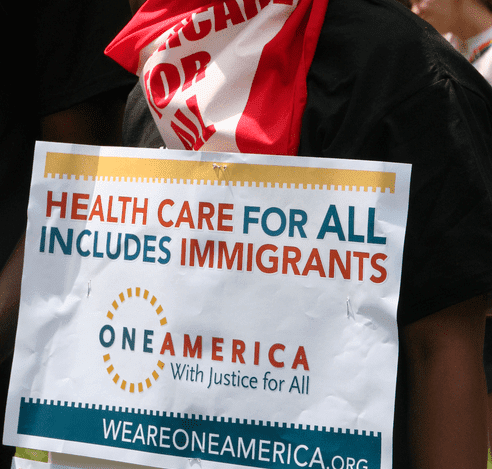 From: A Patriotic Medical Professional [Email him]

I got this in email from the American College of Physicians, a non-partisan organization. What I got was a link to a Medscape, a subscription site, but this essentially the same thing in Public Relations form:

(Washington, September 1, 2015)— The American College of Physicians (ACP) today called on physicians, individually and collectively, to speak out against proposals to deport the 12 million U.S. residents who lack documentation of legal residency status, citing the adverse impact that mass deportation would have on individuals and the health of the public.

ACP has had policy since 2011 opposing mass deportation of undocumented residents while also recognizing the need for the United States to have control over who it admits within its borders and to enact and implement laws designed to reduce unlawful entry. [more]

The reason they’re opposed to deportation is that it’s bad for the “health” of the prospective deportees and their families.

For the last 10 years, and especially with the advent of Obamacare, the left Democrats have usurped all decision making in the medical field, tending to concentrate all medical power in the hands of the Washington insiders.

We have been forced to computerize all medical care so that it is available for inspection by the government. (See Michelle Malkin’s Don't Forget Obamacare's Electronic Medical Records Wreck.) f you were to inquire as to the political affiliations of Medical School Faculty I have no doubt it would look similar to those of Law schools, being 80% Democrats.

Mr. Obama has appointed as Surgeon General an Indian born doctor named Vivek Murthy, who from his affiliations is a one world elitist. Murthy considers owning a handgun a "medical risk factor" similar to smoking or hypertension. We are one step away from his mandating that we must ask the patient whether they own a gun or have a gun in the house before we are able to see the patient medically.

The medical literature is rife with scientific studies grossly biased against the majority population. Private practice has been radically curtailed with doctors having to work for large hospital systems to make a living. Now we are being urged, in effect, to vote for the Democrats—in a journal that 10 years ago carried only medical scientific information—to preserve the health of people who have come to the US illegally and who fill many of the beds in our hospitals although never having paid anything into the system.

Although I have paid hundreds of thousands of dollars for health insurance myself, during my lifetime I have LESS priority than those who have come here illegally.