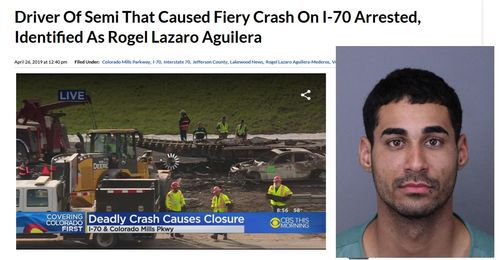 From: A Leadville, CO Reader [Email him] 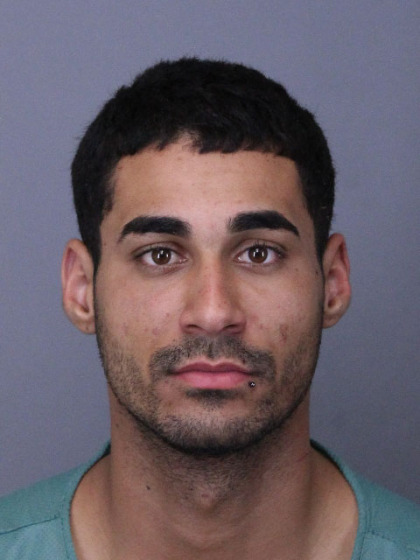 You might be aware of this, but it's definitely something to take note of, and to follow as additional information is revealed on the semi truck driver who's responsible for the recent (April 25) deadly inferno on I-70 Eastbound near Denver.

1. He's not white (Hispanic)
2. He's based out of Houston (not sure whether he was born in Mexico or Texas)
3. He's a degenerate (See the lip piercing pictured in his mugshot—not very professional, IMO)
4) He was driving recklessly (As we know, states with large minority populations such as Florida, Texas, and New York have the highest rates of uninsured and unlicensed motorists)
5) He caused one of the worst pileups on I-70 Colorado in modern history.

Here's a thorough article on the aforementioned:

A semi driver has been arrested after a deadly crash involving at least 28 vehicles on I-70 near Denver Park West Thursday afternoon. Lakewood police identified the driver as 23-year-old Rogel Lazaro Aguilera-Mederos. He now faces multiple charges of vehicular homicide related to the accident.

At least four people are confirmed dead. Those four victims were each the single-occupant in their car.

“We’re still trying to identify what some of the cars even are,” said Ty Countryman with the Lakewood Police Department.

Aguilera-Mederos was hurt in the crash on Thursday afternoon, but not seriously. Ten people were rushed to Saint Anthony hospital. As of Friday morning, all of them had been released but one. He is in good condition, according to hospital official

Below, a YouTube clip that gives you an idea of how bad the crash was:

As a resident of Colorado who witnessed the carnage just hours after it happened, I feel that this story is worth mentioning and strengthens our arguments when it comes to the dangers of lax immigration policies and embracing multiculturalism.