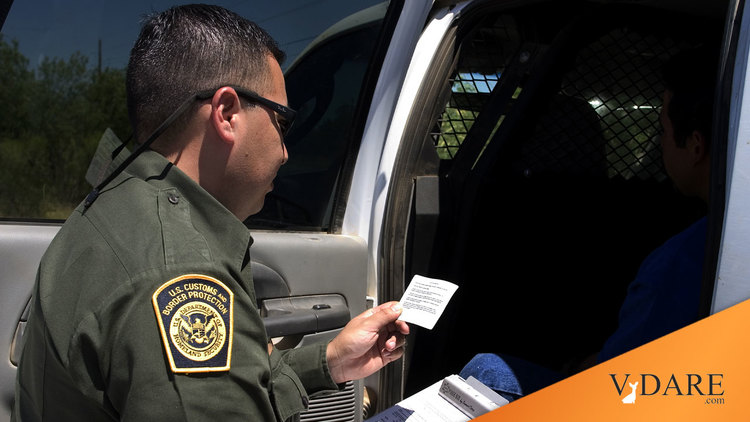 Earlier: A Former Border Patrol Agent Says Biden's Border Rush Is So Bad Apprehensions Are Maxing Out The Government Computers

From: A Former Border Patrol Agent [Email him]

I was talking with some former colleagues the other day. Right now, the Rio Grande Valley Sector is getting 2,500 aliens a day. Del Rio Station (in Del Rio Sector) has approximately 45 Border Patrol Agents on each shift. Of the 45, 30 stay in to process/feed and transport illegal aliens surrendering at the border and about 15 agents go out and actually "patrol". I put patrol in quotes because a lot of what they are doing is just picking up illegal aliens to transport back to the station where they are then either processed and released or sent back to Mexico to try to cross the border again.

Right now, all the camps (the detention facilities set up to house illegal border crossers) are sitting empty. Trump's Title 42, a Trump administration order that allows “the expulsion of recently arrived people under Title 42, Section 265 of the public health law that aims to prevent the spread of the coronavirus” is still in effect. That means that illegal aliens who are caught can be sent back to Mexico. Of course, they just turn back around and try to cross again, and again, and again, until they make it in.

Drugs and the number of gotaways (illegal aliens who gotaway without being caught) are through the roof. Border Patrol morale is non-existent.

Rumors are that more and more Border Patrol Agents are seeking to retire. That's no surprise. Those that are remaining on the job are those who are not eligible for retirement yet and those who never believed much in the job anyway, they were only after the paycheck.