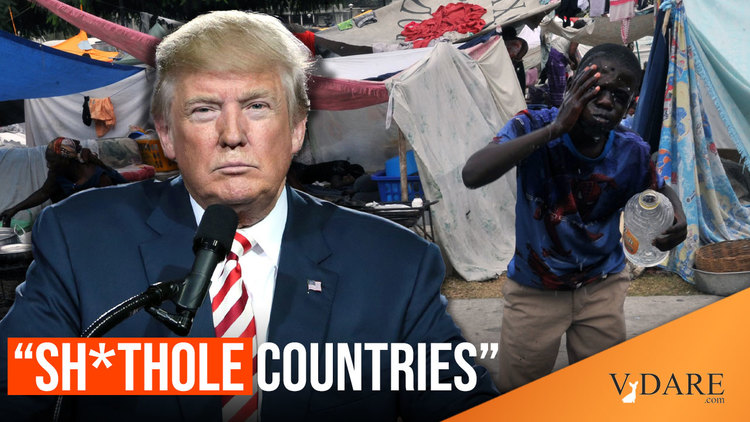 Remember when, speaking of immigration policy, Donald Trump said the Worst Thing Ever by comparing Norway to Haiti? The Washington Post reported:

Haiti and Africa? No, thanks. Trump prefers immigrants from some of the least diverse countries on Earth.

“Why are we having all these people from shithole countries come here?” Trump asked, referring to countries like Haiti, El Salvador and those in Africa. Why couldn’t we just take in immigrants from, say, Norway?

Well, it turns out that prominent black lawmakers are saying bad things about Haiti too. From the Washington Post news section:

Prominent Black lawmakers are urging the Biden administration to stop expelling migrants to nations such as Haiti that are engulfed in political turmoil, fearing that they could be harmed or killed.

Hundreds of immigrants have been swept out of the United States in recent days, a blow to groups that had been counting on President Biden and Vice President Harris, the daughter of immigrants and the first Black vice president, to halt deportations and overturn the Trump administration’s hard-line immigration policies.

Biden attempted to pause most deportations on Jan. 20, but a federal judge temporarily blocked the move. Immigration officials say the recent removals match Biden’s new enforcement priorities — such as people who recently crossed the border or who were convicted of serious crimes — but advocates say immigrants are being sent to nations where they could face danger.

“The community should not still be in panic across this nation when we have an administration that is willing to do the work of stopping these deportations,” Rep. Ilhan Omar (D-Minn.) said Friday in a call with reporters. “They have the authority to say no more flights will leave the United States.”

Migrants who cross the border are still being removed under a Trump administration order that allowed the expulsion of recently arrived people under Title 42, Section 265, of the public health law that aims to prevent the spread of the coronavirus. Advocates for immigrants tracking the flights say Immigration and Customs Enforcement has expelled approximately 900 Haitians, including dozens of children, in the past two weeks.

Advocates for immigrants say the situation is urgent, as Haiti and nations in Africa are facing varying threats.

Such as being in Haiti or being in Africa.

Haiti, the Western Hemisphere’s poorest country, has seen its democracy plunge into a constitutional crisis with allegations of a coup attempt and conflicting claims to the presidency.

Which has never ever happened before in the history of Haiti.

Guerline Jozef, executive director of the Haitian Bridge Alliance, which has been working with the families of Black immigrants, said pregnant women and dozens of children have been expelled into that environment.

“We are asking that expulsions stop immediately,” Jozef said. “We are demanding the Biden-Harris administration stop risking the lives of Black immigrants. . . . Enough is enough.”

Is it that they are black or that black countries are particularly bad?

Immigrant advocates also complained that the expulsions are occurring during Black History Month and at a time when people of color are being disproportionately affected by the coronavirus and unemployment.

Homeland Security Secretary Alejandro Mayorkas said Friday that he will allow approximately 25,000 migrants who have been waiting for months in Mexico under a program called the Migrant Protection Protocols, or MPP, to enter the United States starting next week to seek asylum. President Donald Trump created the program in fiscal 2019, the year nearly 1 million migrants crossed into the United States.

Most Haitians expelled in recent days fell into the Title 42 category, officials said, drawing concerns that Black migrants are being disproportionately affected.

The Department of Homeland Security said the vast majority of those expelled are from Latin America — which includes Black populations but is not predominantly Black.

Although a federal judge has halted the Biden administration order pausing deportations, advocates for immigrants say the DHS could use its discretion to stop the flights and reexamine the deportations.

Advocates say Black immigrants felt targeted under the Trump administration and worry that many of his policies remain in place. Trump issued a ban on travel from many Muslim-majority nations, which also targeted several predominantly Black countries, and used an epithet to refer to nations that included Haiti and parts of Africa.

Homelands that it would be inhumane to send illegal immigrants back to, according to these black Congresspeople.

Approximately 1 in 10 Black people in the United States are foreign-born, according to the Pew Research Center.

Vastly more sub-Saharans have arrived in the U.S. in recent decades than during the slave trade.

… “The return of a family is a solemn and heartbreaking event,” DHS spokeswoman Sarah Peck said in a statement. “That is especially true when the country of destination suffers instability, violence, lack of economic opportunity, or other challenges.”

Countries that display “lack of economic opportunity” is a pretty broad category.

ICE deported New York resident Paul Pierrilus to Haiti on Feb. 2, even though he has never been to that country and has lived 35 of his 40 years in the United States.

He had fought deportation since 2004 after a drug conviction.

It only took 17 years to deport him. The tyrannical Trump Administration’s 4 years weren’t enough, evidently.

His parents are of Haitian descent, but they are U.S. citizens and Pierrilus was born on the Caribbean island of St. Martin.

Haiti had never recognized him as a citizen, he said, but an immigration judge ordered him deported more than 16 years ago and he lost his appeals. 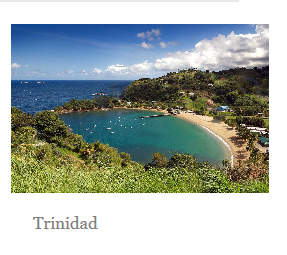 Remember ethnic activist/white collar criminal Ravi Ragbir, whom the authoritarian Trump Administration wanted to deport back to the hellhole horrors of life in Trinidad over his conviction for mortgage fraud in the 20th Century, and whose appeal the ex-President’s older sister ruled was derisible 19 years ago?

“These people are not being sent to Europe,” Jones said. 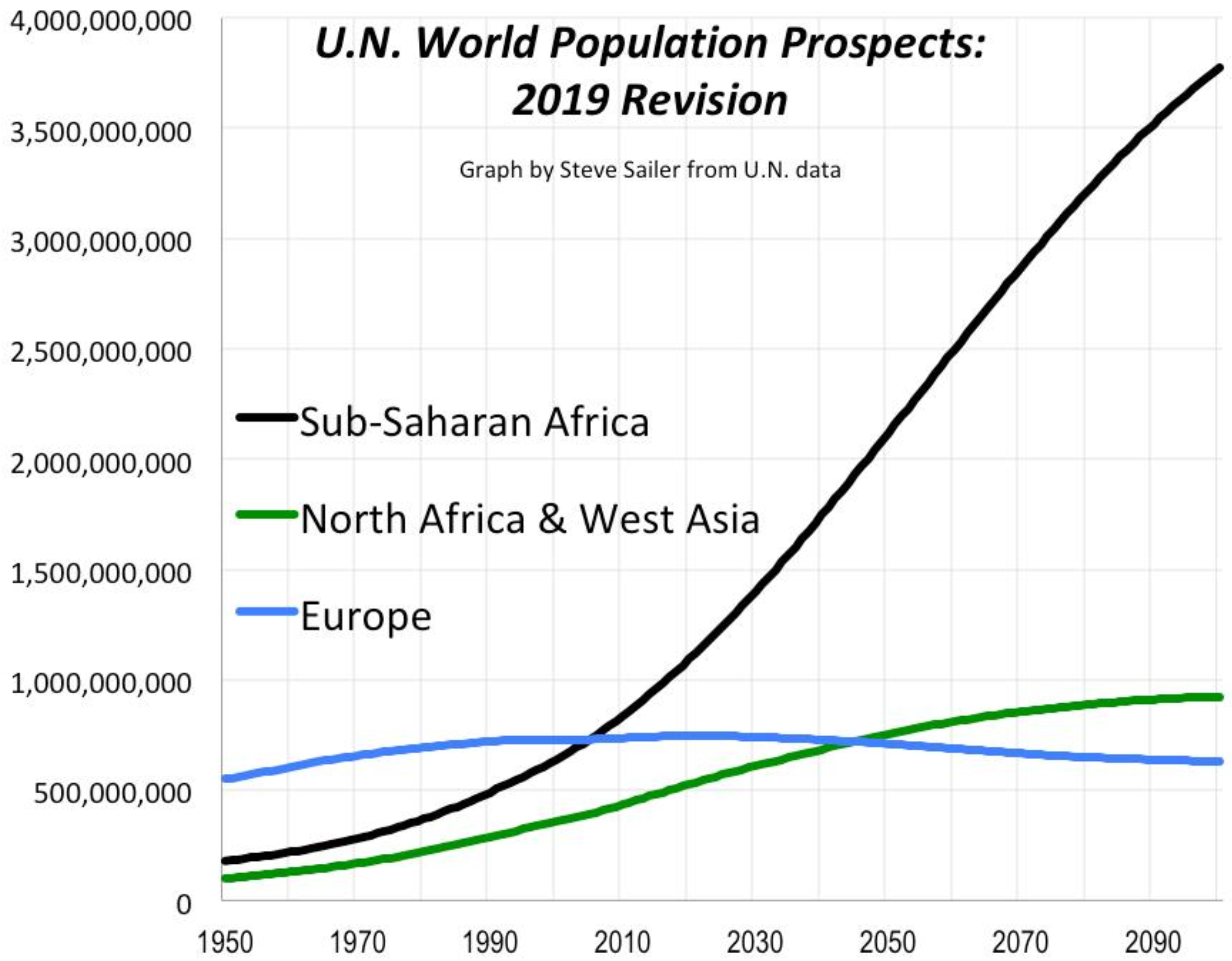 “ICE continues to be a rogue agency populated by people who share Donald Trump’s racist ideology. White supremacy permeates the agency and it must be brought to heel.” …

In other words, black-run countries are awful because … uh … because … because White Man Bad.

I’ve been pointing out for years that the World’s Most Important Graph demonstrates that the little-remarked population explosion in Africa is a looming threat to any country that can’t summon the gumption to say, “Yeah, sorry, but we’re going to discriminate against black immigrants.”