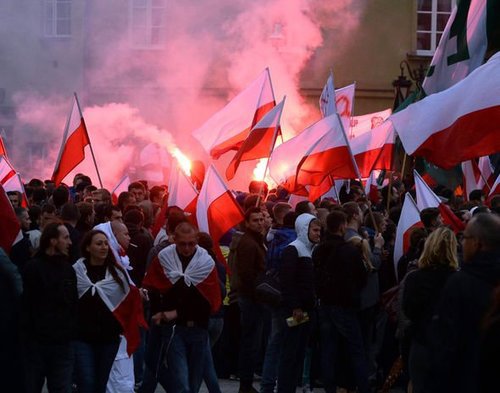 Re: James Fulford's blog item Jennifer Rubin: Let In The Syrians, Keep Out The “Belgians”

From: Left Behind in Chicago [Email him]

Here in Chicago the local liberal media is doubling down in a different way: those wanting to suspend or restrict Syrian Muslim migration are the same as those evil WASPs who condemned Jewish children to the Nazi holocaust:

“No refugee group was welcomed in this country. From the Irish in the 1840s onward, all were diseased subhumans bringing crime and strange ways who could never fit in to the American dream. Ditto for the Chinese — our first anti-immigration laws were to keep them out. Ditto the Italians. And the Eastern Europeans. In the late 1930s, 83 percent of Americans — about as close to unanimity as you can get — were against easing America’s draconian immigration laws to admit Jews frantic to get out of Germany. A Congressional bill that would have admitted 20,000 German children under the they’re-so-cute-when-they’re-young exemption died in committee.

Why? Well, c’mon, they were Jews. Nobody wanted Jews around, for lots of reasons just as specious as the reasons the governor wants to yank away the welcome mat that isn’t there for Syrians. The Jews were also seen a threat, and if few here sincerely thought they kidnapped Christian children and drank their blood, they knew they took jobs and college berths that God intended for real Americans. In 1939, the Illinois chapter of the American Medical Association, aided by the patriots at the American Legion, pushed a bill in Springfield that would have banned immigrant doctors from practicing here until they became naturalized citizens, a process that took seven years at the time.” Steinberg: Give Rauner a break, November 17, 2015