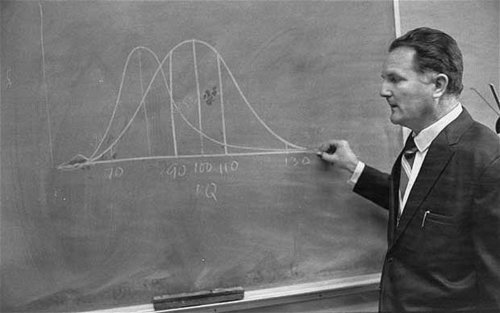 A Canadian Reader Wonders If The Canadian MSM Is Reading VDARE.com On Racial Differences

Re: A Toronto Reader Is Skeptical Of The Idea Of “Importing A Million Poor Africans” To Canada

Doug Saunders  [Email him] the Globe and Mail columnist who thinks Canada needs a million poor Africans, writes in this Saturday's Globe and Mail about race realism or as he prefers to call it "theories of racial inferiority." This paragraph makes me wonder if he's been reading VDARE.com:

A handful of books and articles by notorious racial thinkers, ignored or dismissed elsewhere, have taken on an outsized life: Consider the 1994 book The Bell Curve by right-wing activist Charles Murray and Richard J. Herrnstein (its claims of racial intelligence differences were based on the discredited 1980s racial theories of Canadian psychologist Philippe Rushton); the racial rantings of pioneering geneticist James Watson (which led to him being drummed out of the scientific community); and most recently journalist Nicholas Wade’s book, A Troublesome Inheritance: Genes, Race and Human History. This latter book claims that the successes and failures of the world’s “racial” groups were genetically determined. Its key racial claims have been denounced as false not only by major scientific journals but also by a group of 139 top human-population geneticists, including the ones whose research Mr. Wade drew upon to reach his conclusions.[Links added.][Decoding the new language of racial hierarchy, by Doug Saunders, The Globe and Mail, December 19, 2015]

Saunders, of course, doesn't like Donald Trump and writes about Trump supporters with contempt thinly disguised as sympathy(he refers to the “xenophobia and resentments of disenfranchised voters”): Trump’s true believers: How he’s gone farther than Europe’s far right, and who got him there, December 13, 2015.

I can understand why Americans might not care what a smug Canadian columnist thinks, but unfortunately in my country Saunders is a well respected journalist. I have educated friends who often mention his columns.