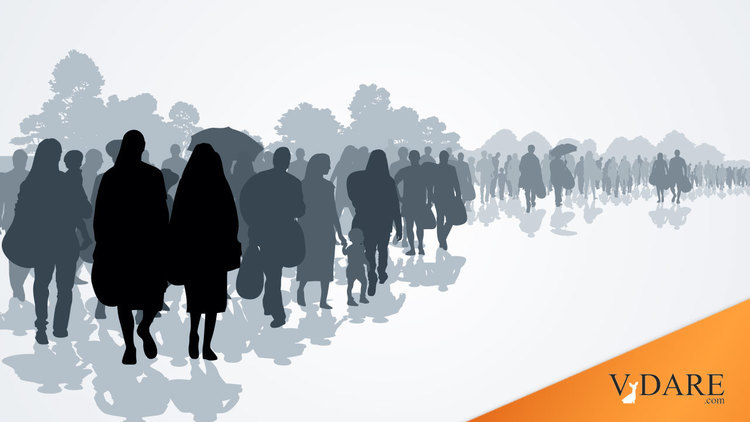 A Canadian Reader Says The Problem Is Not Declining Population, But Incoming Replacements

Re: Pat Buchanan's column  Can Japan Rise Again? Or Will Demographics Doom Her And The West As Well?

To me the problem is not a declining birthrate so much as preventing immigration from ethnically and racially different people(s) to Japan and elsewhere. So long as the only ethnic group inhabiting Japan is Japanese then a population decline is not so serious since the indigenous Japanese are not in competition for Japan with an alien outside ethnic group.

In Europe during the medieval period the bubonic plague wiped out a third of the continent's population in just a few years. But since Europe had no ethnic or racial foreigners inhabiting its lands things eventually worked out. In time Europe recovered. In fact for those who survived conditions improved. The nobility now had to treat the peasants much better since they were far fewer of them and in high demand—a tight labor market indeed.

"The black death is the best friend that ever the common folk had in England."

"How that then?" asked Hordle John.

"Why, friend, it is easy to see that you have not worked with your hands or you would not need to ask. When half the folk in the country were dead it was then that the other half could pick and choose who they would work for, and for what wage. That is why I say that the murrain was the best friend that the borel folk ever had."

Of course, we don't need or want a plague or natural disaster. But would it be a demographic disaster if America's population dropped numerically, due to a low birthrate—if they were all Americans? Many people thought America was a pretty good country when it only had 140 million people.