Re: THE FULFORD FILE: The Great Replacement—Not One WASP Male On NYC Commission That Voted To Remove Jefferson Statue

A California Reader [Email her]

Regarding the exile of Thomas Jefferson from NYC’s City Hall: James Fulford is of course correct in his analysis.

However, of “a very large number of Jews” he claims to find in NYC’s 11-person Public Design Commission, I count two definite Jews, Ethel Sheffer and Merryl Tisch, and a possible-to-likely one, Philip E. Aarons.

Does Mr. Fulford know any more? How so? 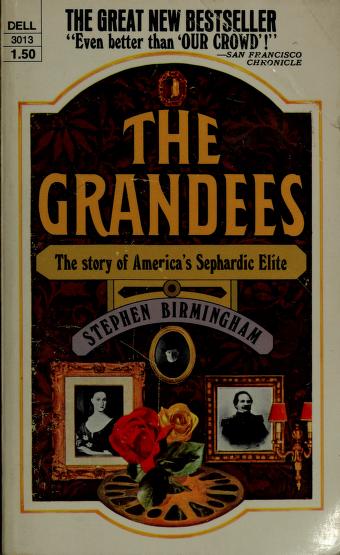 It was more the "visible minority" members of the commission that I was focusing on, but I'm happy to answer this question.

Deborah Marton is definitely Jewish. She was appointed executive director of Shearith Israel Synagogue in 2011, and that may mean, by the way, that her ancestors were in America at the time of Jefferson’s Declaration. (See Stephen Birmingham’s book The Grandees: The Story of America's Sephardic Elite.)

I’m pretty certain about Philip Aarons, who is a finance guy, art collector, and married to a psychiatrist named Shelley.

Karen Kiehl is a name that could be German-American, but she’s also a veteran of Goldman Sachs, where she served as the CIO of the Merger Department.

Susan Morgenthau is, as I explained in the article, not ethnically Jewish, and I suspect her family isn’t religious at all, since, though she’s Robert Morgenthau’s daughter-in-law, her husband, Robert Pattridge Morgenthau, was also the child of a mixed marriage.

In spite of all that, we would still have to count her as Jewish, if we’re asking, “Is there a very large number of Jews on this commission?”

Add Sheffer and Tisch and that would be six out of eleven, a lot for an ethnic group that is only 2.3 percent of America’s population, and 13 percent of New York’s.