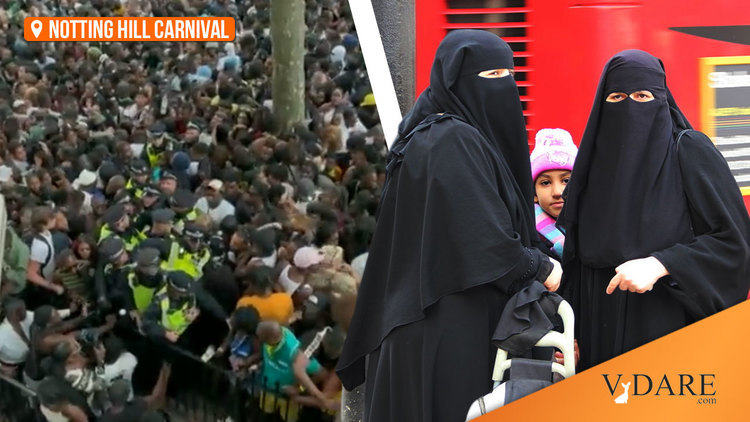 Re: My Visit To London: John Cleese Was Right. It’s No Longer English

From: A British Reader [Email him]

I enjoyed Eugene Gant’s article; however, ending it with a tip of the hat to Farage (who I do like) misses a big reason why Britain is so unbelievably screwed.

Farage won’t go against the real problem in the U.K., which is the City of London (Britain’s equivalent of Wall Street) and the British Royal Family, who are the front for this criminal oligarchy running the country down the drain.

Since you cannot upend them with Farage, who will be the lightning rod for the British middle class?

Sadly, the British are done for because they can’t give up this legacy Royal Family criminal cartel. The only side which can make any impact to solve this virus in power would have come from the Left and that may kill the host entirely.

James Fulford writes: I don’t know if the British Royal Family is a criminal cartel, but it has certainly failed to protect the British people from the Great Replacement. See  Monarchy, Nation-States, And The Failed Reign of ”Elizabeth The Useless” and Thoughts on the Queen’s Diamond Jubilee: Sixty Years a Rubber Stamp.