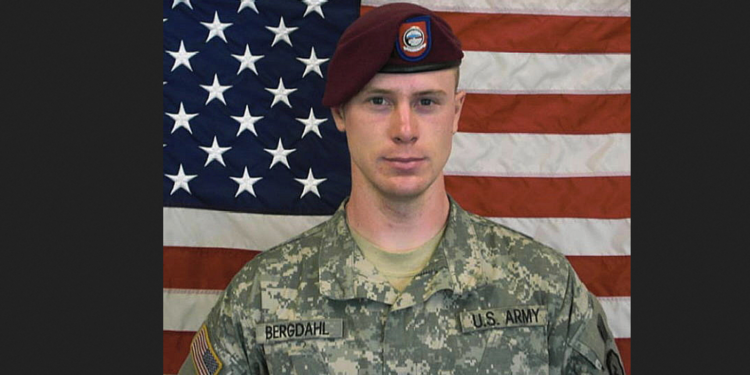 You Bet This Is Swiftboating! Servicemen Told The Truth About Bergdahl And Kerry Both

While the Obama administration tortures the Benghazi raid suspect into a false confession that a YouTube video made him attack our embassy, let's review what his "capture" is meant to distract us from:

(1) The IRS' Lois Lerner claims her computer crashed, destroying all her emails to the White House, congressional Democrats and the Department of Justice, at the very height of the IRS' targeting of tea party groups. Six other IRS officials now claim their emails are also missing. (Have they tried shutting down their computers and restarting?)

Rosemary Woods erased part of a White House tape nearly half a century ago, and Chris Matthews is still talking about it.

(2) Soon after he became president, Obama pulled every last troop out of Iraq, despite the fact that the war was over and we had won. Now Iraq is on fire, torn apart by terrorist invaders. We still have more than 100,000 troops in defeated Axis powers Germany, Italy and Japan. But Obama couldn't leave a few troops in Iraq simply to preserve our victory. Now it's gone.

(3) In the worst deal in history, Obama traded five hardened terrorists—specifically chosen by the Taliban—for an American who is a probable deserter.

Don't whine about not "knowing" if Sgt. Bowe Bergdahl was a deserter. It's not a big secret. The Pentagon investigated Bergdahl's disappearance back in 2010 and concluded that he had walked away from his unit of his own free will. This guy did everything but fill out one of those "change of address" postcards redirecting his mail to the local Taliban post office.

The left has reacted to the embarrassing truth about Bergdahl by:

(a) Denouncing Republican congressmen who initially posted happy tweets about Bergdahl's release, and then deleted those tweets—probably on orders from Fox News!

Yes, exactly. This is precisely what "swiftboating" is: The truth about a serviceman from the people who actually served with him. Similarly, the attacks on John Kerry came from the men he served with, not the Republican Party.

To the contrary, John McCain, who never served with Kerry, called the Swiftboat Veterans for Truth "dishonest and dishonorable." (You nominated him!) President Bush requested that they take their ads off TV.

"One day (Kerry's) saying that we were shooting civilians, cutting off their ears, cutting off their heads, throwing away his medals or his ribbons. The next day he's standing there, 'I want to be president because I'm a Vietnam veteran.' Maybe he should apologize to all the other 2.5 million veterans who served. He wasn't the only one in Vietnam."

It is precisely because the truth about Bergdahl didn't come out until after he had been released that Republican members of Congress initially sent out those "Welcome back!" tweets. They didn't know the truth about Bergdahl, and neither did most people, until his fellow soldiers spoke up. Even people in his own hometown ended up canceling a Bergdahl homecoming celebration in response to the accusations of his platoon.

Bergdahl's comeuppance didn't come from some right-wing Wizard of Oz in the fevered brains of MSNBC hosts: It came from members of Bergdahl's own unit in Afghanistan.

The reason these soldiers hadn't said anything until Bergdahl's release was that, as a condition of leaving Afghanistan, they were required to sign gag orders prohibiting them from discussing Bergdahl. (It's strange; liberals usually don't like gag orders, but they don't seem to mind this one.)

After Bergdahl's release—heralded by a ceremony in the Rose Garden that included a shout-out to the Taliban—the soldiers decided those agreements were moot.

It apparently never occurred to Obama that the troops Bergdahl abandoned would not be popping champagne corks at the news of his release. (Nor did it occur to Rolling Stone. The 2012 article about Bergdahl spoke of the "hope" of Bowe's old unit that "a deal could get done" with the Taliban for his safe return. Remember the good old days when you could get reliable military intel from a left-wing music magazine written by half-brights?)

Democrat adventures with the military have included that ridiculous photo of little Mike Dukakis in the tank. There was Bill Clinton's letter explaining that he needed a nuanced way to dodge the draft during Vietnam in order to "maintain my political viability." We had John Kerry, who thought it would be a great idea to remind Americans that he was the guy who came back and crapped on his fellow soldiers in Vietnam. John Kerry, reporting for duty.

And now we have Obama, who gazes upon deserter Bowe Bergdahl and thinks his return will be a feel-good American story.

So maybe the guy deserted. Hasn't Obama pushed girls, gays and transgenders on the military? Why the pushback this time?

The Democrats' only concept of how to support the troops is to treat them like their other constituent groups—single women, blacks and the poor—and offer them more government benefits.

I'm fairly certain what the troops would really prefer is to be left alone by liberals.

How about no free college tuition—and not forcing the military to accept open homosexuality? How about fewer increases in military pensions—and no Defense Department-funded transgender operation for gay traitor Bradley Manning? How about skimping on PTSD therapists—and no girl generals?

The military doesn't ask for a lot. Soldiers just want to do their job, which is to kill people and break things, not to be nurturing to women, gays and traitors.

The troops don't complain much, but when they do, there is nothing more devastating than a real "swiftboating."