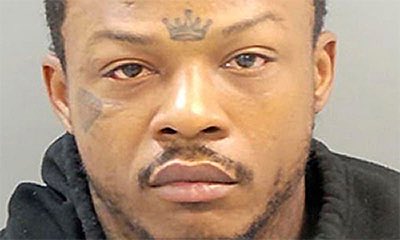 Earlier: Fanning the Flames of Another Black Church Arson Hoax

Here we go again: another liberal narrative burned to a crisp.

Over a two-week period in October, an arsonist targeted seven churches in the St. Louis area — including several in Black Lives Matter protest hotspot Ferguson, Missouri.

The Atlantic magazine, invoking the "long history of terrorism against black churches in America," lamented that the crime spree had been "slow to get the same attention" in the local and national media as another string of church arsons that occurred earlier this summer.

Reminder: Several of those hyped hate crimes against "black churches" had been committed by black suspects; a significant number of the "black churches" were, in fact, white churches; and the complex motives behind the crimes included mental illness, vandalism and concealment of theft.

Reminder: The same hyperventilators who stoked fears about this summer's church incidents had also stoked hysteria about the 1990s black church arson "epidemic" that fell apart under scrutiny and ended with USA Today admitting that "analysis of the 64 fires since 1995 shows only four can be conclusively shown to be racially motivated."

Except, they didn't. Again.

Last week, police charged 35-year-old David Lopez Jackson, who is black, with setting two of the fires. "Forensic evidence linked him to the fire on Oct. 18 at Ebenezer Lutheran Church, 1011 Theobald Street," the St. Louis Post-Dispatch reported, and "video of his car near New Life Missionary Baptist Church, 4569 Plover Avenue, links him to the fire there on Oct. 17, police Chief Sam Dotson said." Jackson is a suspect in the other fires and additional charges are pending.

The arrest follows another black church hate crime spree-gone-bust in my adopted hometown of Colorado Springs. In late June, after a pair of churches received menacing notices ("Black men, be aware, you are the target," read one), black suspect Vincent Broughton admitted to posting the ugly signs.

And yes, Colorado Springs is also the home of the January 2015 NAACP office bombing that wasn't.

In Texas last week, a professor who cried "racism" against police officers was exposed as a fraud when dashcam video showed the cops politely asking her to move to the other side of the street while exercising—so she wouldn't get run over.

In Berkeley, California, this week, high school and University of California students cranked up the protest machine and walked out of classes en masse over dubious "KKK" messages discovered on a school library computer. The texts threatened a "public lynching," used the n-word, and referenced a hanging in a backyard.

Of course, suspicion is warranted: Almost a year ago, Berkeley students similarly exploded after effigies of blacks hung from nooses appeared on the UC campus. It turned out they were hung by a "Bay Area collective of queer black and PoC [People of Color] artists" to raise awareness.

Unrepentant race hustlers go bonkers when advised to approach these alleged hate crimes with caution. Anyone showing an iota of skepticism or journalistic responsibility is branded a bigot or collaborator. If you're a racial or ethnic minority who expresses doubt or hesitation, you're a sellout or Uncle Tom/Aunt Tomasina.

This is nuts. There's a long, shameful trail of hate crime hoaxes exploiting racial division in America that can no longer be whitewashed by the media and academia. The real sellouts are the phonies and fraudsters "of color" who must manufacture racism for attention, clicks and career advancement while victims of all backgrounds pick up the pieces.