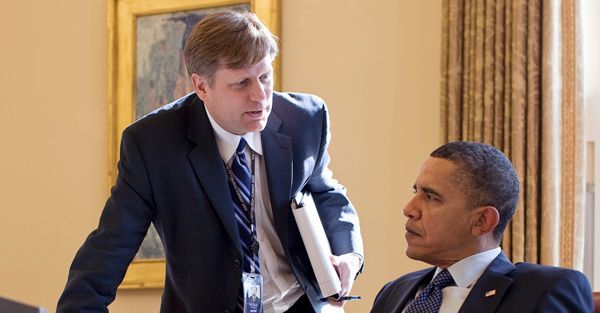 Who Commissioned Us to Remake the World?

U.S. Ambassador Michael McFaul, Obama's man in Moscow, who just took up his post, has received a rude reception. And understandably so.

In 1992, McFaul was the representative in Russia of the National Democratic Institute, a U.S. government-funded agency whose mission is to promote democracy abroad.

The NDI has been tied to color-coded or Orange revolutions such as those that dethroned regimes in Serbia, Ukraine, Kyrgyzstan, Georgia and Lebanon. The project miscarried in Belarus.

The NDI is one of several agencies, dating to the 1980s, that were set up to subvert communist regimes. With the end of the Cold War, however, these agencies were not decommissioned, but recommissioned to serve as something of an American Comintern.

Where the old Comintern of Lenin sought to instigate communist revolutions across the West and its empires, post-Cold War America decided to promote democratic revolutions to remake the world in the image of late 20th century America.

Vladimir Putin's men are not unreasonably asking if he was sent to Moscow to finish that revolution. Putin has already accused Hillary Clinton of flashing the signal for street demonstrations to begin—to protest Russia's December's elections.

Nor is it surprising the Putin's people are suspicious of McFaul, who added to his problems by meeting with anti-Putin dissidents the day after he presented his credentials.

McFaul says this is part of his "dual-track engagement" with Russian society. Before leaving for Moscow, he told NPR's "Morning Edition": "We're not going to get into the business of dictating (Russia's) path (to democracy). ... We're just going to support what we like to call 'universal values'—not American values, not Western values, universal values."

But what, exactly, are these "universal values"?

And who are we to impose them on other nations? Did Divine Providence assign us this mission? Who do we Americans think we are?

In America, women have a constitutional right to an abortion. Scores of millions have availed themselves of that right since Roe v. Wade. Yet traditionalists of many faiths—Catholic, Protestant, Muslim, Orthodox and Jewish—reject any such woman's right and regard it as a moral abomination.

Do homosexuals have a right to cohabit, form civil unions and marry?

In a few American states, yes; in others, no. But try to impose those values on nations of the Muslim and Third Worlds, where homosexuality is a moral outrage and even a capital offense, and our ambassadors will find themselves in physical peril.

Does McFaul believe democracy is a universally superior system of government? Yet our own founding fathers detested one-man, one-vote democracy. Democracy does not even get a mention in the Constitution, the Bill of Rights or the Federalist Papers.

The author of the Declaration of Independence, Thomas Jefferson, believed society should be ruled by a "natural aristocracy" of "virtue and talent."

If the promotion of democracy is a mission of our diplomats, are we to subvert the monarchies of Morocco, Jordan, Bahrain and Saudi Arabia?

When we see how democracy empowered the Muslim Brotherhood and Salafis in Egypt, Hamas in Gaza and Hezbollah in Lebanon, does it even make sense to insist that it be embraced by nations where the populations are pervasively anti-American?

What is the universally right stand on capital punishment—the Rick Perry position in Texas or the Andrew Cuomo position in New York?

In the United States, all religions—Santeria, Wicca, Islam, Christianity—are to be treated equally and all kept out of the public square and the public schools. In a Muslim world that contains a fifth of mankind, Islam is the one true faith. Rival faiths have few or no rights.

Are we going to push the Islamic world to treat all religions equally?

We celebrate religious, racial and ethnic diversity. The Chinese, who persecute Uighurs, Tibetans, Christians and Falun Gong, detest that diversity and fear it will tear their country apart.

We believe in freedom of speech and the press.

If America wishes to lead the world, let us do it by example, as we once did, not by hectoring every nation on earth to adopt the American way, which as of now, does not seem to be working all that well for Americans.

McFaul should stick to his diplomatic duties.

Jefferson had it right, "We wish not to meddle with the internal affairs of any country."

Patrick J. Buchanan needs no introduction to VDARE.COM readers; his book State of Emergency: The Third World Invasion and Conquest of America, can be ordered from Amazon.com. His new book – Suicide Of A Superpower: Will America Survive to 2025?? was released in October 2011. His previous  book,  Churchill, Hitler, and "The Unnecessary War": How Britain Lost Its Empire and the West Lost the World,  was reviewed here by Paul Craig Roberts.