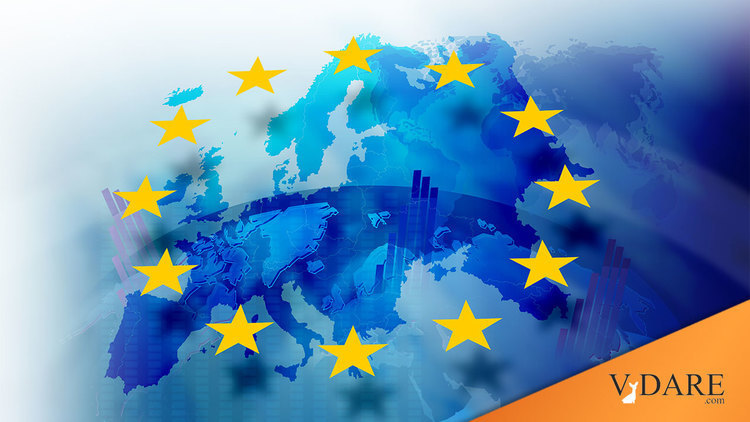 British Prime Minister Tony Blair has survived with a wrist slap the first parliamentary committee's report on the false claims he made about Iraqi weapons of mass destruction. But other, more determined, inquiries are underway, and a new imbroglio is brewing over what the proposed European Constitution means for Britain.

A substantial minority of Blair's own Labour Party want to make him pay for lying his way to war. Cynics say that it is not Blair's lies - a politician's stock in trade - that upset the left-wing of his party. Instead, the anger comes from Blair having manipulated his country into supporting a foreign military adventure led by an American Republican president.

The British political left-wing already was displeased with Blair because of his moderate domestic policies. Blair's support of the U.S.-led invasion of Iraq convinced them that he is indeed a turncoat.

Iraq could still bring about Blair's downfall, especially if a Shiite uprising in the south were to massacre the remaining British occupation forces. But, all in all, for the British Iraq is about losing a few lives in support of American foreign policy, something that Americans did for the British to far greater extent in World War II.

Potentially, a greater threat to Blair comes from what Michael Pinto-Duschinsky, writing in the Times Literary Supplement [pay archive] calls the "deliberate obfuscation" by the Foreign and Commonwealth Office of the meaning of the European Constitution for British sovereignty. Britain is disappearing without a debate, and this is a deception that means something.

Readers familiar with the hilarious TV series, "Yes, Minister," depicting the power of the unaccountable permanent government over British cabinet ministers, will have no difficulty understanding Mr. Pinto-Duschinsky's analysis.

A decade ago Mr. Pinto-Duschinsky undertook to do an investigative series for the London Times about the boundary between British government and European Union authority over a range of mundane everyday matters such as the requirement for seat belts in buses. The idea was to illustrate the erosion of sovereignty via the loss of power over a large number of small matters.

Mr. Pinto-Duschinsky reports that after two articles in the series were published, he was called to the Cabinet Office and told by a senior official that instructions had been issued throughout the government that no one was permitted to speak with him except press officers.

"It was considered impolitic," he writes, "to let readers of The Times (or cabinet ministers, for that matter) know whether the British government had the power to take decisions on hundreds of everyday matters of policy and administration."

That was a decade ago. Today "the British public is being subjected to a barrage of statements about the European Constitution's supposed unimportance." The document that abolishes national sovereignty is being presented as "a mere 'tidying-up' exercise," a "simplification of existing treaties."

There are two levels of obfuscation. The British people are being misled about the implications for their sovereignty and system of law of being submerged into a 21-country political union. On top of this, the European Constitution itself is an obfuscation. Who will determine its meaning?

Mr. Pinto-Duschinsky points out that the Constitution is written in abstruse, unusual words that require a special dictionary and in ordinary words assigned special meanings. Multiply these terminological complexities by the 21-languages of the EU and the result is legal pandemonium.

Add to this Mr. Pinto-Duschinsky's list of seven different visions of the meaning and purpose of European Union. The outcome: "bureaucrats and judges are bound to gain power at the expense of voters." People will "participate" in their governance the way audiences participate in sports events.

The incremental erosion of British sovereignty since 1973 has allowed a succession of prime ministers to evade a national debate. The cumulative effect of the incremental deals leaves Tony Blair facing the abolition of Britain on his watch.

Blair cannot pass on the sinking ship, Sovereignty, to the next watch.

National extinction has a way of focusing the mind. Although many Britons are demoralized by the erosion of British values resulting from third world immigration and asylum seekers, others seem determined to remain British as long as immigration permits.

If Tony Blair turns his countrymen into Europeans without their consent, he will have raised deception to new heights.

Paul Craig Roberts is the author of The New Color Line: How Quotas And Privilege Destroy Democracy, with Lawrence M. Stratton.