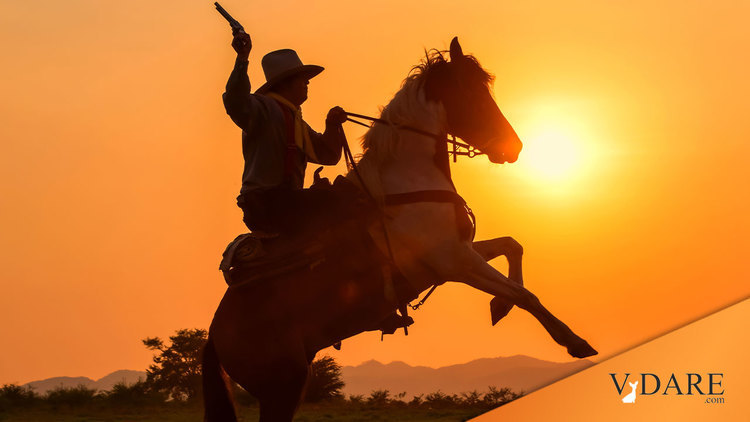 For Americans who care about Western heritage, open spaces, animals and cowboy lore, the place to be from January 22nd to January 26th is Elko, Nevada, the home of the 21st Annual National Cowboy Poetry Gathering.

The mission of the Western Folklife Center, the Poetry Gathering's host, is to "enhance the vitality of American life through the experience, understanding and appreciation" of the American West.

Revered cowboy poet Waddie Mitchell—who once managed a 36,000 acre ranch in Jiggs, Nevada— recalled that when the first poetry gathering was held, a few locals set up some folding chairs in the Elko Junior High School auditorium.

"I didn't think anyone would show up. But I figured for the few who did, we would probably have a pretty good party," said Mitchell.

But to Mitchell's surprise, more than 2,000 fans trekked to Elko. And attendance at the gathering has increased every year to nearly 10,000 people from all over the world.

More than 150 poetry gatherings are held throughout the west. But in 2001 the U.S. Senate declared Elko, because of its success, the home of the "Official National Cowboy Poetry Gathering."

The first thing to understand about going to the Poetry Gathering is that regardless of where you might live, getting to Elko in Nevada's Great Basin during the dead of winter is no small feat.

From Lodi, in good weather, the trip takes about eight hours.

If you should be unlucky and hit snow over the Sierras—highly probable—then there is no telling how long your journey may be.

But once in Elko, a wonderful week lies ahead. Everyone is caught up in the expansive spirit of true westerners who have traveled from far and wide to share their stories.

Even reporters from "New York City" are enthralled. Writing for the New York Times Magazine, Sara Davidson, in her article "Get Along Little Doggerel" commented: "I don't believe, for example, that I would have traveled five hours to attend a festival of stockbroker poetry." But, "From the first day in Elko, I was charmed."

At the beginning of the week, the Western Folklife Center offers workshops on western arts and crafts. This year, seminars on horsehair hitching, making a pulled wool saddle blanket and creating a family encyclopedia are open to the public.

Of special interest—to me, at least— is the Italian Ranch Cooking workshop. According to the brochure:

"Many people traveled far from their homelands to live and work in the West as cowboys, sheepherders, and ranchers. Among the immigrants to Elko were the Italians. Join local Italian women as they prepare a traditional Italian-American meal that would be representative of what they would have fed to a haying or branding crew."

The workshops lead up to the gathering's main event: the cowboys reading their poems and singing their songs.

While critics are quick to label cowboy poetry and song as doggerel, I disagree. Much of it is sophisticated and almost all of it is inspirational. When you hear the cowboys tell their stories of life on the land, it is impossible not to be moved.

Mitchell, who as a young boy worked with his father on ranches in remote corners of Nevada, spins yards—as he likes to say— about moments grand and commonplace, humorous and tragic that he describes as timeless. All Mitchell's tales revolve around life and death struggles recognizable to all.

Explaining why cowboy poetry has such universal appeal, Mitchell said:

"All the time I was growing up we had these old cowboys around. When you live in close proximity like that with the same folks month after month, one of your duties is to entertain each other, and I suppose that's where the whole tradition of cowboy poetry started. You find that if you have a rhyme and a meter to start that story, people will listen to it over and over again."

The University of Wyoming recently appointed Mitchell an Adjunct Professor based on his "real world credentials that Waddie possesses in wealth."

Mitchell said that accumulating those credentials is part of the cowboy life.

If you cannot get to Elko, you still have several excellent options. Most of the Cowboy Poetry Gathering events in the main auditorium will be broadcast live over the Internet through links found at the gathering's web page: www.westernfolklife.org

Four outstanding recordings produced by the Western Jubilee Recording Company offer a fine introduction to the best of the cowboy poets:

And to complete your collection, add "Buckaroo: Visions and Voices of the American Cowboy"—a coffee table book which includes one CD.

Joe Guzzardi [ email him], an instructor in English at the Lodi Adult School, has been writing a weekly column since 1988. It currently appears in the Lodi News-Sentinel.