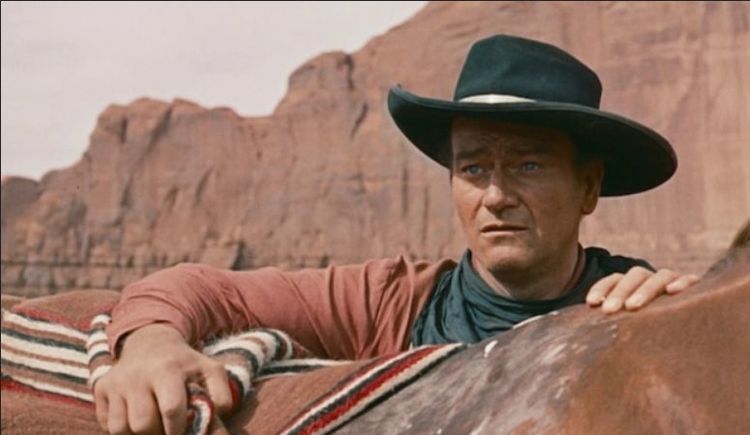 View From Lodi, CA: Hollywood vs. the Old West

"The Great Train Robbery," released in 1903 was the first cowboy classic and also the first motion picture of any kind to tell a story.

Matuszak's book represents the most complete collection of feature-length western reviews ever published. More than 2,100 films including domestic, foreign and made-for-television are rated.

The author, who has spent his life living and working in the west, describes himself as being in constant search of the essence of the American West.

Matuszak's reviews, which he wrote after watching more than 1,000 cowboy movies, lead the reader toward his "100 Best of the West" films. And Matuszak also lists who he considers the best western actors, actresses, supporting actors and directors.

"The Cowboy's Trail Guide to Westerns" is divided into ten chapters: Introduction, History, "B" westerns, Spaghetti Westerns, the Myth of the West, the Spirit of the West, Authenticity, Story, Acting and Directors.

One of the most interesting and curious aspects of western movie history is that cowboy films, despite their enormous popularity, have fared poorly when the Academy Awards roll around.

No matter the Oscar category—actor, director or best picture, the Western has been passed over—and often ignored.

Here is the short list of Oscar winners since the Academy Awards began:

1928, Warner Baxter, Best Actor for his performance as the Cisco Kid one of the first talkies, "In Old Arizona."

If you are wondering what happened to "Fort Apache," "Red River,"  "The Searchers," you're not alone.

Film critic and historian Danny Peary provides some clues as to why the western doesn't score in Hollywood.

"The Academy has no respect for Westerns. They didn't make Westerns with the intention of winning Oscars so there was very little backing from the studios to get them nominations. For many years, they would never give an award to any film in which the lead character carried a gun."

Be that as it may, the Western is an integral part of film history. And after reading Matuszak's book I have come up with my own top ten all-time list that is significantly different than his.

Here, in reverse order and with brief comments, are my choices:

#9—-"Will Penny"—Charlton Heston as an aging cowboy uncertain about his future.

#4—"Red River"—A cattleman (Wayne) and his adopted son (Monty Clift) are at each other's throats during the first cattle drive along the Chisholm Trail.

#3—"She Wore a Yellow Ribbon"—After Custer's defeat, a cavalry officer (Wayne) is reluctant to retire.

#2—"The Shootist"—Wayne, an aging gunfighter, is supported by outstanding performances by Lauren Bacall, Jimmy Stewart, Hugh O'Brian and Ron Howard. Wayne's last movie and his best.

#1—Lonesome Dove—Originally a television mini-series, this is the story of two former Texas Rangers, played by Robert Duvall and Tommy Lee Jones, on an epic cattle drive from Lonesome Dove, Texas to Montana.

I am unapologetic that 5 of my ten choices star John Wayne.

A few years ago, I was among a small group of movie buffs listening to Bruce Dern reminisce about what it was like to work with Wayne.

"John Wayne was on time," Dern began. "And he was prepared. When you worked with Wayne, you had better be on time and prepared too or else there was hell to pay. Anyone who thinks Wayne wasn't serious about acting doesn't know what he's talking about."

Of all the thousands of memorable lines delivered in great westerns, my favorite is Wayne from "The Shootist":

"I won't be wronged. I won't be insulted and I won't be laid a hand on. I don't do these things to other people and I require the same from them."

You certainly have your own Top Ten list. But you won't go wrong watching—or re-watching—any of mine.