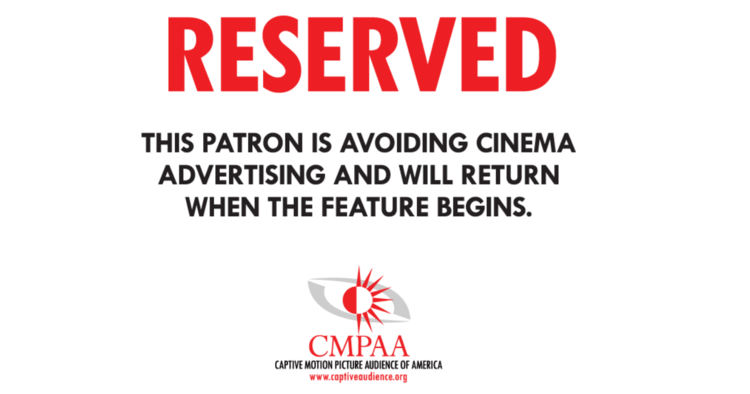 View From Lodi, CA: Time To Rebel Against Commercials

Earlier this month, I tuned into Fox Broadcasting to watch the season premiere of "24", an Emmy and Golden Globe winning television series.

Even though the show is in its fourth year, I had never heard of it. But I read glowing reviews and was anxious to see what all the fuss is about.

"24" is a great show. But, the first episode ran two hours long. And during the last half hour, I was ready to throw my shoe at the screen.

The barrage of commercials eliminated any tension the producers hoped to create.

Since I rarely watch television, I was curious about exactly how much advertising there is in television today.

So when I watched episode two of "24", I counted the commercial breaks. According to my tally, there were four breaks with 38 advertisements in a one-hour segment.

I may be off by a commercial or two. They come at such a fast and furious pace that it is hard to tell where one ends and the other begins.

And—bad news for the corporations paying big money for the commercial spots—I cannot recall one product by name.

I vaguely remember that automobiles were touted. And sexual vitality tablets were promoted, too. But I cannot tell you the specific name of anything that flashed before me.

Luckily, the home television viewer has options. During commercials, he can sort mail, read a magazine or take the dog out. Or he can go the TIVO route.

But pity the poor moviegoer who is truly a captive of an all-out advertising assault.

The onslaught at the local movie theater has reached crisis proportions. Deafening commercials—often as many as a dozen— followed by even louder coming attractions (more advertising) have mobilized consumers into action.

Beginning with the obvious fact that moviegoers pay good money, nearly $10 in some cities, to be entertained and not marketed to, a backlash against theater owners is in full swing.

Top on the list of consumer grievances is that movie houses purposely mislead the public about the film's starting time with the express intention of luring him to the theater to shill goods and services.

Your ticket may say 5:30 but the movie doesn't really begin until 6:00. During that half hour, you sit there and take it.

A class-action lawsuit filed two years ago in Chicago called for an end to advertising practices that it described as "unlawful, unfair and fraudulent." Although an Illinois judge threw the case out, his decision is being appealed.

Mark Weinberg, a lawyer in the case, said: "This is about the deliberate stealing of people's time."

While no money is being sought, Mr. Weinberg said. "We're just asking the theaters to stop suppressing the information of the length of the pre-movie experience."

In Connecticut, Representative Andrew Fleischmann took Weinberg's suggestion one-step further. Fleischmann submitted a bill in the State House that would require theaters to post separately the starting times for the commercials and previews and for the film itself.

"That way, people can make an informed decision about when to show up. This is one of those universal kinds of issues. All of us have been manipulated by the theater operators," Fleischmann said.

Moviegoers' annoyance, Fleischmann concluded, is comparable to the anger over telephone sales pitches that eventually led to government-mandated "do not call" lists.

Thompson's group has one primary goal:

"to urge theater owners to discontinue showing invasive, TV-like commercials before the beginnings of movies. Because many theater chains have a practical monopoly on first-run movies in many areas of the country, we consider these practices to be unfair and intolerable."

Said Luiz: "I do understand your frustration. But without the advertising blitzes, the prices of tickets and popcorn would be even higher than they are."

That's a frightening thought. Even though theaters play more pre-movie ads than ever, ticket prices rose 29% during the last five years compared to less than a 13% increase in the overall Consumer Price Index.

Thompson's CMPAA has some ideas for those who can't stand any more commercials. They include:

If none of the recommendations are quite right for you, the CMPAA has one more thought.

Print up seat signs that say: "RESERVED. This patron is avoiding cinema advertising and will return when the feature begins."

Joe Guzzardi [ email him], an instructor in English at the Lodi Adult School, has been writing a weekly column since 1988. It currently appears in the Lodi News-Sentinel.