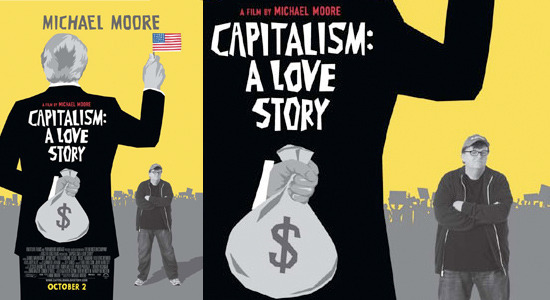 In my July 2004 column, I incorrectly projected that John Kerry would be elected president by a "comfortable" margin over incumbent George W. Bush.

Since this is only one example of many inaccurate predictions that I've made during nearly a quarter of a century of column writing, I'm not in the least embarrassed.

In June, it premiered in theaters and by September, Sony released the DVD version. Ticket and individual copy sales broke records.

I anticipated that the critical film would sway enough voters, especially the fence sitters, from Bush to Kerry.

That, as we all now know, didn't happen. Even though his facts were on spot, Moore for various reasons turned out to be a poor messenger. Many saw him as at best a repulsive Hollywood liberal or at worst, an American traitor.

Five years have passed since I saw Fahrenheit. But I suspect that today even Moore's most bitter detractors would acknowledge that his goal to raise awareness about the Iraq War's consequences, ham-fisted though it was, had merit.

Luckily for Moore his most recent movie, Capitalism: A Love Story, will likely be better received among a broader audience. (See trailer here)

Who among us has not been damaged, some of us severely, by Moore's targets: Wall Street and the U.S. Congress that in first place enabled them and then bailed them out?

Before writing one more word, let me make clear that, although I am disgusted by the banking industry that I once represented, I support capitalism—but (like Moore) disdain our inept Congress.

Moore tracks the United States' "love affair" with the capitalist system from the 1950s through the Ronald Reagan presidency before he aggressively attacks Goldman Sachs, Citigroup, the Congressional bailout and the greedy CEOs who lined their own pockets and, on the way out the door, got golden parachutes.

In one of the movie's most memorable scenes, Moore stands on the street with his ever-present megaphone to announce: "This is Michael Moore. I am here to make a citizens' arrest of the Board of Directors of AIG."

Along the way, Moore interviews fired workers staging a sit-in strike until they get their final paycheck, victims of legal loansharking (at the hands of unethical mortgage brokers), and families facing foreclosure including one who videotaped the police knocking down their door to evict them.

Moore is most effective when he conducts one-on-one interviews with typical victims from the 95 percent of Americans impacted by or vulnerable to financial crisis fall out.

For that, Moore visited his hometown of Flint, Michigan.

In Roger & Me, Moore tried unsuccessfully to get an interview with the late General Motors CEO Roger Smith to question him about the impact on Flint of closing several auto plants that cost 30,000 people their jobs and devastated the city.

Security personnel forcibly restrained Moore from approaching Smith until he finally reached him during the chairman's annual Christmas message. As Smith expounds on General Motors' Christmas generosity, Moore points out that laid-off workers had been thrown out of their homes on Christmas Eve.

In both his first and latest movie, Moore displays a sincere, deep-seated anger at the political duplicity forced upon America's blue-collar workers by politicians, deceitful propaganda and the modern, misguided capitalist system that creates devastating consequences for society's most vulnerable.

Nothing will raise the ire of movie goers more than Moore's exchange with Congressional Oversight Officer Elizabeth Warren who is assigned the duty of evaluating how effectively taxpayer Troubled Asset Relief Plan (TARP) money is being used.

When Moore asks Warren, a Harvard University Law professor, what became of the hundreds of millions in bailout money that went to the large banking institutions, she answered: "I don't know!"

If Warren doesn't know, who can blame Americans for being fed up with Washington?

Joe uzzardi [email him] is a California native who recently fled the state because of over-immigration, over-population and a rapidly deteriorating quality of life. He has moved to Pittsburgh, PA where the air is clean and the growth rate stable. A long-time instructor in English at the Lodi Adult School, Guzzardi has been writing a weekly column since 1988. It currently appears in the Lodi News-Sentinel.