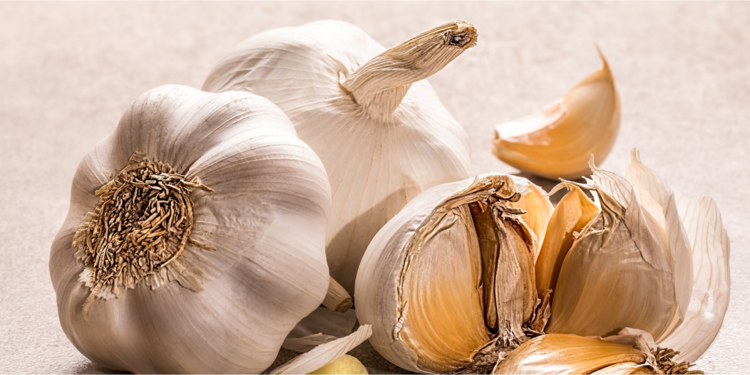 If you notice an unpleasant aroma in the produce section of your supermarket, it isn't from rotting vegetables.

What you may smell—figuratively–is lower quality garlic from China that is slowly but surely pushing California growers out of business.

Last weekend at a Von's in southern California, I noticed peeled garlic cloves in sealed bags marked "Grown in China." And the fresh garlic was displayed in unmarked crates, a sign that it too could have been Chinese.

Currently, California accounts for 90% of the nation's garlic production. But, according to the state Department of Food and Agriculture, total California garlic acreage now stands at 26,000 down from 40,000 in 1999.

The Chinese have effectively been using a trade law loophole to dump millions of pounds of garlic into the ports of Los Angeles and Long Beach. From there, it is processed and sent throughout the state.

California garlic growers, most notably Christopher Ranch in Gilroy and The Garlic Company in Bakersfield, have been losing market share to the Chinese for the several years.

And, as was inevitable given the trend, last year the 86 million pounds of garlic imported from China exceeded California's production of 81 million pounds. The quantity of Chinese garlic represents a 10-fold increase from the 2000 volume.

Lane says that he must charge about $20 per 30-pound box assuming similar quality and bulb size. "We have not made a profit in two years," said Lane.

The state's biggest fresh garlic producer, Christopher Ranch, predicts that the outlook for garlic in California is cloudy, at best.

Bill Christopher, an owner of Christopher Ranch, has reduced the land he farms by 40% since 2001 to slightly more than 3,000 acres. Said Christopher, "We are shrinking 10% every year, and it is going to continue unless something is done," he said.

By "something" Christopher means closing the loopholes that the Chinese have exploited to dump millions of pounds of garlic into California.

In 1994, the battle against Chinese dumping was fought and won, at least briefly, by American farmers. A decade ago, U.S. trade officials determined that Chinese exporters were unloading garlic into the market at significantly less than their production costs. The federal government levied a 377% duty.

Under those rules shippers could pay lower tariffs if they could prove they weren't dumping. But they had to put up cash deposits while trade officials determined if they qualified for lower tariffs.

The tariff increase essentially ended garlic imports. After hitting a high of 55 million pounds in 1992, Chinese imports dropped to 205,000 pounds in 1996.

But in 1995, Congress amended the law. Exporters who were not part of the original trade investigation—new shippers, that is—could merely post bonds instead of paying duties or putting up cash deposits.

Presto…by 2002, Chinese imports were back up to 42 million pounds.

What the Chinese have done is create dozens of new garlic exporting companies to avoid putting up cash deposits. And by the time Customs figures out what's going on and bills the importer, who is often working in tandem with the exporter in China, it is either out of business or bankrupt.

I spoke with Michael Coursey who is the international trade counsel to the California Fresh Garlic Producers Association and a partner in the Washington D.C. of Collier Shannon Scott, PLLC.

"The Chinese have of no intention of following the rules. They are involved in criminal fraudulent practices. And other nations see what China gets away with and they say, 'Let's do it too. No one will catch us and if they do, no one will punish us.' This is a serious issue for California agriculture in general. Today we are talking about garlic. But tomorrow we'll be talking about canned mushrooms and honey."

Taking a longer view of the problem, Coursey added:

"Think of this. Half the Chinese population is either a farmer or part of a family farm. Everything California grows is grown in China…almonds, grapes, virtually everything. Unless Congress intercedes, the Chinese will gradually displace California farmers."

And with Chinese farm workers paid about $2 a day, only Congressional action can save the day.

But will Congress act? That's the big question. A bill that would end dumping is stalled in the Congressional House Ways and Means Committee chaired, ironically, by Bakersfield Republican Bill Thomas.

Continued inaction by Thomas and his peers merely advances the day when all garlic will be grown and processed in China.

That will mean the end of a long and glorious tradition in California.