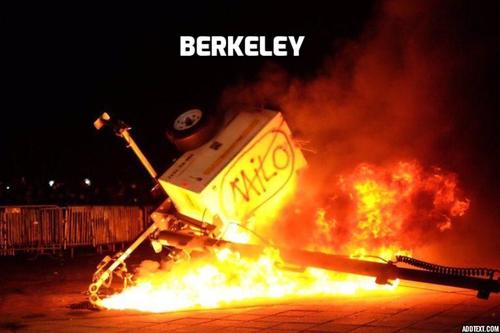 It has been just over a week now since the Tenaya Lodge joined the Cultural Marxist Mafia and illegally broke VDARE.com’s contract for our upcoming conference, which was to feature, among others, a distinguished four-term Congressman, Tom Tancredo. Much has happened in a week! 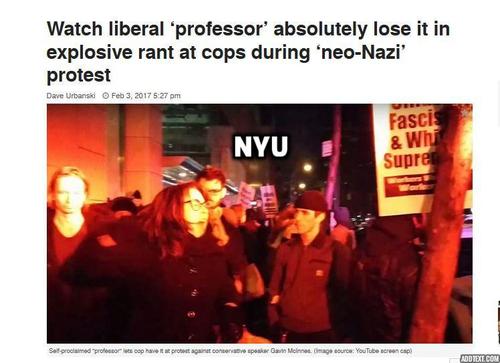 Celebrities like Madonna, comedian Sarah Silverman, actor David Harbour, plus many, many journalists and media personalities have publicly called for violence against “Nazis” aka Trump supporters.

And this just in – VDARE.com Editor Peter Brimelow’s alma mater, Stanford’s  Graduate School Of Business, just cancelled a debate between Brimelow and Tim Kane of the Hoover Institution to be held by the Stanford chapter of the  Adam Smith Society, citing the destruction of Berkeley as the reason they’ve been scared off.

(Email Jonathon Levin, the Dean of Stanford Business School and ask him if the thinks that this is a good idea.)

VDARE.com operates on a shoestring. We are savagely smeared in the little Main Stream Media coverage we get. Our leaders are forced to offer up careers, families and reputations to confront vindictive and violent Anti-America.

And yet here we are. And as the American people are increasingly forced to pick sides in this battle for the soul of our nation are growing exponentially.

I have two rays of hope to add to the shining light that the Trump Administration has beamed our way.

But that’s not the point. We were drawn into a contract with them under false pretenses: that they were governed by federal law. And that contract was binding. And that contract provided no language justifying their cancellation, especially their use of a so-called anti-discrimination policy to discriminate against patriots. So we will pursue this if we can, and we are assured that we have a strong case. If you feel inspired to support our efforts, please donate here. Readers who had been eager to attend our conference commiserated with me and said they were eager that this not be the end of the story. Random normies from out in Americaland read between the lines of the veiled hit pieces above and wrote to express their outrage and solidarity.

Many people offered their help and services, including sympathetic hospitality professionals in Colorado, Texas, Georgia, Wisconsin and even from two of Tenaya Lodge’s direct competitors in California.

I even got a supportive letter from an (anonymous) employee of the Tenaya Lodge itself!

Clearly, there is a whole genre of frustrated professionals out there straining under the restrictions imposed on them by the liberal owners of their umbrellas companies!

As a result, and despite my initial fears, I’m happy to say that the VDARE Conference will be rescheduled for later this year.

Where? When? I’m not totally sure, but I have some fantastic new advocates making sure it will happen in a beautiful, comfortable and SECURE location.

If you feel inspired to support our efforts toward this conference, please donate here!