Turnabout Is Fair Play: Immigration Patriot Peter Thiel Does To GAWKER What Left Did To Hazleton, Farmer’s Branch. 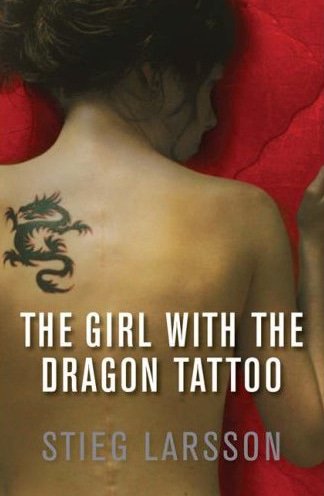 The novel and film The Girl with a Dragon Tattoo opens with the protagonist, Mikael Blomkvist, ruined. Hans-Erik Wennerström, a shadowy and corrupt right-wing industrialist, has sued him for libel, sending him to jail  (Sweden has tougher libel laws than America) ruining his career, and bankrupting him. Blomkvist was set up to silence his groundbreaking Leftist muckraking.

The Main Stream Media in America really believe that they are like Blomkvist, bravely speaking truth to power against evil right-wing billionaires. Their enemies are men like Donald Trump—and now Peter Thiel, who funded Terry (Hulk Hogan) Bollea’s successful lawsuit against Gawker for invasion of privacy after it published an illegally-recorded sex tape of him. But in fact Thiel has done nothing the Left has not done repeatedly, amid MSM adulation.

Many MSM types argue Thiel’s role is somehow a threat to “free speech”:

If the extremely wealthy, under a veil of secrecy, can destroy publications they want to silence, that's a far bigger threat to freedom of the press than most of the things we commonly worry about on that front.

[Peter Thiel: Financing lawsuits against Gawker is about 'deterrence', by Brian Stelter, CNN, May 26, 2016].

has raised a series of new questions about the First Amendment as well as about the role of big money in the court system, specifically the emerging field of litigation finance, in which third parties like hedge funds and investment firms pay for other people’s lawsuits.

In fact, of course, Thiel’s funding of the Hogan suit raises absolutely no questions about free speech whatever.

Privacy and defamation torts have always been in some tension with the First Amendment. But of relevance to Bollea v. Gawker: the First Amendment only protects publication of private and damaging information about someone if it is “newsworthy.” 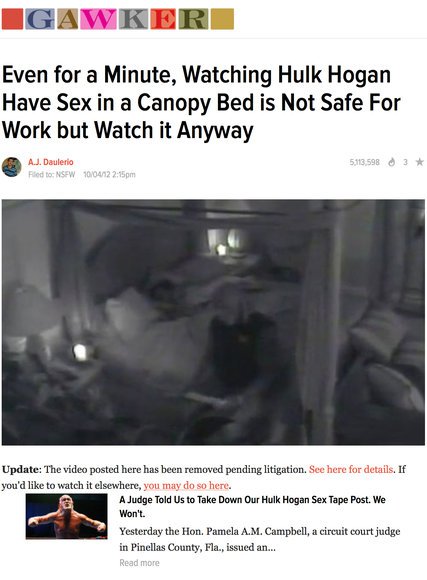 The court did not find Hogan’s sex tape “newsworthy.” And its opinion was not particularly controversial: Eugene Volokh, who generally advocates an expansive view of the First Amendment, commented: “Showing someone having sex is likely to be seen as private, highly embarrassing, and not newsworthy (absent extremely unusual circumstances)" [Gawker Media is Fighting for Free Speech—and Its Life, by Ed Krayewski, Reason, July 2, 2016]

Some argue that the line between free speech and privacy needs to be shifted. But the fact that Peter Thiel is funding Bollea’s lawsuit does not alter where that line is drawn. It merely enabled Hogan to receive compensation for Gawker crossing the current line. .

What about “the role of big money in the court system”? There is nothing unusual or controversial about third parties funding lawsuits. “Litigation Finance,” as referred to by The New York Times’ Sorkin, involves investing in the outcome of a lawsuit. This would not apply to Thiel and Hogan’s arrangement.

At common law, champerty, barratry and maintenance prevented third parties from inciting litigation. But these torts have been abandoned. And the U.S. Supreme Court restricted what was left in NAACP v. Button in 1963 in the name of racial equality—the NAACP had technically violated Virginia’s laws by urging “the institution of suits to challenge racial discrimination” and offering “the services of attorneys selected and paid by it and its affiliates,” but the Court held that this was “a form of political expression,” and protected by the First Amendment. 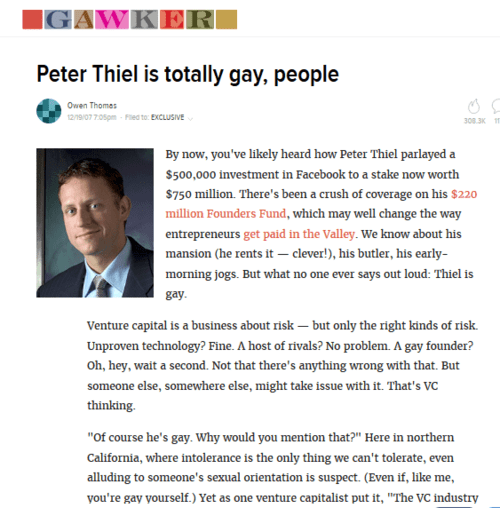 Thiel may not be politically fashionable like the NAACP. But political considerations equally motivated him.

While Gawker outed him as gay, it also outed him for donating to patriotic immigration reform organizations, which is far more scandalous in corporate America.

Nevertheless, Thiel has said he was motivated by public concerns. In a response quoted in The New York Times above, he said: “It’s less about revenge and more about specific deterrence. I saw Gawker pioneer a unique and incredibly damaging way of getting attention by bullying people even when there was no connection with the public interest.”

In theory, a vindictive billionaire could file frivolous lawsuits against his enemies just to drive up their litigation costs. However, this could apply to any field of law, and has nothing to do with the First Amendment and free speech. Moreover, the fact that Hogan won the suit shows, ipso facto, that the claim had merit.

Gawker is not some helpless victim. It had an estimated value of $250 million in 2015 [Gawker Media had $6.7 million profit on $45 million revenue in 2014, by Peter Sterne, Politico, January 28, 2015]. It employs three in-house attorneys.  Its filings show four partners and one associate from Levine Sullivan, widely considered the best media law boutique in the country, along with Gregg Thomas, who was a former corporate law partner.

So Hogan did not win simply by outspending Gawker by hiring fancy lawyers. I estimate that Gawker probably spent more on its defense. The filings showed just as many lawyers for the plaintiffs, but with law firms I haven’t heard of, none of whom had the credentials of the defense attorneys.

The ACLU and LatinoJustice, both of which receive tens of millions of dollars from wealthy donors and corporations, sued Hazleton on behalf of illegal aliens with the help (likely pro bono) of the corporate law firm Cozen O’Connor. In addition, the law firms of Ballard Spahr, Sidley Austin, Mayer Brown, Allen & Overy, and Morrison & Forester all worked directly against Hazleton. And all contributed as amicus to the illegal aliens. This forced Hazleton to spend millions defending the law.

The Leftist Center for American Progress actually used this as an argument against similar local immigration laws, specifically warning in a “backgrounder” that “passing anti-immigrant legislation means having to expend a significant amount of money on legal fees.” [Your State Can’t Afford It The Fiscal Impact of States’ Anti-Immigrant Legislation, by Philip E. Wolgin and Angela Maria Kelley, July 5, 2011]

The backgrounder argued this was because these laws were all illegal and “the federal preemption doctrine, which gives the national government alone the power to decide immigration law, precludes most state and local action on immigration enforcement. “

Yet at the time the Center for American Progress wrote this, in 2011, the Supreme Court upheld the local use of E-Verify, which was integral to Hazleton’s law and many other states’ and localities’ laws. [Chamber of Commerce of the United States v. Whiting] And the next year, in Arizona v. United States, the Supreme Court unanimously held (yes, including Sotomayor and Ginsburg) that federal preemption doctrine did not preclude most state and local action.

Nonetheless, as the Center for American Progress taunted, legality was not the only issue.

The litigation costs around other local anti-immigrant laws are likewise instructive…Hazelton has already spent $2.8 million to defend its laws and could ultimately spend up to $5 million to fight through the appeals process. . . Farmers Branch likewise has paid out a hefty sum, with more than $3.7 million in legal fees already expended and total costs which are estimated to top $5 million.

So the Left is being hypocritical: it is happy to resort to outspending its own enemies when it can.

But even so, should Thiel’s funding still give us pause? After all most of the super-rich lean to the Left. Won’t this open the floodgates of nuisance litigation against immigration patriots?

Absolutely not. Thiel’s funding of the suit does not set a precedent. This sort of funding is entirely typical and there is absolutely no chance that the practice will be outlawed.

It is the fact that Thiel is a Trump-supporting right-winger, and that a Leftist gossip site is his target, which motivates the outrage—not the abstract principles. The courts will never reinstate champerty. MSM SJWs are simply hoping to shame Thiel and scare any other members of the super-rich from opposing them.

The plain fact is that it is Main Stream Media journalists, and their corporate allies, who are the biggest threat to free expression by ordinary citizens in America today.

By holding them accountable, Peter Thiel has advanced the cause of true free speech far more than the ACLU ever has.