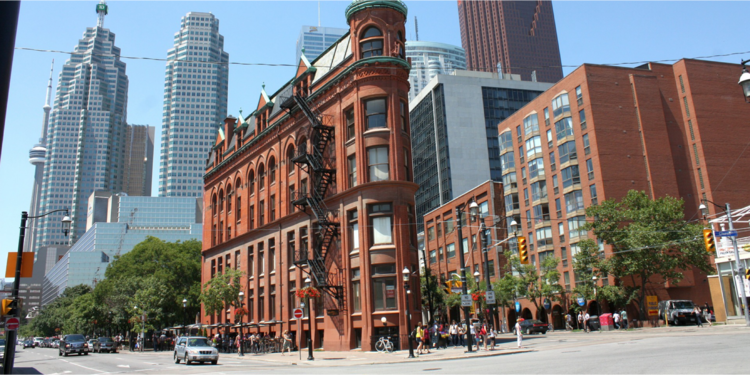 Toronto A "Multicultural Paradise"? What Was Cato's Wilkinson Smoking?

Also by Kathy Shaidle: First They Came For… Canadian "Hate Speech" Totalitarianism Is Not New

Since the CATO Institute's Will Wilkinson [Email him]is a marijuana devotee ("I Smoke Pot, and I Like It"), Torontonians might be forgiven for wondering what was smoking when he penned The Immigration Fallacy for The Week's April 27 edition.

Wilkinson's thesis is that Toronto—"a peaceable multicultural paradise"—stands as a ready reproof to anti-immigration "nativist" hicks (including that known knuckledragger Samuel Huntington, who Wilkinson elsewhere dismisses as "full of it", and John O'Sullivan, urbane editor of National Review until William F. Buckley's 1998 purge of immigration patriots)

In "The Immigration Fallacy", Wilkinson declares at the outset:

"Here is what Toronto is not: Toronto is not dirty, dangerous, or poor. Toronto is not a hell of lost liberties or a babble of cultural incoherence or a ruin of failed institutions. Yet a popular argument against high levels of immigration suggests it should be."

As someone who's lived in Toronto for over twenty years (and is now dying to leave), I could spend the next 700 words just fisking Wilkinson's first sentence.

Wilkinson must be recalling those old anecdotes about Hollywood film crews littering Toronto's streets to make them look more like New York's. The Big Apple's trash is now a pre-Giuliani memory, but alas, that stuff on Toronto's sidewalks isn't set dressing any more.

Our longhaired leftwing mayor, David Miller, just kicked off his annual "spring clean up campaign" (an event we wouldn't need if the place wasn't a dump). That's when ordinary citizens are bullied into helping "clean ravines, sweep sidewalks, clear out illegal dumping and tackle graffiti on bridges." That's right: overtaxed Torontonians are told it's their civic duty to perform unionized jobs for free.

Mayor Miller's also determined to stop surging gun crime in the "416" (again, a vow he wouldn't make if the city wasn't, well, dangerous.)

American readers will be amused but not surprised to discover Miller's solution to the city's "gun problem": shutting down local gun clubs and firing ranges, which have operated entirely without incident for decades.

Every time someone gets shot to death in Toronto (which happens a lot these days), one local blogger likes to quip about the shooter, "No word yet on which gun club he belonged to."

Of course, the perp never turns out to be an Olympic biathlete gone bad.

As I write this, Sunday morning, May 3, that same blogger reports that police are looking for two such young men suspected for torturing a police informant. The suspects "are Anheim 'African' Bol and Luis 'Sluggs' Sampedro, both 19."

Toronto is physically huge—the 8th largest metropolitan area in North America—and many of its high-crime areas, such as the notorious Jane-Finch corridor—are out in the suburban wastelands that junketing journalists don't see. But the simple fact, available to anyone who can Google, is that, for example, violent crime has nearly quintupled in Canada over forty years.

In The Week, Will Wilkinson insists that Toronto has "an Anglo-Protestant heritage as strong as any". But that's not reflected in the composite sketches we see on the evening news, or in the names of the two gentlemen above. Toronto's population is now almost fifty percent foreign-born, as Wilkinson notes, but "the most diverse city in North America" doesn't have a particularly diverse criminal population.

(Few people will say so publicly, for fear of being hauled before a "Human Rights Commission". After all, a Canadian politician is still fighting a 2004 charge of using "racist" ink colors on a campaign brochure entitled "Stop Indian Crime." Recently, the American Political Science Association announced  it was reconsidering holding its annual meeting in Toronto this year, because "scholars visiting Toronto might face legal jeopardy if they made controversial statements.")

A couple of years back, Linda Frum (sister of David Frum) conducted interview for Maclean's magazine with William Bratton, the former chief of police of New York City:

Q: So you know a little bit about [Toronto]? You know about our problems? A 27-per-cent increase in the number of homicides from 1995 to today. A Boxing Day slaying where a 15-year-old innocent bystander was gunned down during a gang shootout on a major shopping street….

A: Tell me, the gang violence that you are experiencing, what is the racial or ethnic background of the gangs?

Q: That's a refreshingly blunt question. Some say it may be as high as 80 per cent Jamaican. But no one knows for sure, because people here don't like to talk about that.

Not all crimes are violent. Local Muslim leaders admit that hundreds of their coreligionists are not only polygamous, but supporting their harems on the City's dime. No word on when they'll try to get Toronto's long-time nickname, "Hogtown," changed to something more halal.

The same day Wilkinson's article appeared online, thousands of Toronto Tamils took to the streets in what eventually became a four-day long demonstration that blocked rush hour traffic and waved the flag of a banned terrorist group, the Tamil Tigers.

That's nothing new. Earlier this year, I was one of about a dozen counter protesters behind the barricades when three thousand Muslims and their leftist supporters, many waving Hezbollah banners, took over a major intersection to protest the war in Gaza. A Muslim woman yelled, "Jewish child, you are gonna f—ing die" at the boy standing next to me (and I have the video to prove it), but Toronto police were reportedly ordered not to arrest any Muslims at that demonstration, even for uttering death threats.

Will Wilkinson says that Toronto, the "fifth most livable city in the world," is "one of Earth's closest approximations of urban paradise."

I can only assume Wilkinson was thinking fondly of visits to "Yongesterdam"—Toronto's marijuana-friendly zone—when he wrote those words. To those of us obliged to live in Toronto more or less sober, such outdated Chamber of Commerce clichés are a joke.

Or whatever the word for "joke" is in the 140 languages the City's website proudly declares are spoken here.

But, as Wilkinson is an atheist on top of everything else, perhaps he is unfamiliar with the tale of the Tower of Babel.

Kathy Shaidle (email her) has been blogging since 2000, and runs the site FiveFeetOfFury. She and Ezra Levant, along with other Canadian conservative bloggers and writers, are currently being sued by... Richard Warman.