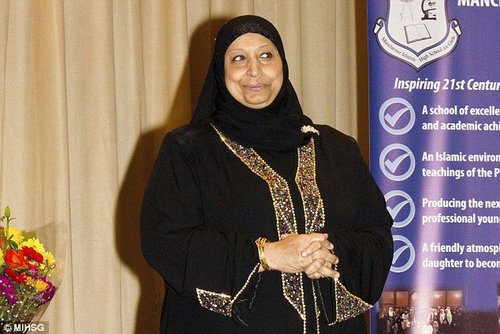 The U.K. Just Gave A Grandmother "Community Service" For Sending Christian Tracts To A Muslim. Who Cares What They Say About Trump? 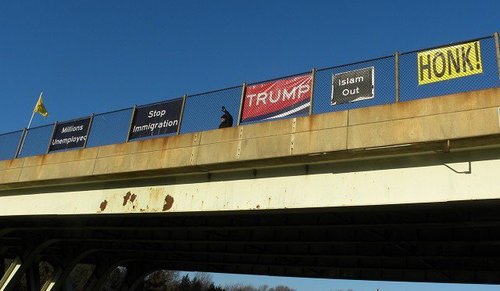 Donald Trump’s remarks on curtailing Muslim immigration seem to have done him no harm at all [Donald Trump Hits 41 Percent Support and Widest Lead Yet in New National Poll, by Ryan Struyk, ABC News, Dec. 14, 2015], but, as I noted recently, the hysteria he provoked was international—at least in the Western World. Which is bad news for the Western World—specifically, Britain.

Remember that in his follow-up remarks last Tuesday, Trump said this:

Look at what happened in Paris, the horrible carnage, and frankly, if you look at Paris, and I hate to do this because the Chamber of Commerce is going to go crazy, but Paris is no longer the same city it was.

We have places in London and other places that are so radicalized that the police are afraid for their own lives. We have to be very smart and very vigilant.[ Donald Trump claims parts of London are 'so radicalised' police officers are 'afraid for their lives', by Rose Troup Buchanan, Independent(UK), December 8, 2015]

That drew much indignation from British elites. ['Block Donald Trump from UK' over 300,000 sign petition as fury rages over Muslim ban call, Express (UK), December 9, 2015] The country's worthless and ineffectual Prime Minister, David Cameron, huffed that Trump's remarks were "divisive, unhelpful and quite simply wrong," end quote. Jeremy Corbyn, the Trotskyite leader of Her Majesty's Opposition said that Trump's comments were "an affront to humanity." He called for people to "unite against racism," apparently in the belief that Islam is a race.

Boris Johnson, the Mayor of London, who fancies himself a wit, said that the only reason he wouldn't go to some parts of New York is "the real risk of meeting Donald Trump."

I shall pause here until you've stopped laughing … right.

Johnson added that "London has a proud history of tolerance and diversity and to suggest there are areas where police officers cannot go because of radicalization is simply ridiculous."

An official statement from London's Metropolitan Police backed him up. Trump couldn't be more wrong, they said.

But Narrative Collapse set in rather quickly. Newspaper reporters had no difficulty finding actual working police officers who confirmed the truth of Trump's remarks. Here's a headline from the London Daily Express, December 10th: "Trump is right!" Police say parts of Britain are no-go areas due to ISIS radicalization. Sample quote from the story:

Serving officers in terrorist hotspots including London and Birmingham said that forces are becoming increasingly nervy over the rising threat of Islamic State (ISIS) inspired attacks, with some telling staff not to wear their uniforms in their OWN patrol cars.

One officer in London said the firebrand presidential hopeful was "pointing out something plainly obvious" whilst another in Lancashire said the police have to ask local Muslim leaders for PERMISSION before sending patrols into their communities.

In fact, for all the fake indignation from traitorous politicians, anyone who follows British affairs knows that mass Muslim immigration has had a terribly destructive effect on British society and traditional liberties.

Here is a thing that happened recently in England.

In Manchester there is a parochial school, Manchester Islamic School for Girls. The school follows a strict Islamic curriculum and obliges all students to wear full Islamic dress.

Seeing this on the school's website, a 68-year-old English grandmother, name of Rose White, wrote a letter to the school principal, a Muslim lady named Mona Mohammed. Mrs. White is a devout Christian of an eccentric sort. Her letter was not at all abusive, nor even angry. The tone was in fact more in sorrow than anger, urging Ms. Mohammed to come to Jesus and forsake "Satan or Mohammed or whatever they call him." Mrs. White enclosed some printed pamphlets along the same lines. [Devout Christian great-grandmother who sent a letter to the headmistress of a top Islamic girls school claiming 'all Muslims worship Satan' is ordered to do community service, By Euan McLelland, Daily Mail, December 9, 2015]

I've had far worse stuff from people objecting to things I've written. I, however, don't belong to a designated victim group, with all the privileges that go with that status. I also, thank goodness, don't — or don't yet — live in a country whose native population has been marginalized and cowed by mass immigration of unassimilable peoples.

Ms. Mohammed claims to have been "deeply alarmed" by Mrs. White's letter and pamphlets. She called the police. The British police, who now no longer investigate burglary and robbery reports for fear that doing so might hurt the feelings of burglars and robbers, leapt into action.

Mrs. White was arrested and charged with sending an indecent or grossly offensive letter. At Manchester magistrates court this week she was found guilty, sentenced to 100 hours of unpaid community service and fined $800.

Quote from the presiding magistrate: "The court has … determined you have crossed the line between freedom to express your opinions and causing harm to others." He did not tell us exactly how Ms. Mohammed was harmed by Grandma White's little proselytizing effort.

Here's another thing that happened in Britain, this one last week. A Member of Parliament had died, so there was an election to replace him. The constituency is an old working-class one, near Manchester as it happens. It has traditionally voted Labour, but there seemed to be a good chance that the U.K. Independence Party, UKIP, could take it. UKIP favors great reductions in immigration.

That didn't happen. Labour held the seat with 62 percent of the votes. UKIP got 23 percent. One factor there: The constituency is 25 percent Muslim.

UKIP has alleged electoral fraud. The winning Labour guy says that's sour grapes, and if UKIP has evidence, they should give it to the police.

That assumes the police wouldn't be too scared to go into a 25 percent Muslim neighborhood.

And in any case, to judge from the previous story, the police over there are too busy chasing down eccentric English grandmothers sending Christian literature to Muslims.