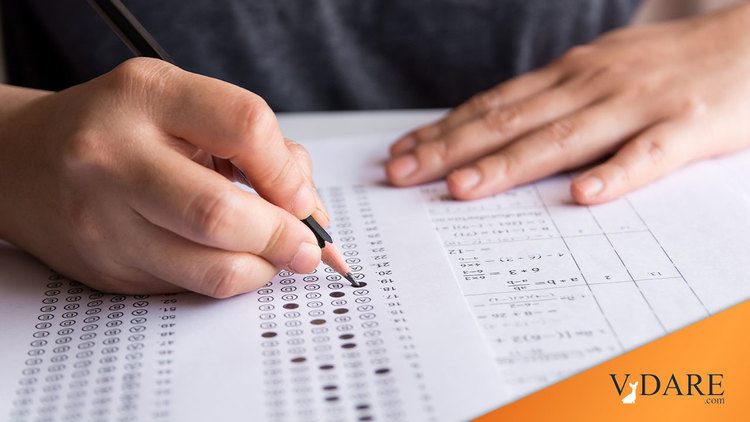 Side note: Yeah, haven't really followed that legislative fiasco—affirmative action "law" seems to change more often than my hair color. So I just take it day to day, you know, like my hair color.

If at first you don't succeed…the Top Ten policy was introduced for Texas public universities.

The plan allows the top ten percent of high school graduates, regardless of grades, test scores or social achievement to gain admission to any Texas public University.

Basically, if you graduate from a high school in a traditionally low-scoring school district with identical SAT scores to that of a professional mime but you did better than 90 percent of the mimes-to-be, you get automatic admission to such state schools as the University of Texas in Austin.

Now lawmakers are arguing whether the Top 10 plan should be repealed, or revised in order to tackle the increasing number of students "automatically" admitted to UT.

Two thirds of last year's freshman class was made up of Top 10ers, making it increasingly hard for non Top 10er's to gain admission.

The first was a white girl, Elizabeth Aicklen. She had a 3.9 GPA, advanced placement credits and family legacy. Every member of her family attended UT.

I am not suggesting that legacy be a factor for admission to any public university. Still, for Aicklen, attending UT was likely a life-long dream.

Unfortunately in her school, this stellar record did not rank her in the top ten percent of her graduating class.

Her problem was, according to CBS:

"… (She) went to Westlake, the most competitive public high school in Austin, filled with overachievers from upscale families."

The second was a Latino girl, Laura Torres. She had a 3.4 GPA without any advanced placement courses.

Again, according to CBS:

If Torres had attended Westlake (Aicklen's school) she would have scored at best in the top 50 percent of the graduating class.

Here's the kicker: In the SAT test (you know—for those still in the dark ages—this is what Universities use to gauge a potential students' scholastic aptitude) Torres scored hundreds (yes, hundreds) of points less than Aicklen.

Torres now attends UT—Aicklen does not.

Of course not! Discrimination can only occur against someone if they are a certain color…meaning everybody but white people.

The law was not enacted to preclude certain students from attending State Universities, but it does make it more difficult—sometimes impossible—for more qualified students to gain admission to popular Universities such as UT.

60 Minutes asked the girls how they felt about the Top 10 policy.

However, after being informed of the GPA and SAT score discrepancy, Miss Torres had this to offer:

"I'm kinda questioning it. I don't know what to think. I guess it is kinda unfair. ...It's a very complicated issue. Now I feel really bad."

If the Top 10 program is designed to promote ethnic diversity, and any student in their respective high school's top 10 percent can get admitted to UT, how does that have anything to do with race or ethnicity?

I see only confused young adults who are questioning their own (or lack thereof) admission to higher learning.

Can someone apply the law of common sense?

Where is Thomas Paine when you need him?