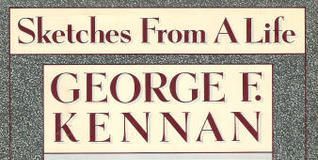 The Stopped Clock—Review Of Sketches from a Life, by George F. Kennan

Sketches from a Life.

[VDARE.com note: Kennan died in 2005, at the age of 101. His sensible views on  immigration are memorialized  by Steve Sailer here.]

“Kennan—a Prophet Honored” was the headline over Mary McGrory’s Washington Post column on George F. Kennan’s testimony before the Senate Foreign Relations Committee this past April. Kennan was given a spontaneous standing ovation in which, according to McGrory, even the Senate stenographer joined. 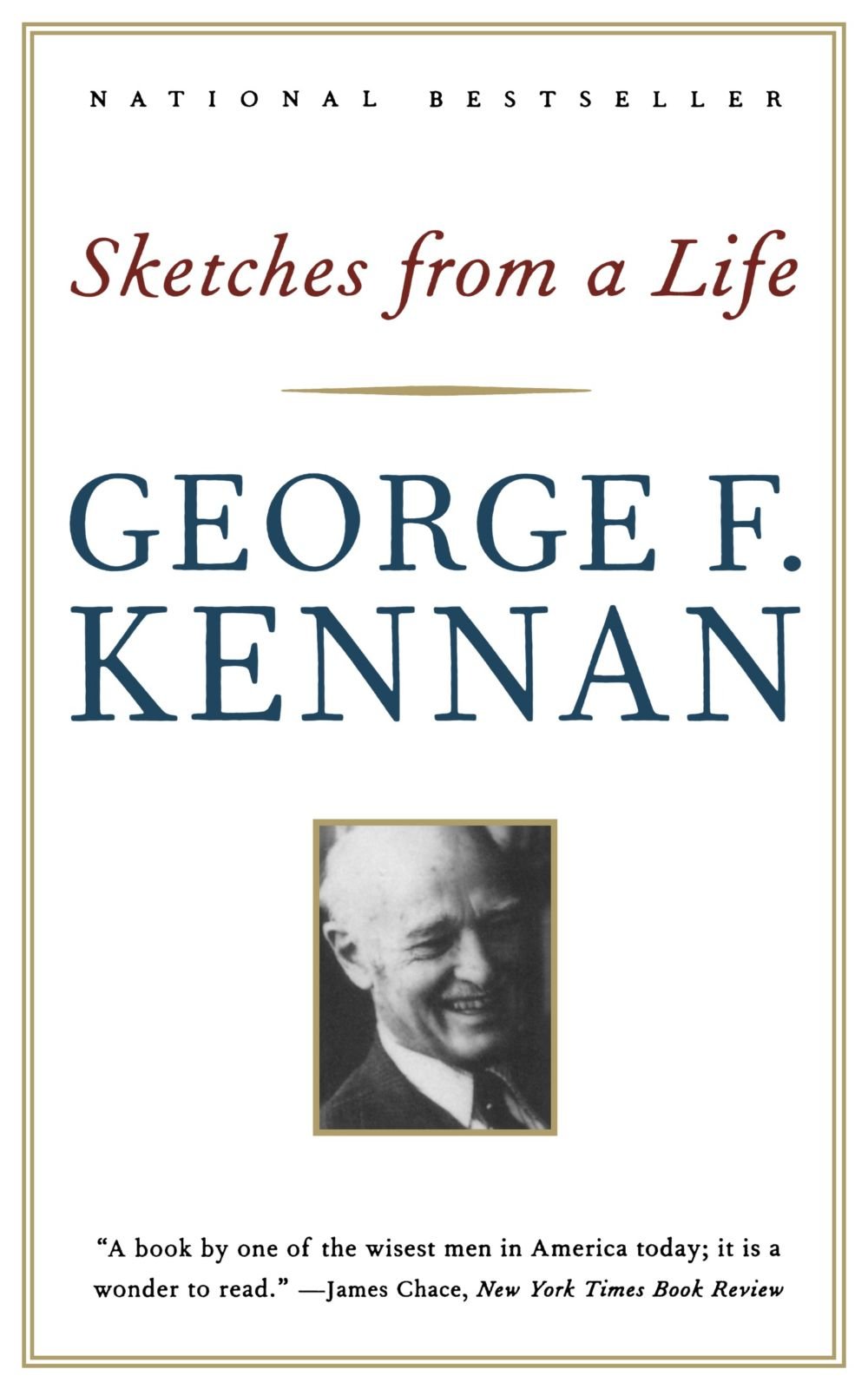 Also this year, Kennan published his nineteenth book, Sketches from a Life. A collection of passages from his diaries and letters, it goes back as far as 1927 when at the age of twenty-two he was beginning his career in the foreign service as U.S. vice-consul in Hamburg, and extends all the way up to the present.

Kennan’s life should be eminently sketchworthy. He was “present at the creation,” to borrow a phrase from Dean Acheson, his former boss at the State Department. In 1931, after two years studying Russian in Berlin, he was assigned to Riga in Latvia, then the U.S. listening post into the Soviet Union. In 1933, he went to Moscow with the first American ambassador to the new regime. He also served in several other European capitals and was stationed in Berlin when hostilities broke out in 1941.

Back in Moscow after the war, Kennan dispatched the famous 1946 “long telegram” warning of Soviet intentions. A year later, under the pseudonym “X,” he wrote the seminal Foreign Affairs article, “The Sources of Soviet Conduct,” which is usually credited with outlining the concept of containment that was to be the rationale for U.S. policy toward the Soviet Union through the cold war.

But as U.S. policy hardened, Kennan became increasingly unhappy—whether because containment was being interpreted too aggressively, or because he himself had changed, is still the subject of heated dispute. Eventually, Kennan attacked the incoming Eisenhower administration’s hopes of liberating Eastern Europe, provoking the new Secretary of State, John Foster Dulles, to force him out of the foreign service. Since then, apart from a brief and unhappy spell as President Kennedy’s ambassador to Yugoslavia, Kennan has been an academic and a writer. His public pronouncements have been increasingly dramatic, including a call for the neutralization of Central Europe, loud opposition to the Vietnam war, and, most recently, demands for nuclear disarmament.

For all this, however, and despite what its title implies, the present volume contains surprisingly little either of Kennan’s public or of his private life. Possibly this is because he has written extensively on these matters before and has also published two volumes of memoirs. Whatever the reason, issues are rarely addressed here directly. Furthermore, all the characters, even his children, are ciphers, sometimes identified by letters even when their full names are given elsewhere.

What remains is a sort of episodic travelogue through space and time. Interspersed with short descriptions of journeys in the Soviet Union before and after World War II are accounts, scarcely more enthusiastic, of trips back to the Midwest of Kennan’s birth. In later years, Kennan’s impressions of various academic occasions and of sailing his yacht in Norwegian waters are mixed with what appears to be private tourism to North Africa, India, and elsewhere (alleviated, it is heartwarming to note, by hospitality from a freemasonry of foreign-service connections now in possession of their own embassies and consulates). Many of the pieces are literally fragments. The writing is adequate if mannered, the earlier items in particular bearing the adjectival stamp of the literary exercise.

There is a natural impulse to applaud any author of eighty-five, yet ploughing through this very long book, the reader is overcome with the same restlessness that resulted in Roy Campbell’s famous outburst on being asked about the other poets of his generation: “I see the snaffle and the bit all right,/But where’s the bloody horse?”

In this case, the missing horse is the lack of any real content. The situation is not assuaged by Kennan’s own continual reminders, made in a gloomy but self-satisfied tone, that he is not aware of any horse, either. “I realized I had nothing interesting to say about this sturdy Hamburg of 1960. . . .” “But my feelings, on this bright Sunday morning, are very superficial and indistinct. . . .” “[Recognizing] the slenderness of my own qualifications for judgment . . . I have no criticisms to voice of [Morocco's] ruler, and am simply grateful that I have no share in his responsibilities.” Why in that case, it is surely reasonable to inquire, has he written at all?

Indeed, the overwhelming impression left by Kennan’s jottings of a lifetime is not of analytic intelligence, but of shocking emotion—a gnawing, self-pitying querulousness. In the young man, this manifests itself in an affected world-weariness. “Life is too full in these times [1927!] to be comprehensible.” In the old man, it becomes a continuous whining about automobiles, airplanes, and virtually every aspect of modern American life. His reactions to new places and problems are now irascibly subjective: “Why anyone should have wanted to trek across [southern Africa] and to establish himself in it in the first place, I could not understand”—an extraordinary comment from a child of Wisconsin pioneers. And there is a consistent, somewhat embarrassing, note of self-reproach. Ultimately, this is projected onto a national level: “You have despaired of yourself; now despair of your country!”

In Kennan’s entire life, on the evidence of this book, there has only been one moment of unalloyed happiness: when Mikhail Gorbachev said some flattering words on meeting him at the Soviet embassy reception in Washington in 1987. The force of Kennan’s response to this elementary diplomatic ploy is astounding. He celebrates it for pages. “I reflected that if you cannot have this sort of recognition from your own government,” writes this winner of the Pulitzer Prize and the National Book Award, past president of the American Academy and Institute of Arts and Letters, eponym for an entire scholarly Institute in Washington, and (after the book came out) recipient of the presidential Medal of Freedom, “it is nice to have it at least from the one-time adversary.”

But it is not only he himself who has allegedly suffered from lack of recognition; the entire class of American intellectuals has been cruelly ignored by “the dominant forces of the country,” just as the 19th-century Russian intelligentsia was. In making this complaint, Kennan strikes an attitude that is very popular with American intellectuals—which may be a clue to the enthusiasm with which so vapid and boring a book has been received.

Another clue lies in the passivity in the face of the Soviet Union he has been advocating ever since he began backing away from his “X” article in the 50's. To justify this change, he has been claiming to detect signs of moderation in the Kremlin at regular intervals at least since his Reith Lectures in 1957. The question is whether he is a prophet or the proverbial stopped clock, right twice a day—if only for a moment.