Wendy Russell Davis is on fire. And I don't mean that in a good way.

I mean it in a five-alarm, set-her-own-skirt-aflame, billowing-human-torch kind of way. To say that Davis is smokin' hot is not a compliment. It's a campaign incineration status update.

The Democratic darling of the Hollywood Left and glamour gal of abortion thought her path to the Texas governor's mansion would be a pink-sneakered walk in the park. Instead, her single-issue campaign has combusted.

Militant gender identity politics, however, can only get you so far. 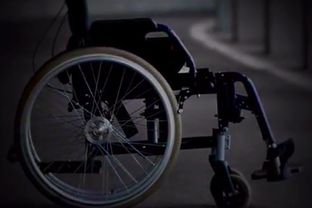 The week before, Davis ridiculed Abbott's physical disability with a vulgar TV ad featuring an empty wheelchair. Abbott was paralyzed in 1984 when a tree fell on top of him while he was jogging. In response to a bipartisan backlash against her crass campaign insensitivity, Davis doubled down by attacking Abbott for lacking "empathy"—while she cynically surrounded herself at a damage-control press event with disabled human shields (one of whom had to be dragged away from the podium by a Davis staffer while the crowd waited in awkward silence for the next speaker).

To bolster her Girl Power bona fides, the Davis campaign disseminated a photo of young female "friends" posing on Twitter last week after voting for the Democratic candidate. The tweet carried the hashtag "#GenWendy." Like, you know, "Generation Wendy." The photo, however, turned out to be a pilfered image of young Virginia College Republicans getting out the vote for GOP gubernatorial candidate Ed Gillespie. "All out of support, Wendy?" a Virginia CR spokeswoman jibed. The "imaginary friends" of Wendy became a social media mockfest.

Desperate for positive press, Wendy welcomed New York City liberal Jon Stewart to Austin, Texas, for a last-ditch appeal on his comedy show Wednesday night. Quel appropriate: a professional clown propping up a miserable joke of a candidacy. Trailing in all the major polls, bleeding cash and abandoned by women voters by double-digits, Davis turned to Stewart to get out the vote and pump up anemic sales of her book, "Forgetting to Be Afraid."

Stewart forgot to mention the trail of discredited autobiographical details Davis exploited to gain a national platform. The Dallas Morning News reported earlier this year that she "blurred" several "key facts" of her rags-to-riches story. As feminists hailed the single mother for putting herself through Harvard University while caring for two young daughters, it emerged that a second husband had taken custody of Wendy's girls, cashed in his 401(k) and secured a loan to support her higher ambitions.

Which-Way Wendy tried to pivot from her biography botch by becoming a born-again Second Amendment rights advocate (after working to ban gun shows while serving on the Fort Worth city council).

Me-Too Wendy attempted to burnish her border-control credentials by supporting Republican calls for an Ebola travel ban from West African countries (after earlier attacking Abbott over his "'stop the invasion' rhetoric" and accusing him of disliking "people who don't look like him."

And in the ghastliest turnaround since Linda Blair's head spin in "The Exorcist," No-Shame Wendy claimed she would support legislation banning abortions after 20 weeks—after vaulting into the national spotlight with her 13-hour back-brace-and-comfy-shoes-aided filibuster on the Texas Senate floor last year against the very bill that would have outlawed late-term abortions and cracked down on filthy, dangerous abortion clinics like the one serial baby-killer Gosnell operated for 15 years thanks to shoddy government oversight and abortion-rights apathy.

The lady parts-obsessed liberal bet all her feminist marbles on her chromosomes. After Election Day, all Wendy Davis will have to show for it are well-coifed selfies and the ashes of her Vogue magazine fashion photo spread.