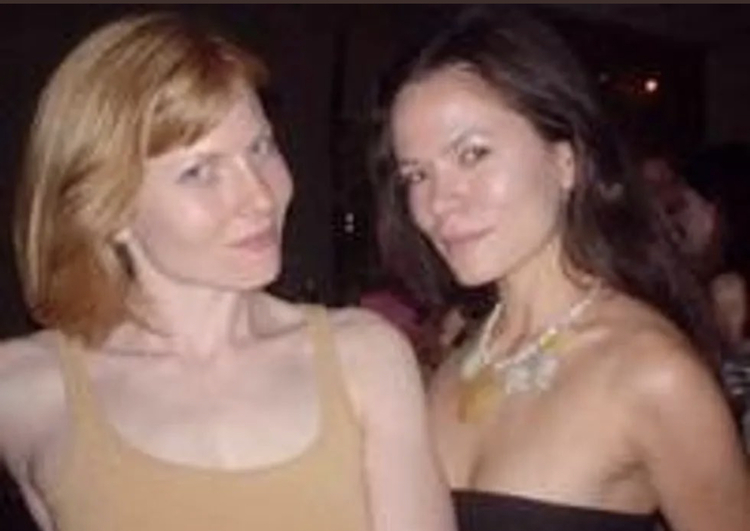 The Skanks On Capitol Hill

Meet the new Monica Lewinsky. Jessica Cutler, a 24-year-old mailroom clerk and phone receptionist, worked for Sen. Mike DeWine (R-Ohio) until last Friday—when he fired her for using Senate computers to post to an Internet Web log that chronicled her trysts with six different men in Washington. Cutler's partners reportedly included government officials who gave her money for her sexual services.

Diary excerpt: "I just took a long lunch with F and made a quick $400. When I returned to the office, I heard that my boss was asking about my whereabouts. Loser."

In another entry, Cutler explains: "F=Married man who pays me for sex. Chief of Staff at one of the gov agencies, appointed by Bush."

Cutler, who aspired to be a journalist, spouted: "I'm sure I am not the only one who makes money on the side this way: How can anybody live on $25K/year??"

When I was 24 and making less than that, I did it buy eating Spaghetti-O's, Ramen noodles, and Swanson pot pies for dinner; driving a Toyota Tercel with no air conditioning; and sleeping on a $30 futon.

I did it the way most parents teach their daughters to succeed: through hard work, thrift, faith, and perseverance.

I don't usually write about such inside-the-Beltway gossip, but Cutler's indecent conduct, glib rationalizations, in-your-face shamelessness, and the accompanying feeding frenzy over her deserve a firm outside-the-Beltway lashing.

It harms those trying to succeed on their merits in the professional arena.

And it also harms our own daughters, who will be forced to fight harder to protect their dignity and credibility in a "Girls Gone Wild" culture.

The Pulitzer Prize-winning Washington Post featured Cutler, who dubbed herself and her online diary "Washingtonienne," in a prominent story last Sunday headlined "The Hill's Sex Diarist Reveals All (Well, Some)." [May 22, 2004] Cutler posed for a fetching photo and supplied juicy soundbites.

Millions? Follow-up dispatches appeared in Roll Call, the New York Post, the London Independent, United Press International, and the Associated Press, whose wire reports on Cutler were reprinted everywhere from the Akron Beacon Journal to the Houston Chronicle to the Milwaukee Sentinel Journal.

Cutler and Cox, 31, appeared together on Fox News Channel this week, where they giggled and guffawed and rolled their eyes as they reveled in their sleazy celebrity. When Fox anchor Brigitte Quinn (who deserves a medal for her restraint) asked Cutler whether her parents knew about her raunchy sex life, she snorted: "They do now!" Cox cackled and went on to coo about Cutler's writing talent and future book publishing prospects.

This female Beavis and Butthead duo illustrate what normal Americans hate about the Capitol scene: narcissism, moral bankruptcy, and self-congratulatory media-political incest. The Washington Post's legitimization of this shallow "story" illustrates something else: the mainstream media's perverted moral values. The paper's recent profiles and features of social conservatives drip with condescension and ridicule. Religious activists are portrayed as intolerant homophobes; Republicans as gun-toting rubes; abstinence promoters as freaks.

But give the Washington Post two vain, young, trash-mouthed skanks who could care less about what their parents think of their sex-drenched infamy and the newspaper can't wait to help make them full-fledged members of the media elite.

Cutler and Cox apparently have no trouble looking at themselves in the mirror every morning.

I pity the mainstream journalists-turned-pimps who can do the same.