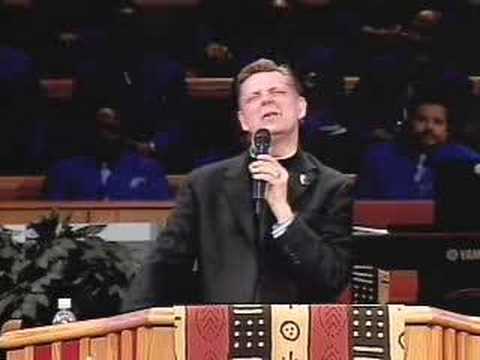 The Pfleger-ization of the Catholic Church

So much that you need to know about the Catholic Church's social policy problems can be summed up in one word: Chicago. On race, abortion, guns, immigration and "community organizing," Catholic Church officials in the Windy City have forged unholy alliances with radical left-wingers and enablers who undermine the faith—and the faithful.

Exhibit A: the Archdiocese of Chicago's Office for Racial Justice and one of its most notorious priests, the Rev. Michael Pfleger.

This week, Chicago Cardinal Francis George—who also happens to be president of the U.S. Conference of Catholic Bishops—presided over a gala ceremony honoring Pfleger with a "lifetime achievement award" for his "service in pursuit of dismantling racism, injustice and inequalities on behalf of African Americans and all people of color."

How, pray tell, has Pfleger achieved the officially sanctioned Catholic vision of "racial justice"? By aligning himself with the nation's worst racial demagogues and using his pulpit at the St. Sabina Catholic Church on Chicago's Southside to promote poisonous identity politics.

Pfleger (who is white) grabbed the spotlight during the 2008 presidential campaign with jive-talking defenses of his fellow race-hustler and President Obama's spiritual mentor the Rev. Jeremiah ("God damn America!" and "AmeriKKKA!") Wright and Jew-bashing hate-monger Louis (Judaism is a "gutter religion") Farrakhan. The racial justice award-winner called the latter a "great man" and welcomed him to his church.

Pfleger, a member of the Catholics for Obama Committee, stoked further racial division by mocking Hillary Clinton's skin color and accusing her of "white entitlement." It's one thing to ridicule Hillary's sense of political and ideological entitlement as part of the Clinton dynasty. But the demagogic emphasis on her race was beyond the pale.

Screamed Pfleger while wearing his Roman Catholic collar during a guest appearance at Wright's Trinity United Church of Christ:

"I really believe that (Hillary) just always thought, 'This is mine (congregation laughter, hoots). I'm Bill's wife. I'm white. And this is mine. And I jus' gotta get up and step into the plate.' And then out of nowhere came, 'Hey, I'm Barack Obama.' And she said, 'Oh, damn! Where did you come from? (crowd goes nuts, Pfleger screaming). I'm white! I'm entitled! There's a black man stealing my show. (sobs!)' She wasn't the only one crying! There was a whole lotta white people crying!"

On a roll, Pfleger mustered up his best Wright imitation and let loose on the entire country, proclaiming: "America is the greatest sin against God."

Pfleger has also embraced hate-crime hoax engineer Al Sharpton. Outraged Catholics across the country called on the archdiocese of Chicago to remove Pfleger. In response, Cardinal George meekly suspended Pfleger for two weeks over his "partisan" remarks—and has now honored him for his "service" to "racial justice."

The sermon in 1 Corinthians 15:33 teaches us that bad company corrupts good character. Have they forgotten?

In an e-mail exchange with Pfleger this week, he indignantly accused me of not telling the "truth." When I quoted his own toxic words back to him, he accused me of being "mean-spirited."

This rogue Catholic priest has been arrested for vandalizing billboards in his community; threatened to "snuff out" a gun shop owner (Pfleger claims he didn't mean to imply he would kill the businessman, just expose his private home address); and flouted church rules limiting tenure. When the archdiocese attempted to enforce its two-term limit on Pfleger, he taunted them to "have the balls to fire" him. They didn't—and Pfleger continues to serve indefinitely.

Mimicking Planned Parenthood and the death lobby, the Chicago archdiocese defended late-term-abortion supporter Obama as "pro-choice" rather than "pro-abortion" this week—and did nothing in 2003 when Pfleger put radical-leftist actor Harry Belafonte on the St. Sabina pulpit to rail against former President George W. Bush's pro-life policies.

Cardinal George did think it worthy of his time to condemn the "hate literature" of Illinois Catholic columnist Tom Roeser, who raised his voice against the church's pedophilia scandal and criticized the willingness of Catholic Church leaders to sign on to the Obamacare sellout for the sake of "social justice."

As if the massive global sex-abuse scandal that cost at least $3 billion in litigation and inflicted immeasurable pain and grief on Catholic molestation victims hasn't done enough damage to its credibility, the Pfleger-ization of the Catholic Church goes on unabated. And the likes of Cardinal George are doing nothing to stop it.

This is not the Catholic Church I was raised in. It has left me.