The Jihadi Serial Killer no One's Talking About 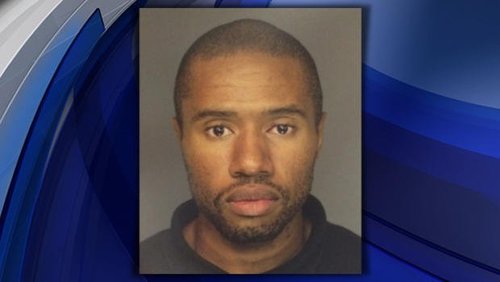 For two bloody months, an armed jihadist serial killer ran loose across the country. At least four innocent men died this spring and summer as acts of "vengeance" on behalf of aggrieved Muslims, the self-confessed murderer has now proclaimed. Have you heard about this horror? Probably not.

The usual suspects who decry hate crimes and gun violence haven't uttered a peep. Why? Like O.J.'s glove: If the narrative don't fit, you must acquit. The admitted killer will be cast as just another "lone wolf" whose familiar grievances and bloodthirsty Islamic invocations mean nothing.

I say: Enough with the whitewashing. Meet Ali Muhammad Brown. His homicidal Islamic terror spree took him from coast to coast. The 29-year-old career thug admitted to killing Leroy Henderson in Seattle in April; Ahmed Said and Dwone Anderson-Young in Seattle on June 1; and college student Brendan Tevlin, 19, in Essex County, New Jersey, on June 25. Tevlin was gunned down in his family Jeep on his way home from a friend's house. Ballistics and other evidence linked all the victims to Muhammad Brown. Police apprehended him last month hiding in an encampment near the Watchung Mountains of West Orange, New Jersey.

While he was on the run, he disguised himself in a Muslim keffiyeh. He carried a notebook with jihadist scribblings and advice on evading detection. I obtained the latest charging documents filed in Washington State, which detail the defiant domestic terrorist's motives.

Muhammad Brown told investigators that Tevlin's slaying was a "just kill." The devout Islamic adherent proclaimed: "My mission is vengeance. For the lives, millions of lives are lost every day." Echoing jihadist Fort Hood mass killer Nidal Hasan, Muhammad Brown cited Muslim deaths in "Iraq, Syria, (and) Afghanistan" as the catalysts for his one-man Islamic terror campaign. "All these lives are taken every single day by America, by this government. So a life for a life."

When a detective asked him to clarify whether all four murders were "done for vengeance for the actions of the United States in the Middle East," Muhammad Brown stated unequivocally: "Yes." He added that he was "just doing (his) small part."

Seattle's left-wing mayor, Ed Murray, rushed to issue a statement—which might as well have sported an insipid "Coexist" bumper sticker across the page—asserting that Muhammad Brown's seething, deadly hatred did "not reflect the values of Muslims." But the fact is Ali Muhammad Brown has plenty of company. Seattle alone has been a long-festering hotbed of anti-American, anti-Semitic jihadism.

In 2011, a Muslim terror ring led by Abu Khalid Abdul-Latif and Walli Mujahidh plotted "to kill officers and employees of the Department of Defense who worked at the (Military Entrance Processing Stations) located in the Federal Center South building in Seattle, Washington, and to kill other persons assisting such officers and employees in the performance of their duties" using "fully-automatic weapons pistols, and fragmentation grenades."

In 2002, James Ujaama's mosque leader, Abdul Raheem Al Arshad Ali of the radical Dar-us-Salaam mosque in Seattle's Central District, was first arrested on illegal weapons charges. He had provided arms to fellow Seattle-area Muslim cleric, Semi Osman. The ethnic Lebanese born in Sierra Leone had served in a naval reserve fueling unit based in Tacoma, Washington. Osman had access to fuel trucks similar to the type used by al-Qaida in the 1996 bombing of the Khobar Towers, which killed 19 U.S. airmen and wounded nearly 400 other Americans. Osman later pleaded guilty to illegal weapons possession.

Another militant Seattle jihadist, Muslim convert Ruben Shumpert (aka Amir Abdul Muhaimin) was arrested after an FBI raid in 2004 for his role in a terror-financing scheme. He skipped out on his sentencing hearing and turned up in Somalia, where he was killed fighting the U.S. military. Terror group al Shabaab hailed Muhaimin as a martyr.

Which brings us back to Ali Muhammad Brown, who had been arrested 10 years ago as part of Muhaimin's suspected terror-financing ring. A decade later, despite being on the feds' radar screen, four innocent men are dead at Muhammad Brown's hand.

These homegrown Muslim haters don't want to coexist. They want to kill and help fund and train other Islamic killers. They are living and working among us, embedded in local mosques and inside our military. Where are our political leaders? Making Kumbaya excuses, sitting on the sidelines and golfing while homegrown and global jihad burn.