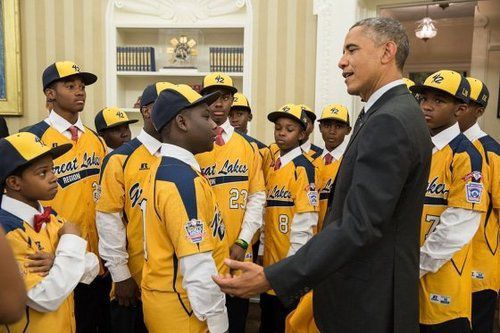 The Fulford FIle | The Black Little League Team, The Invisible Victims, And Obama 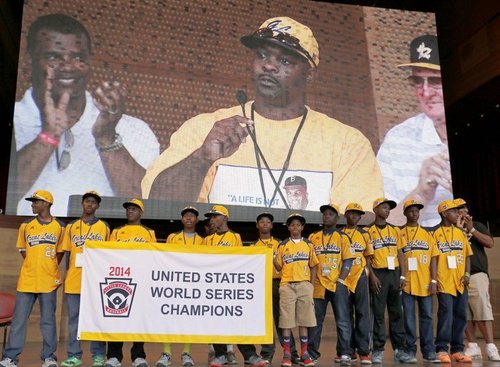 Jackie Robinson West is an all-black Little League team that has been stripped of its Little League championship title for recruiting fraud:

Little League Baseball has stripped the U.S. championship from the Chicago-based Jackie Robinson West team and has suspended the coach for violating a rule prohibiting the use of players who live outside the geographic area that the team represents, it was announced Wednesday. The Jackie Robinson West team must vacate wins from the 2014 Little League Baseball International Tournament — including its Great Lakes Regional and United States championships. The team's manager, Darold Butler, has been suspended from Little League activity, and Illinois District 4 administrator Michael Kelly has been removed from his position.

The organization found that the Jackie Robinson team used a falsified boundary map, and that team officials met with neighboring Little League districts in Illinois to claim players and build what amounts to a superteam. As a result, the United States championship has been awarded to Mountain Ridge Little League from Las Vegas. ...

Jackie Robinson West drew significant attention as it advanced to the tournament's title game, where it fell to Seoul, South Korea. In a sport that increasingly struggles to attract African-Americans, the team representing Chicago's South Side emerged as a force, beating Las Vegas 7-5 in the U.S. title game. The Chicago players were lauded for not just their prowess on the field but also for their sportsmanship, and they later were honored by President Barack Obama at the White House.
Little League punishes Chicago team, ESPN.com, February 11, 2015 [Emphasis added] Do you think Mountain Ridge likely to be "honored by President Barack Obama at the White House"?

Here's the black team meeting the President in November of 2014: 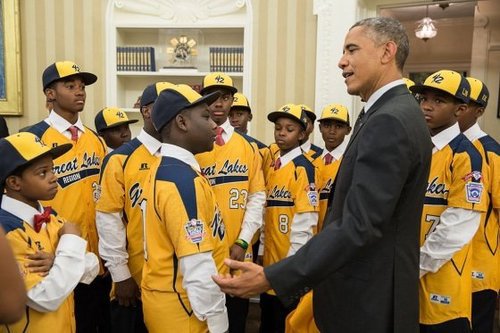 You may be wondering why a team named after Jackie Robinson is entirely one color. Isn't Robinson famous for desegregating baseball in the 1940s?

It's actually not unreasonable for teams to be all-black or all-white. They're supposed to represent their geographic area, kids who would normally play together, and Jackie Robinson West represents the South Side of Chicago, which is a "no-go" area for whites.

But the thing is that all-white teams don't boast about it, or get to meet the President. The Jackie Robinson team was being honored specifically because of their origin

Hailing mainly from the South Side of Chicago, Jackie Robinson West captured the world's attention this summer on their extraordinary run through the Little League World Series. Along with being the first Chicago-area team to make it to the Little League World Series in 31 years, Jackie Robinson West also made history as the first all-black team to win the U.S. title.

Before the world championship game against South Korea, the President tweeted that "we're all so proud" of the team. Even though South Korea won the final game 8-4, Jackie Robinson West had already secured a special place in the hearts of Americans across the country.

The young players' victorious run held even more meaning, however, for the city that they came from. Chicago has grabbed headlines nationwide for its increased gun violence and high murder rate, and many of the Jackie Robinson West players come from neighborhoods suffering from this violence as well as disproportionate levels of poverty.

Obama should know that, too, since he himself is a "community organizer" from Chicago, if not from the South Side.

And of course, now he's responding to this like a community organizer, by defending Jackie Robinson West:

Last Nov. 6,  Obama and first lady Michelle welcomed the boys from the South Side Chicago team and some of their coaches to the Oval Office to celebrate their big championship season.

Asked about the team being stripped of its titles, Earnest said,  “The president invited the Jackie Robinson West team to the White House to celebrate the accomplishments of those young men and the performance that they, the strong performance they delivered on a pretty large stage for 12-year olds."[Obama remains 'proud' of Jackie Robinson West despite 'dirty dealings' by adults, by Lynn Sweet, Chicago Sun-Times, February 11, 2015. Links in original.]

The reaction from conservative tweeters can be seen here.

‘You like your trophy, you can keep your trophy’: Tweeters respond to the WH's defense of Jackie Robinson West http://t.co/oYt1quduvv

This title-stripping scandal has happened twice before in history, once involving a Dominican player named Danny Almonte who turned out to be overage.

Steve Sailer brought him up during the Border Surge of unaccompanied "minors"—at least they said they were minors: 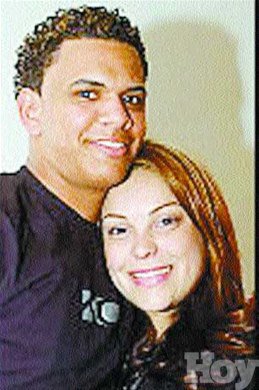 Four years later, the child married a 30-year-old  woman.
Of course, by then his team’s performance in the Little League World Series had been thrown out for him being 14 instead of 12.[Do Latin “Children” Ever Lie About Their Ages? Evidence from Baseball, July 25, 2014]

The other case was the 1992 team from the city of Zamboanga in the Philippines who were almost all ineligible for one reason or another—some weren't actually from Zamboanga, and those that were, the "Zamboanga Six,” were overage High School student disguised as elementary school students. See Big Cheats In Little League Exposed, (Part 2) By Armand N. Nocum, Philippine Daily Inquirer, January 1, 2006.

Nocum is the investigative reporter who broke the story in 1992—he had locals for years saying "Why did you do it?” was threatened, and had the tires and seat of his motorcycle slashed while parked outside a high school whose principal was stonewalling him. It's a fairly hair-raising story.

No, there have been no hair-raising stories like this about white Little League teams. Why should there be? It's Little League!

The President is wrong to celebrate the achievements of Jackie Robinson West. If their recruiting area is much larger than their opponents, they have, in effect, an All Star team—"what amounts to a superteam" according to ESPN.

That means that their victory is more like bullying than competition—as if Notre Dame competed against a Teachers' College.

In any case, the President is acting as if Jackie Robinson West was the victim of adult coaches and, ahem, "community organizers." But didn’t the players know who their team mates were?

In fact, of course, it's the players on the Mountain Ridge team who are the "invisible victims" (as sociologist Frederick Lynch put it) of Chicago minority corruption.

On that basis, the President should apologize to them—on behalf of his own "people", as Eric Holder put it—not on behalf of America...and invite them to the Oval Office.

It will never even occur to him.