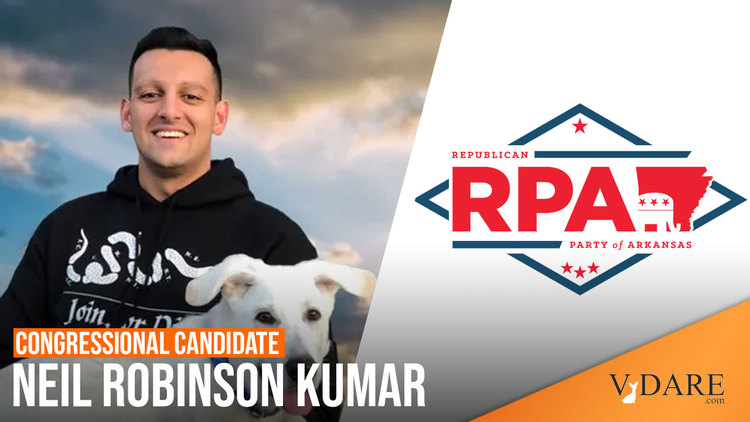 Earlier: Facebook Suppresses Insurgent GOP Candidate Neil Kumar. Is It Because He Wants An Immigration Moratorium?

Neil Robinson Kumar [Email him], who is running in the primary for the GOP nomination in Arkansas’s Congressional Third District, has written eleven articles for us, and now four for American Renaissance. He says of himself, writing in American Renaissance,  that

Though I am mixed-race, I am a proud white advocate. My father is an Indian immigrant and my mother is Scots-Irish, with ancestry tracing back to 17th-century South Carolina. I’m a member of both the Sons of the American Revolution and Sons of Confederate Veterans.

In an extraordinary demonstration of Big Tech political partisanship, Kumar has already been removed by Facebook and has had his account locked by Twitter [Gab him]. He has been kicked offstage [Video] at a Carroll County, AR Republican event, and just recently had his campaign’s  payment processor,  Anedot, suspend him for no stated reason. (His team is struggling to find a new payment processor, but you can still snail mail him checks.) And, weirdly, when he started his campaign, his “barber of several years, Andrew Hagood at Uptown Barber Lounge in Bentonville, Arkansas,” told him via text message that he was no longer welcome for haircuts.

And, oh yes, the Arkansas Republican Party has just denounced him. He writes:

On Tuesday, October 26, the Republican Party of Arkansas officially disavowed my campaign. The party does not have the right to do this; it is supposed to remain neutral during primary campaigns. Its reasoning?

“The RPA [Republican Party of Arkansas] platform and membership will not endorse or defend the use of racist, bigoted, sexist or threatening language by any candidate,” said Jonelle Fulmer [Tweet her], RPA Chairman. The party went on to declare me a “non-recommended candidate” in the 2022 election. 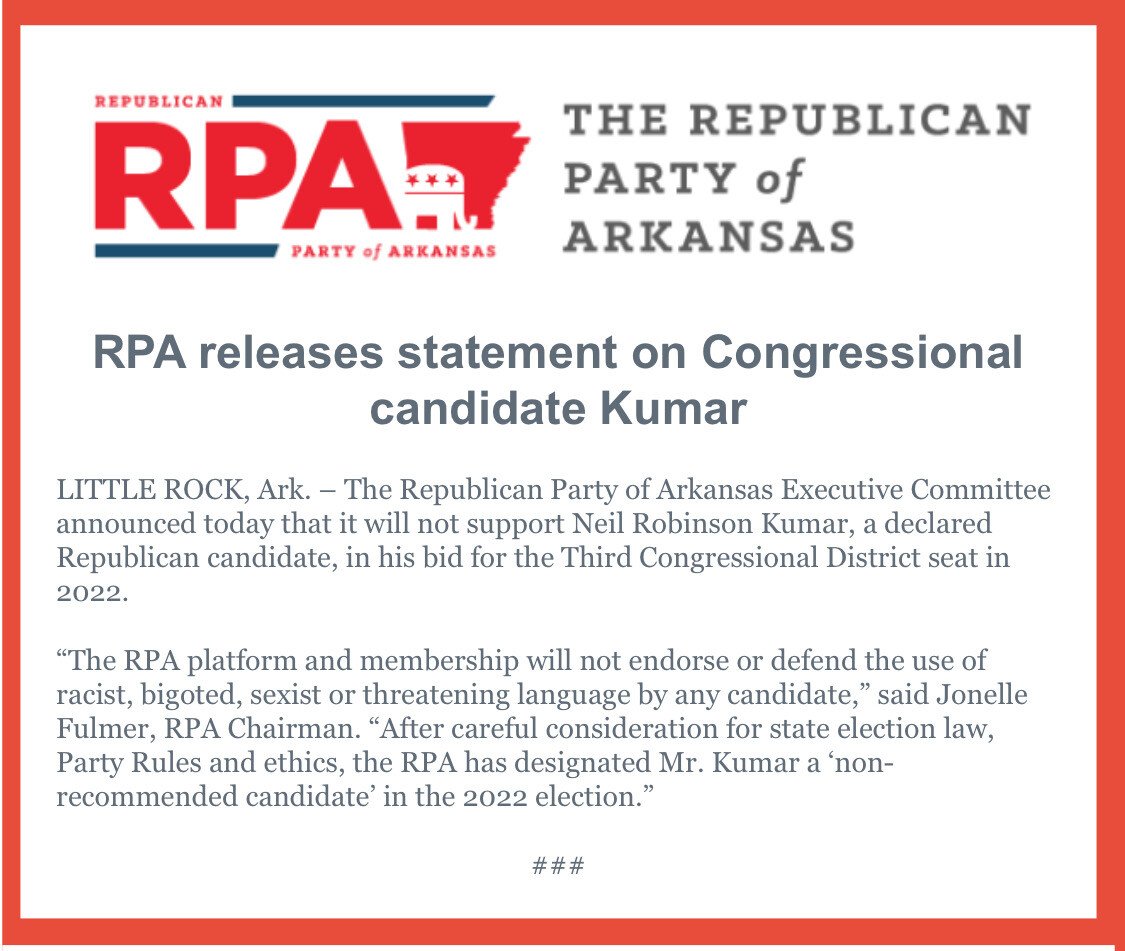 N.B.: being mixed-race is not a defense against the charge of “racism.”

In fact, there is no defense against the charge of “racism.” Why don’t we just blow it off?

Why? Kumar is an immigration patriot. Here’s his basic program (his official platform is here):

I want to end the Great Replacement. I’m calling for a 20-year moratorium on all immigration, deportation of all illegals, and completion of the wall. In the meantime, we must end birthright citizenship, deny public services to illegals, and tax remittances.

I want to restore the principle of freedom of association by repealing the Civil Rights Act of 1964, end anti-white discrimination, and bring manufacturing jobs back home. [Links added]

Most of that is, of course, what President Trump ran on, and it would certainly poll well with Arkansas’s GOP/GAP voters. (82 percent of Arkansas voters are white, according to the NYT’s 2020 post mortem, and 88 percent of those—72 percent of total voters—voted for Donald Trump. ) 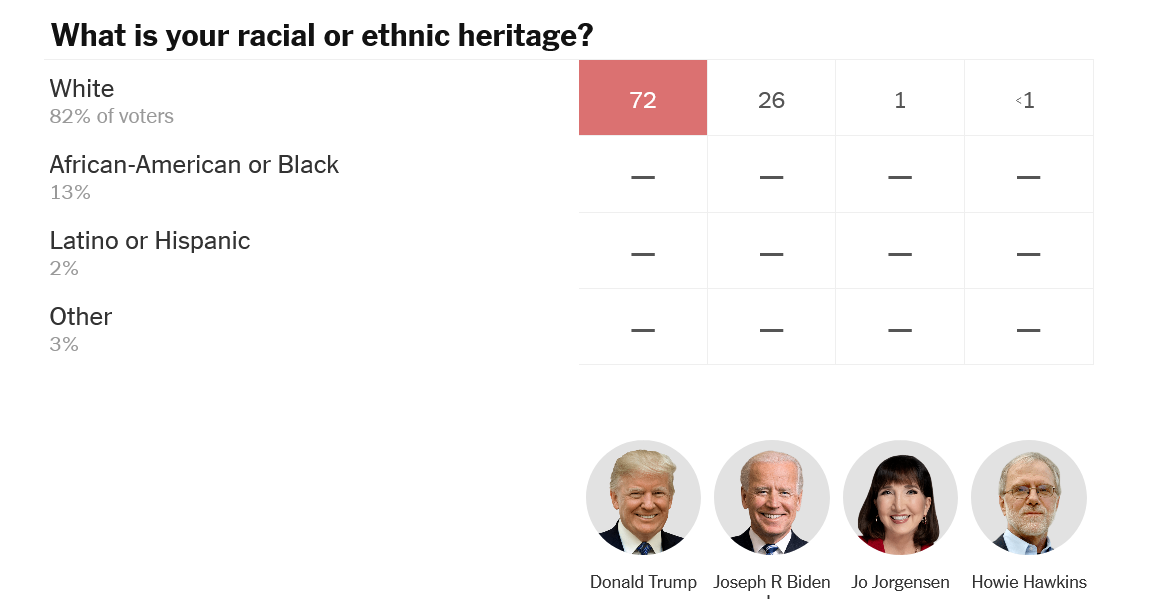 But Kumar is basically a protest candidate. Why is the Arkansas GOP launching this kind of embarrassing attack on a member of their party?

Answer: it’s the immigration, stupid! The Arkansas GOP is captive to corporate money and the two biggest employers in the state are Walmart (see Neil Kumar's Open Letter to Walmart, Inc.) and cheap/illegal labor profiteer Tyson Foods. Womack has a B+ NumbersUSA rating, but a B- on reducing illegal jobs, voting against the kind of interior enforcement that would trouble Tyson.

This has never before happened in Arkansas—and, as far as I know, the only other time a State Republican Party has ever denounced a candidate prior to completion of the primary is when Louisiana did it to David Duke [in 1991], and when Wisconsin did it to Paul Nehlen [in 2018].

In the local paper (the Northwest Arkansas Democrat-Gazette, whose name reflects an older era of Southern politics), Kumar was allowed to defend himself. He says on Gab that it was the first time since he launched his campaign that the Democrat-Gazette had printed anything from him:

The release did not cite specific language by Kumar that party leaders deemed offensive or threatening. An email to the party seeking further comment was not returned Tuesday.

Asked for his response, Kumar did not seem deterred.

"I view publicly losing the endorsement of the pro-illegal immigrant, pro-China Arkansas Republican Party—whose top priority is protecting Walmart, Tyson's Chicken, and China's bag man Steve Womack and his good pals Tom Cotton and John Boozman—as a badge of honor," Kumar said, in an email to the Northwest Arkansas Democrat-Gazette.

"Unlike those corporate-funded clowns, I'm running for Congress to fight for the people of Arkansas—not Walmart, not China, and not the D.C. special interests who are giving away the birthrights of heritage Americans," he said. 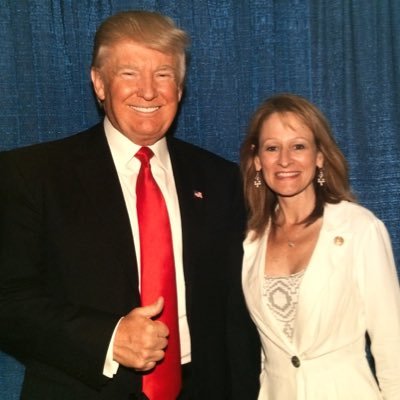 Speaking of giving away the birthrights of heritage Americans, while RPA Chairman Jonelle Fulmer hasn’t said what “racist, bigoted, sexist or threatening language” Kumar is supposed to have used, here is language  that Fulmer herself, whose Twitter profile pic shows her posing with President Trump, does endorse:

Republican Party of Arkansas (RPA) Chairman Jonelle Fulmer issued the following statement regarding the commencement of Hispanic Heritage Month, which is observed each year from September 15 through October 15. 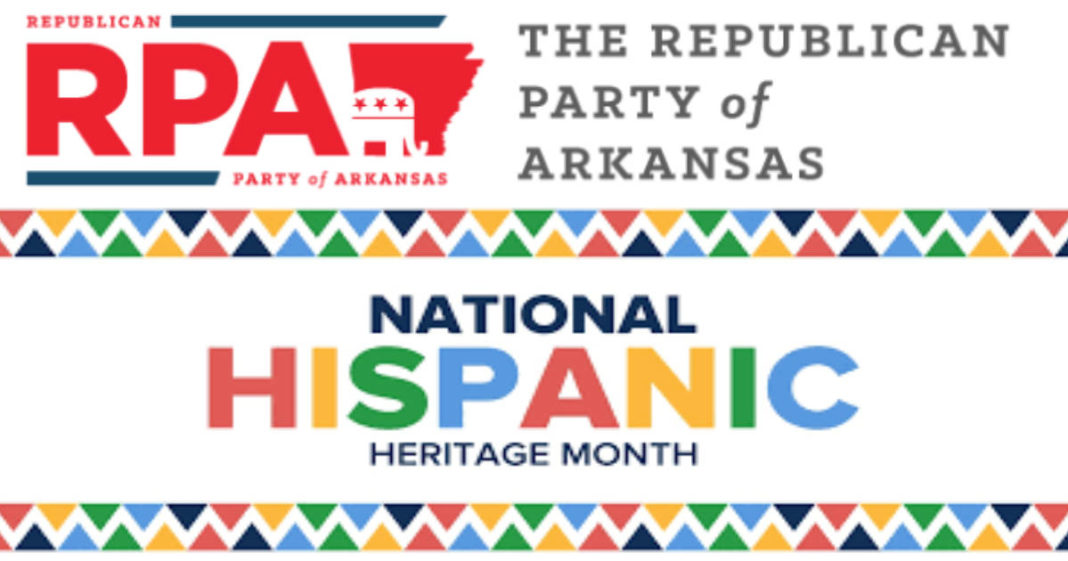 “The RPA is proud to celebrate Hispanic Heritage Month, which marks the independence anniversaries of several Latin American countries, including Costa Rica, El Salvador, Guatemala, Honduras, Chile, Mexico, and Nicaragua. Many Hispanic Americans fled the dictatorial regimes of these countries to pursue the American dream. Their contributions in Arkansas and across the United States are felt every day.

“The Hispanic community in Arkansas continues to grow, and their contributions will impact our state for generations. The RPA proudly celebrates Hispanic Heritage Month with them."

In more language approved by the Chairman of the Arkansas GOP, the statement goes on to say:

Which means exactly the same thing but in a foreign language.

But of course, if Hispanics' “contribuciones” continue to “impactarán”  the state of Arkansas “por generaciones” it won’t be “nuestro Estado” any more, and El Partido Repúblicano will be history.

You can see why Kumar and many young Arkansans like him  (who don’t want to be forced to be bilingual) feel that the institutional GOP needs to be torn down and rebuilt…or destroyed.