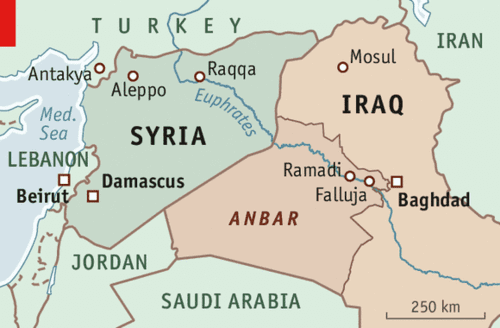 The strategy that President Obama laid out Wednesday night to "degrade and ultimately destroy the terrorist group known as ISIL," is incoherent, inconsistent and, ultimately, non-credible.

A year ago, Obama and John Kerry were straining at the leash to launch air strikes on Syrian President Bashar Assad for his alleged use of chemical weapons in "killing his own people."

But when Americans rose as one to demand that we stay out of Syria, Obama hastily erased his "red line" and announced a new policy of not getting involved in "somebody else's civil war."

Now, after videos of the beheadings of two U.S. journalists have set the nation on fire, the president, reading the polls, has flipped again.

Now Obama wants to lead the West and the Arab world straight into Syria's civil war. Only this time we bomb ISIL, not Assad.

Who will provide the legions Obama will deploy to crush ISIL in Syria? The Free Syrian Army, the same rebels who have been routed again and again and whose chances of ousting Assad were derided by Obama himself in August as a "fantasy"? The FSA, the president mocked, is a force of ""former doctors, farmers, pharmacists and so forth.""

Now Obama wants Congress to appropriate $500 million to train and arm those doctors and pharmacists and send them into battle against an army of jihadist terrorists who just bit off one-third of Iraq.

Before Congress votes a dime, it should get some answers.

Whom will this New Syrian Army fight? ISIL alone? The al-Nusra Front? Hezbollah in Syria? Assad's army? How many years will it take to train, equip and build the NSA into a force that can crush both Assad and ISIL?

"Tell me how this thing ends," said Gen. David Petraeus on the road up to Baghdad in 2003.

The president did not tell us how this new war ends.

If Assad falls, do the Alawites and Christians survive? Does Syria disintegrate? Who will rule in Damascus?

The United States spent seven years building an army to hold Iraq together. Yet when a few thousand ISIL fighters stormed in from Syria, that army broke and fled all the way to Baghdad. Even the Kurdish peshmerga broke and ran.

What makes us think we can succeed in Syria where we failed in Iraq?

If ISIL is our mortal enemy and Syria its sanctuary, there are two armies capable of crushing it together—the Syrian and Turkish armies.

But Turkey, a NATO ally, was not even mentioned in Obama's speech. Why? Because the Turks have been allowing jihadists to cross into Syria, as they have long sought the fall of Assad.

Now, with the Islamic State holding hostage 49 Turkish diplomats and their families in Mosul, Ankara is even more reluctant to intervene.

Nor is there any indication Turkey will let the United States use its air base at Incirlik to attack ISIS.

In Iraq, too, thousands of ground troops will be needed to dig the Islamic State out of the Sunni cities and towns.

Where will these soldiers come from?

We are told the Iraqi army, Shia militia, Kurds and Sunni tribesmen will join forces to defeat and drive out the Islamic State.

But these Shia militia were, not long ago, killing U.S. soldiers. And, like the Iraqi army, they are feared and hated in Sunni villages, which is why many Sunni welcomed ISIL.

A number of NATO allies have indicated a willingness to join the U.S. in air strikes on the Islamic State in Iraq. None has offered to send troops. Similar responses have come from the Arab League.

But if this is truly a mortal threat, why the reluctance to send troops?

Some of our Arab allies, like Saudi Arabia, Qatar and the Gulf Arabs, have reportedly been providing aid to ISIL in Syria. Why would they aid these terrorists?

Because ISIL looked like the best bet to bring down Assad, whom many Sunni loathe as an Arab and Alawite ally of Iran in the heart of the "Shia Crescent" of Tehran, Baghdad, Damascus and Hezbollah. For many Sunni Arabs, the greater fear is of Shia hegemony in the Gulf and a new Persian empire in the Middle East.

Among all the nations involved here, the least threatened is the United States. Our intelligence agencies, Obama, says, have discovered no evidence of any planned or imminent attack from ISIL.

As the threat is not primarily ours, the urgency to go to war is not ours. And upon the basis of what we heard Wednesday night, either this war has not been thought through by the president, or he is inhibited from telling us the whole truth about what victory will look like and what destroying the Islamic State will require in blood, treasure and years.