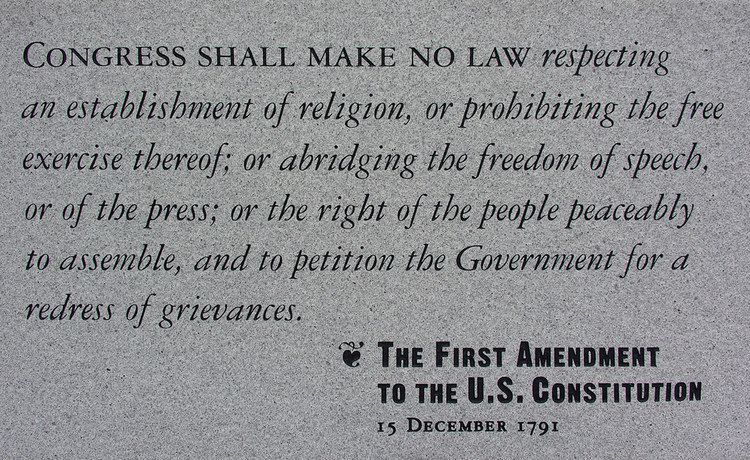 “The First Amendment is dead in America:” Michael Weaver—Yet Another Railroaded Political Prisoner?

Michael Weaver/Carothers (he was born Michael Carothers, but at some point, changed his name to Weaver) is not a nice guy. He won’t win any popularity contests. But according to the U.S. Constitution and the Georgia penal code, not being nice or popular does not constitute a felony. Nevertheless, since November, Weaver has been in several different state prisons—the authorities move him every few months—and right now he is in the Chattahoochee County Jail, where he was transferred for a hearing on Monday.

On December 4, 2010, Weaver maced a black man, Travis Parson—on the back of the neck, according to the police. That much, everyone agrees on. Everything else is a matter of contention.

Main Stream Media accounts have all emphasized the alleged victim’s race. That would be the same folks who religiously cover up the victims’ race in black-on-white attacks.

According to police and prosecutors, whom the MSM merely echoed, on that night Weaver drove slowly alongside Parson, suddenly stopped his car, jumped out, and maced him.

Weaver contends that he maced Parson in self-defense. He says that the two black men came up one on each side of his car, and he feared that they were about to harm him.

Every MSM account I have seen left out Weaver’s side of the story—including the second black man.

Both blacks were drunk.

After being maced, Parson sought neither medical attention nor police help. But when he went home, his mother insisted on both.

In a highly unusual move, over eight months after initially charging Weaver with misdemeanor assault, Chattahoochee Judicial Circuit DA Julia Slater (who is white) convened a grand jury, and on August 23, 2011, Weaver was charged and arrested anew for the same incident—this time for aggravated assault. (The $PLC noted this in their daily roundup of "hate incidents" on August 25, 2011, and the Carothers/Weaver case is two of a total of six incidents listed in Georgia for 2011.)

Weaver’s supporters believe that Columbus PD Det. Cathy Bush, a (white) enemy going back to Weaver’s teenaged troubles—was behind this, and she was indeed involved in this case. On November 15, 2011, Weaver accepted a plea bargain. He pled guilty to felony aggravated assault, and was sentenced to 10 years—one year in state prison, and nine years on probation, rather than roll loaded dice, and likely spend 20 years in state prison.

Prosecutors had initially offered a deal of four years in prison, and six on probation. But when Weaver’s lawyer, Public Defender Robin King, said she was ready to go to trial, and a preliminary hearing that usually would take an hour or two stretched into day two, the prosecution improved its offer.

Weaver felt forced to accept those terms because Chattahoochee Judicial Circuit Judge Bobby Peters had allowed the prosecution to introduce highly prejudicial material into evidence, including Weaver’s 1999 felony conviction for making terroristic threats and his racial politics. (Peters is white—his web page boasts that when he was running for mayor of Columbus, he won " every black precinct in the city".)

Such prior acts are typically inadmissible in court, precisely because they are highly prejudicial and likely to inflame the jury. But apparently exceptions can be made.

In a curiously medieval move, Peters banished Carothers from the Chattahoochee Judicial Circuit. Carothers asked if he could visit Columbus for holidays. Peters denied the request.

Based on the Georgia Criminal Code, Weaver could not possibly have been guilty of anything more than misdemeanor assault or battery, for which he could at most have been sentenced to one year in the county jail.

The Georgia Criminal Code states that:

“(a) A person commits the offense of aggravated assault when he or she assaults:

(2) With a deadly weapon or with any object, device, or instrument which, when used offensively against a person, is likely to or actually does result in serious bodily injury; or

(3) A person or persons without legal justification by discharging a firearm from within a motor vehicle toward a person or persons.” [Georgia Code - Crimes and Offenses - Title 16, Section 16-5-21, , retrieved June 22, 2012.]

Spraying someone with mace, even in the face (never mind the back of the neck), doesn’t come anywhere near felony aggravated assault. And if the person doing the spraying had reason to fear harm, it is self-defense and thus no crime at all.

Michael Carothers’ real “crime,” for which he was railroaded, is that he is a supporter of the crypto-Nazi National Alliance. He has for years placed pro-NA fliers on people’s automobile windshields. (Full disclosure: I am a Jew, and not a fan of the National Alliance.)

Right-thinking people will respond, “Isn’t it a crime to support crypto-Nazis, and put their propaganda on people’s cars?”

Actually, far from being a crime, such activities are expressly protected by the First Amendment to the U.S. Constitution.

The prosecutor would deny that Weaver was prosecuted for his beliefs, or his pamphleteering. That remains to be seen.

The alleged victim, Travis Parson, missed the first court date, as he was by then himself a guest of the state. Parson was already a convicted felon on the night in question (possession of cocaine) and had been given probation. Between the incident with Weaver and the court date, Parson had been arrested for allegedly violating his probation (drug possession, this time for cocaine and marijuana).

It would have been child’s play to impeach Parson’s testimony on the stand on cross-examination.

But in 1998, Weaver (then Carothers) was arrested on misdemeanor charges of criminal trespass, illegally pointing a gun at someone, and disorderly conduct. He received a sentence of 90 days in county jail for the “discon,” and two years of probation for the other charges.

Then in 1999, Weaver got into a shouting match with some high school kids, who then claimed he had thrice threatened to kill a girl. He denied the charges, but was convicted, sentenced to five years’ probation, and two years in jail, though media reports said he spent only four months in jail, along the way.

So, he’s no angel. He’s actually a schmuck, but again, someone’s being a schmuck does not entitle the state to violate his due process and First Amendment rights.

When I reached Weaver’s attorney, Robin King, she informed me that she was no longer on the case, due to Weaver having “filed a motion to withdraw guilty plea” on November 30.

Weaver cited as grounds for his motion:

1.   “Plea was not intelligently and voluntarily entered”;

2.   “ineffective assistance of counsel”; and

Monday’s hearing is scheduled to treat of Weaver’s November 30 motion. I surmise that Weaver is shopping for a more fair-minded jurist than Judge Peters. (Peters will not preside over the hearing, as the circuit rotation has him now sitting in a different county.)

But Weaver is gambling. He could end up spending 20 years in prison.

The banishment provision of Weaver’s sentence is an archaic punishment that is addressed, as is the punishment of “whipping,” in the Georgia State Constitution. The state constitution forbids banishing an offender from the state—but not, directly, from a portion of the state.

The way hate crimes prosecutions against heterosexual whites have usually proceeded is that a black (or Hispanic or homosexual) will charge that during a confrontation, the white heterosexual (man) used “hate speech” against him. This typically false charge is frequently used by blacks—and even the authorities!—as a get-out-of-jail-free card for crimes they committed. Even racist black spree killer Brian Nichols, the Atlanta Courtroom Killer, used it as a cover story for pistol-whipping a white man during his escape. (He said that a middle-aged, white journalist  in Atlanta, at whom he was pointing a gun, called him a racial epithet. )

However, the authorities are now exploiting “hate crimes prosecutions’” mentality and practices to tear away ever more of the fabric of constitutional rights where whites with the “wrong” sort of politics are concerned. Thus, whites are now put through a hate crime-style ordeal without hate crime laws even being invoked, and even if they are not charged with having used “hate speech” during the incident in question. Their entire lives are put on trial. Any “hate speech,” or even merely Politically Incorrect speech, that they’ve ever used is invoked as grounds with which to disenfranchise and railroad them.

Thus, the criminal courts are now imposing an unconstitutional political litmus test on whites. In conflicts with (unconstitutionally favored) “protected groups,” politically uncontroversial whites who are not wealthy are already treated like second-class citizens by the police and the courts. But those with unpopular political views are complete outcasts.

While I was unable to catch up with Weaver’s father, David Carothers, by press time, he has emailed me the following letter.

“Hi, Nicholas, I'm pleased to make your acquaintance. I thank you profusely for your interest in my son's case, a case that should be of concern to every American who still cherishes the concept of free speech, the God-given right to express one's heartfelt opinions regardless of how unpalatable those opinions may be to some. We in America still are protected by the Constitution of the United States, the superbly drafted document of freedom that is as yet unmatched in the history of human affairs.... I look forward to speaking with you. Thank you again for your interest in my son's important case. When even one American's rights are usurped by the malicious machinations of an overweening government...the rights of every American are in jeopardy.”

We’re not heading towards tyranny; we’re already there.

Nicholas Stix [email him] is a New York City-based journalist and researcher, much of whose work focuses on the nexus of race, crime, and education. He spent much of the 1990s teaching college in New York and New Jersey. His work has appeared in Chronicles, the New York Post, Weekly Standard, Daily News, New York Newsday, American Renaissance, Academic Questions, Ideas on Liberty and many other publications. Stix was the project director and principal author of the NPI report, The State of White America-2007. He blogs at Nicholas Stix, Uncensored