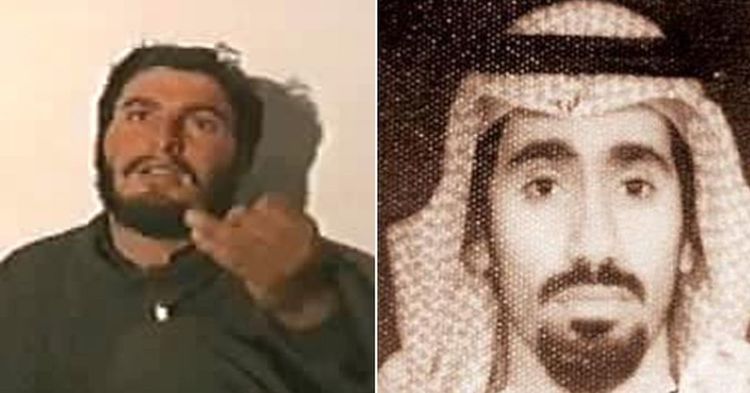 October 12 marks the 12th anniversary of the bombing of the USS Cole. The grim milestone comes as President Obama faces mounting questions about his administration's dereliction of duty during the murderous attack on our consulate in Benghazi, Libya. And it comes just a day after resurgent al-Qaida thugs pulled off the drive-by assassination of a top Yemeni security official who worked at the U.S. embassy in Sanaa.

These are not "bumps in the road." These are gravesites on the blood-spattered path to surrender.

Seventeen U.S. sailors died in the brutal suicide attack on the guided Navy missile destroyer as it refueled at the Yemeni port of Aden in the fall of 2000. Then-President Bill Clinton vowed to track down the Muslim terrorist attackers: "We will find out who was responsible and hold them accountable." But a dozen disgraceful years later, Slick Willy's toothless promise has become a bitter punch line.

The current Democratic White House has not only delayed and denied justice to the victims and their families. President Obama's foot-dragging administration, crawling with pro-terrorist lawyers, effectively undermines our nation's ability to detain, contain and destroy jihad threats from within and without.

Suspected Cole bombing suspect and former Persian Gulf Operations Chief for al-Qaida Abd al-Rahim al-Nashiri has been in U.S. custody since 2002 and at Gitmo since 2006. In February 2009, Obama met with Cole families and promised them justice. Then, he stabbed them in the back by ordering the (Social) Justice Department to abandon the death penalty case assembled against the al-Qaida mastermind under the Bush administration.

That's right: The Osama bin Laden football-spikers in the Obama administration deliberately dropped the USS Cole ball on al-Nashiri's military prosecution because of their opposition to the Guantanamo Bay detention system. Jesse Nieto, father of murdered Cole sailor Marc Nieto, won't forget it. "That really left a bitter, bad taste in my mouth," he told the Newnan (Ga.) Times-Herald earlier this year.

In 2011, the Obama administration reinstated the charges amid a widespread backlash against Attorney General Eric Holder's plans to bestow U.S. civilian trials in Manhattan to foreign Gitmo goons. But the trial has been plagued by yet more delays and left-wing lawyer antics painting Nashiri as a victim of American hegemony. "This whole trial is a political football the politicians are playing with," Nieto aptly noted. "If they left it to the military, it would be taken care of. And it would be fair."

Team Obama's initial withdrawal from the prosecution came out of left field—literally. But it is no surprise to those who paid attention to Holder's radical ideological and corporate allegiances.

As I reported in Culture Of Corruption, Holder joined the prestigious Covington and Burling business and corporate law firm after a quarter-century as a government lawyer. The stint boosted his net worth to nearly $6 million. Covington and Burling's post-9/11 claim to fame? Representing 17 terror suspects held at Gitmo who hail from Yemen, long a safe haven for terrorists. (Another Cole bombing mastermind, Jamal Mohammed al Badawi, was convicted and sentenced to die in Yemen for the terror attack, but somehow escaped twice from jail and was freed by the Yemeni government in 2007.)

Holder's law firm employed dozens of radical attorneys such as David Remes and Marc Falkoff to provide the enemy combatants with more than 3,000 hours of pro bono representation. Covington and Burling secured victories for several Gitmo enemy combatants in the U.S. Court of Appeals for the D.C. Circuit. Remes, who garnered human rights awards for Covington and Burling before striking out on his own, now represents Nashiri.

Falkoff went on to publish a book of poetry, "Poems from Guantanamo: The Detainees Speak," which he dedicated to the suspected terrorists: "For my friends inside the wire, Mahmoad, Majid, Yasein, Saeed, Abdulsalam, Mohammed, Adnan, Jamal, Othman, Adil, Mohamed, Abdulmalik, Areef, Adeq, Farouk, Salman, and Makhtar. Inshallah, we will next meet over coffee in your homes in Yemen."

One of the class of Yemeni Gitmo detainees that Falkoff described as "gentle, thoughtful young men" was released in 2005—only to blow himself up (gently and thoughtfully, of course) in a truck bombing in Mosul, Iraq, in 2008, killing 13 soldiers from the 2nd Iraqi Army division and seriously wounding 42 others.

In January 2010, The Times of London reported that "at least a dozen former Guantanamo Bay inmates (had) rejoined al-Qaida to fight in Yemen." Another Yemeni Gitmo recidivist and top al-Qaida leader, Said al-Shihri, was freed after undergoing "rehabilitation"—and then promptly rejoined jihadi forces. He was reportedly killed in a U.S. missile strike last month.

Gitmo recidivists—a burgeoning Obama demographic that includes suspected Benghazi jihad plotter Abu Sufian Ibrahim Ahmed Hamuda bin Qumu—certainly are better off than they were four years ago. The question is: Can Americans at home and abroad really afford another four years of Obama, Holder and their soft-on-terror government attorneys sabotaging national security?