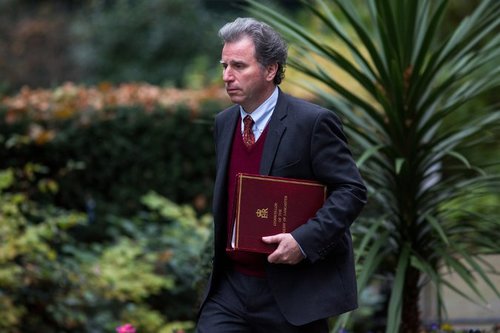 The Case Of Oliver Letwin: Brits Apologize On The Beaches, And On The Landing Grounds, And In The Fields…WHY?

[Adapted from the latest Radio Derb,now available free of charge, exclusively on VDARE.com.]

"Ignorance is strength" said the Party slogan in Nineteen Eighty-Four. For sure, in the Western world of 2015, knowledge will get you into trouble. Whether or not ignorance is strength, in the Western world today, ignorance is definitely social acceptance. Do Americans of all people really not know—that nations with big racial minorities are arenas of discord, social friction, group rancor, and perpetual conflict? How did we get so stupid?

It's not just us, of course. All the old Anglo-Saxon and northwest European countries have enstupidated themselves in the same way. Look at Germany. Look at Britain.

Case in point: Oliver Letwin, an Old Etonian grandee (albeit American-descended), 59 years old, married with two kids, an Anglo-Jewish intellectual who has spent his entire adult life in politics, although never at the highest levels. He's a Tory Member of Parliament and currently a senior policy adviser to David Cameron, Britain's stupid, worthless, and repulsive Prime Minister.

Thirty years ago, precisely in October 1985, Letwin was a junior policy adviser to a very different Tory Prime Minister, the late great Margaret Thatcher. At that time there occurred the Tottenham Riots, when the inhabitants of a North London ghetto, mostly blacks, took to the streets to protest against police trying to enforce the law. 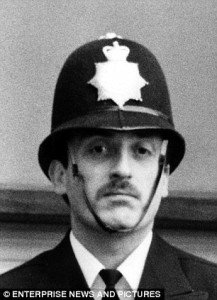 The rioters had looted a supermarket, then set fire to it. Firefighters who tried to deal with the blaze were attacked with rocks and bottles. Some police officers were sent to guard them; but the mob was too strong, and both police and firefighters had to retreat. Constable Blakelock stumbled and fell in the retreat. He was surrounded by a mob of rioters screaming "Kill the pig!" They stabbed him more than 40 times and apparently, to judge by the pattern of wounds, attempted to decapitate him.

Two other policemen were shot by the mob, one seriously. Altogether 58 officers were hospitalized.

Three people, two  blacks and a white, were convicted of the Blakelock murder. But the convictions were overturned on appeal. To date nobody has been successfully prosecuted for Officer Blakelock's murder.

It's a sorry tale, made sorrier by the fact that the Brits never should have imported their own U.S.-style race problem. There was in fact strong public opposition to the mass settlement of blacks, but cheap labor lobbies, race guilt, and post-imperial sentimentality won the day—and a huge social problem was planted where there was none before.

Less than three percent of Britons today are black, but blacks are ten percent of inmates in British prisons.

Britain has a 30-year rule for the release of government papers not critical to national security—minutes of cabinet meetings and suchlike. So internal government papers relating to the Tottenham Riots have just been released. Among them are some memos Oliver Letwin and a colleague sent to Mrs. Thatcher.

In one memo Letwin wrote, or co-wrote:

The root of social alienation is not poor housing, or youth "alienation," or lack of a middle class. Lower-class, unemployed white people lived for years in appalling slums without a breakdown of public order on anything like the present scale.

When David Young, Mrs. Thatcher's Secretary for Employment, recommended a scheme to foster entrepreneurship among blacks, Letwin pooh-poohed it:

David Young's new entrepreneurs will set up in the disco and drug trade.

He was likewise skeptical of Jack-Kemp-style proposals to lift up the inner city ghettos by throwing money at them:

Riots, criminality, and social disintegration are caused solely by individual characters and attitudes. So long as bad moral characters remain, all efforts to improve the inner cities will founder.

Letwin was of course correct on all these points.

In matters of race, however, Britain has retreated ever deeper into lies and enstupidation this past thirty years. Letwin's 1985 truthful, sensible remarks are considered unspeakably shocking nowadays. How dare he suggest that black mob violence was caused by anything other than "racism"—by the malice of white people?

All the muckety-mucks of racial correctness have piled on him. To pick a few descriptors at random: quote "breathtaking," quote "disgusting and appalling … positively Victorian," quote "utterly, utterly out of touch," quote "bordering on criminality," and so on. ['It's bordering on criminality': Race campaigners attack Oliver Letwin's comments that the '80s riots were fuelled by black 'bad moral attitudes' By Martin Robinson, Daily Mail, December 30, 2015]

Oliver Letwin has groveled and apologized, I am sorry to say. [Release of 1985 Race Riots Memo Prompts Apology From Cameron Aide, By Steven Erlanger, New York Times,  December 30, 2015] None of these professional political hacks has an inch of backbone. There isn't much backbone in Britain at all nowadays, in fact.

Nowadays they won't even take a stand against alien troublemakers, criminals, and race hustlers.

To judge by the coverage this sad little story has been getting in the British press, in fact, I wouldn't be surprised if the PC commissars and black supremacists ordered the whole nation to apologize for Letwin's remarks.

If they did, the Brits would most likely comply.

Poor, poor old Britain. Why did you do this to yourselves? Why? Why?