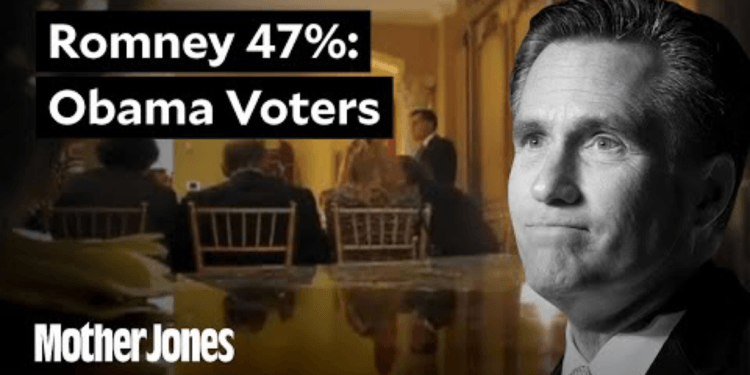 The 47 Percent: No Apologies Needed, Mitt

Mitt Romney has conceded that his thoughts, expressed at that Boca Raton, Fla., fundraiser, were "not elegantly" stated. Those mocking him might concede he has tabled one of the mega-issues of our time.

Can America continue down the path President Obama is taking us on, to a time soon and certain when a majority of wage-earners pay no income taxes but a majority of citizens receive federal benefits?

What was wrong with this?

One slice of that 47 percent who receive benefits are students who will pay taxes later. A larger slice are retirees on Social Security and Medicare who paid into both programs all their working lives.

But what was right about what Romney said was discerned two centuries ago by that governmental genius John C. Calhoun.

"The necessary result ... of the unequal fiscal action of the government is to divide the community into two great classes; one consisting of those who ... pay the taxes ... and bear exclusively the burden of supporting the government; and the other, of those who are the recipients of their proceeds, through disbursements, and who are, in fact, supported by the government; or, in fewer words, to divide it into taxpayers and tax consumers."

A nation sundered between taxpayers and tax consumers, said Calhoun, "must give rise to two parties and to violent conflicts and struggles between them, to obtain the control of the government."

Is that not a fair description of where we are today?

Sen. Gene McCarthy used to say every citizen has three duties: to bear arms in defense of his country, to vote and to pay taxes. Is it a good thing that this ideal is laughed at, that the draft is abolished, that scores of millions pay nothing in income taxes?

Retired Americans living on Social Security, exempt from taxes because their income is modest, are not the problem.

But in 2010, some 4.4 million Americans were on welfare rolls, 22 million on government payrolls, 23 million were receiving Earned Income Tax Credit checks, 44 million were on food stamps, 50 million were on Medicaid, and 70 million wage-earners were paying no income taxes.

For most of these folks, Obama's Party, which would expand benefits, tax the rich even more and redistribute the wealth, is their party. And understandably so.

By every standard, America is a far more prosperous country than in the 1950s. Yet, then, there were no food stamps. Today, 47 million Americans are on food stamps at an annual cost of $72 billion.

Does it not say something alarming when one in seven Americans cannot rely upon themselves or their families for their daily bread?

During the Chicago school strike, we learned that 86 percent of the 350,000 pupils were getting free or subsidized meals twice a day.

What kind of society have we become when children in a great city cannot rely on mothers or fathers for a bowl of cereal in the morning and a brown bag with a sandwich and apple in it for lunch?

Federal, state and local government together now consume 37 percent of the economy. Can we not see where this is leading us, by looking at Spain or Italy — or California?

In the Golden Land, the state tax burden has been shifted heavily onto the most successful, while state benefits have exploded.

Result: For the first time since California entered the Union, the young and middle class are moving out, not in, heading for Colorado, Arizona, Idaho and Nevada. And California has become the destination of choice for the immigrant poor, legal and illegal.

Yet, the November ballot has a proposal to raise the state income tax on the rich to the highest in the nation, 13.3 percent.

Romney indicated that folks deeply dependent on government are almost impossible for an advocate of smaller government to win over. Is he entirely off base when Washington, D.C., the most government-dependent city in America, went 93-7 for Obama in 2008?

In his 1935 State of the Union, Franklin Roosevelt himself warned about exactly what Mitt Romney is talking about.

"Continued dependence upon relief induces a spiritual and moral disintegration fundamentally destructive to the national fiber. To dole out relief in this way is to administer a narcotic, a subtle destroyer of the human spirit. ... The Federal Government must and shall quit zthis business of relief."

That greatest generation got off the narcotic of dependency.

Unfortunately, for tens of millions today, that narcotic has become indispensable. And "spiritual and moral disintegration" describes exactly the condition of all too many who have come to rely upon it.