The left has concocted a lucrative category of politically correct victims: "climate refugees." It's the new Green racket.

U.S. taxpayers will now be forking over untold billions to ease the pain allegedly inflicted on "carbon's casualties" by industrial activity. By contrast, those who have suffered as a direct result of government incompetence by federal environmental bureaucrats continue to get the shaft.

Consider the plight of two tribes: the Biloxi-Chitimacha-Choctaw in Louisiana and the Navajo Nation in New Mexico. 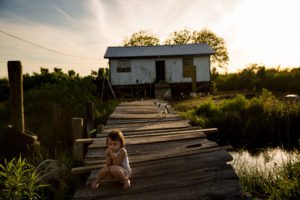 The New York Times splashed a viral story on its pages this week spotlighting the U.S. Department of Housing and Urban Development's $48 million grant to Native-Americans who live in the flood-ravaged coastal community of Isle de Jean Charles. About 60 residents, the majority of whom belong to the Biloxi-Chitimacha-Choctaw tribe, will be resettled to drier land.

Never mind that the Times' propagandists themselves admit that erosion on the island began in 1955 as a result of land-use and land-management factors that had nothing to do with climate change.

"Channels cut by loggers and oil companies eroded much of the island," the paper reported, "and decades of flood control efforts have kept once free-flowing rivers from replenishing the wetlands' sediments."

Never mind that there are conflicting scientific analyses on the extent to which man-made greenhouses gases have caused sea levels to rise; whether the rate is accelerating; and how much, if any, reducing carbon emissions would actually mitigate purportedly rising sea levels.

Oh, and never mind that many of the inhabitants of Isle de Jean Charles—whose forefathers originally moved there to escape forced government relocation under the 1830 Indian Removal Act—don't even want to leave and have fought resettlement efforts for decades.

Obama's social engineers are already plotting how to replicate the climate change relocation program. "We see this as setting a precedent for the rest of the country, the rest of the world," declared HUD official Marion McFadden, who is running the program.

Even worse, the United Nations is looking to preemptively "address extreme weather displacement" by targeting refugees even before any apocalyptic event has caused them to seek refuge.

Can you spell "manufacturing a crisis"?

While these meddling liberals conspire to displace one tribe in the name of saving the planet, another tribe is still begging for help after Obama's destructive EPA poisoned their waters.

It's been almost eight months since an Environmental Protection Agency contractor recklessly knocked a hole at the long-abandoned Gold King Mine in Colorado's San Juan Mountains. You should know that Washington has long schemed to declare it a Superfund site, which would increase its power, budget and access over the region.

A federally sponsored wrecking crew poking around in the mine last August triggered a 3 million-ton flood of bright orange gunk into the Animas River. EPA's blithering idiots delayed notifying local residents for 24 hours and downplayed the toxic spill's effects.

Downstream, the muck seeped into the San Juan River in New Mexico, where the Navajo Nation lives and farms. The impact on drinking water and livelihoods has been catastrophic. But the Obama administration refused the tribe's request for disaster relief from FEMA last fall and yanked emergency water tanks the EPA had supplied for Navajo livestock. 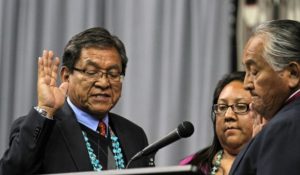 "U.S. EPA caused this entire disaster, they have harmed the people, the water and the land. ... For years, we have consistently been at the receiving end of toxic spills and contamination with no adequate relief as the United States Government and Private Companies became wealthy off of the natural resources of the Navajo Nation."

Our eco-savior on the Potomac's response to the victims of his man-caused, government-engineered disaster: Never mind.