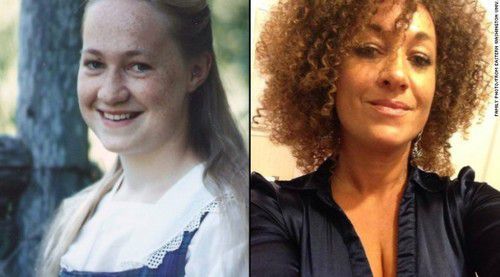 Spokane Woman Denounced for Being Transracial

According to the Census Bureau, only 1.9% of the half-million people of Spokane County, Washington self-identify as black. And the town of Coeur d’Alene, ID is 0.4% black.

But a basic tenet of economics is that supply grows to meet demand.

From the Spokane Inlander:

Questions are now swirling around Rachel Dolezal, the local NAACP chapter president and a freelance contributor to the Inlander.

Last night, KXLY reported on the police investigation into hate mail allegedly sent to Dolezal in February. The mail in question did not have a postal stamp or barcode on it, suggesting that either the postal workers messed up, planted it or the package didn’t go through the postal system at all. The TV station asked Dolezal if she had planted the mail — an accusation that she denied.

This morning, the Coeur d’Alene Press published an article in which Dolezal’s parents, both white, say their daughter has long lied about her race — she’s white, her parents say, providing a picture and birth certificate as proof. The Spokesman-Review is now reporting that a former board member from the Kootenai County Task Force on Human Relations has long had his own suspicions about her truthfulness.

Dolezal has not returned messages left today by the Inlander. Dolezal, an adjunct professor at Eastern Washington University, is also chairwoman of the city’s Office of Police Ombudsman Commission.

It’s extremely important that we all try to keep this straight: race doesn’t exist, but a perm, a lifetime membership at Hollywood Tan Salon, and a deep sense of racial grievance can’t make you black. On the other hand, plastic surgery, Spanx, and Photoshop can make you female.