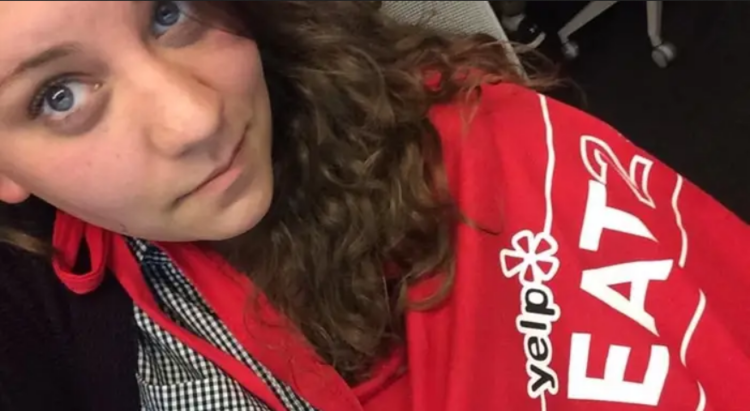 Starving on the Prosciutto-and-Brie Poverty Diet

Sure, she had "great" benefits, she admitted, including "vision, dental, the normal health insurance stuff?." Normal? I've been in the workforce 25 years and never had vision benefits. Have you?

But, she complains, the inhumane co-pays were killing her: "$20 to see a doctor or get an eye exam or see a therapist or get medication. Twenty bucks each is pretty neat, if spending twenty dollars didn't determine whether or not you could afford to get to work the next week."

The ululations of the aggrieved swelled as Pained Jane kvetched about her bills, bills, bills. "Will you pay my phone bill for me?" she needled Yelp CEO Jeremy Stoppelman. "I got paid yesterday ($733.24, bi-weekly) but I have to save as much of that as possible to pay my rent ($1,245) for my apartment that's 30 miles away from work because it was the cheapest place I could find that had access to the train, which costs me $5.65 one way to get to work. That's $11.30 a day, by the way. I make $8.15 an hour after taxes. I also have to pay my gas and electric bill. Last month it was $120."

"I've since stopped using my heater," the call-center indentured servant lamented in between diatribes about Yelp's complimentary coconut water and pistachio nuts for employees. "Have you ever slept fully clothed under several blankets just so you don't get a cold and have to miss work? Have you ever drank a liter of water before going to bed so you could fall asleep without waking up a few hours later with stomach pains because the last time you ate was at work? I woke up today with stomach pains. I made myself a bowl of rice."

The Bataan Death March survivors have nothing on Baby Jane!

Look, poverty and starvation are no joke. But this woman's self-indulgent hyperbole is beyond parody.

Somehow, Jane was able to un-double herself up from her hunger-induced fetal position to get on her smartphone to tweet constantly. She also maintains a Tumblr site on which she routinely derided her (now former) employer, along with her own eponymous blog and separate Paypal, Venmo and Square Cash accounts to collect reader donations in the aftermath of her wholly justified firing.

While Narcissa by the Bay wallowed in public self-pity over her inability to afford groceries ("bread is a luxury to me"), her social media accounts were filled with food, glorious food. 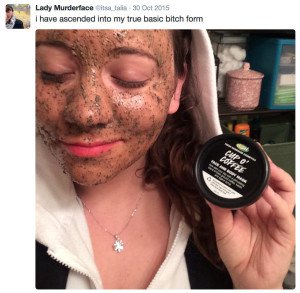 In one of her richer moments (pun intended), Jane brags about having Bulleit Kentucky Bourbon delivered to her office through a smartphone app. "I've been meaning to buy whiskey," she burbles, but I always forget until after I'm phone and my pants are off" (presumably when she's under all her blankets shivering from cold and deprivation). "(A)lcohol delivery services aren't available where I live because I'm in the suburbs," so "I had alcohol delivery to my job. (O)ddly enough, no one asked about it."

Starving on a "living wage" with booze delivered straight to her desk. The struggle is so real.

My husband and I immediately read this fraud's screed to our 15-year-old and 12-year-old children as an object lesson in how not to be a grown-up:

Demand more than you are worth.

Expect all the benefits of autonomy without any of the accountability.