See, earlier, by Paul Gottfried Why Does Jonah Goldberg Want To Block The Backlash Against Political Correctness?

Passover begins tonight (April 3), which gives me a peg for a meditation on the political proclivities of my fellow Jews.

GOP cheerleader Jonah Goldberg has been one of my favorite subjects 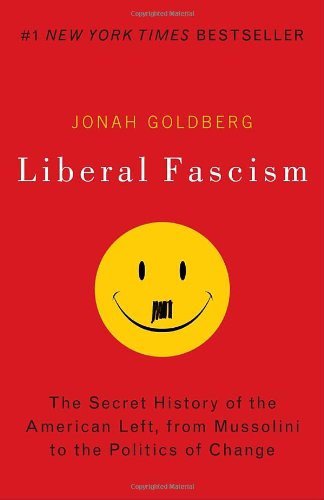 going back to 2001, when he emerged to personify the post-purge, house-broken National Review (although he was later pushed out by Rich Lowry). He is living proof that a little knowledge (but not too much) will take you a long way in the Beltway Right. His book Liberal Fascism was a notable success despite, or perhaps because of, his flippant treatment of the subject and his willingness to clumsily associate the Democrats with fascism and National Socialism. And now Goldberg is applying his sophomoric partisanship to the issue of American Jewish support for the Democratic Party, suggesting that American Jews will be forced to make a choice between support for Israel and support for the Left. Unfortunately for Goldberg and his neoconservative friends, there’s not much to back up this wishful thinking.

Goldberg began a recent column by quoting Congressman Steve King of Iowa, who had said:

“I don’t understand how Jews in America can be Democrats first and Jewish second and support Israel along the line of just following their president.”

King’s comment elicited nasty responses from Jewish Democrats like Congressman Steve Israel of New York, who resented the implication that by supporting the Democrats, they had ceased to care about Jews.

Goldberg suggests King may not have been aware “being Jewish and supporting Israel have never been wholly synonymous, and regrettably they are getting less synonymous all the time.”

But this statement isn’t entirely true, considering the amount of money given to Israel every year by American Jewish organizations and the amount of political muscle deployed by Jewish lobbies like AIPAC to get politicians to toe the pro-Israel line. Since about 80% of the Jewish electorate votes Democratic and about 60% of the donations going to the Democratic Party come from Jewish philanthropists, there is still a demonstrable close connection between Jews and Democrats as well as between Jews and Israel [Bargaining with Zionists, by Steve Sailer, Takimag, March 25, 2015].

We can assume most Jewish supporters of Israel are Democrats and find nothing incompatible between these allegiances. This would include such prominent members of the AIPAC executive board as Mickey Cantor and Norman Brownstein, both close friends of the Clintons.

Furthermore, there is nothing that would lead me to believe Goldberg assertion that Jewish voting behavior is a “source of great consternation in many Jewish circles, and a source of profound confusion and frustration in conservative circles.”

What Goldberg really means is that his neoconservative friends and sponsors want other Jews to join them in the GOP. The desired cross-over has not happened in a significant way despite being heralded in 1980, when about 39% of Jewish voters went for Ronald Reagan. In 1984, however, 70% of the Jewish vote swung back to the Democratic presidential candidate, and by 1996 the percentage of the Jewish vote that went Republican had plummeted to 16%. In 2012, because of the perception that Obama wasn’t doing enough for Israel, the faceless Republican nominee got more Jewish votes, but still only about 30%.

Goldberg, and by implication, Steve King, are simply repeating the tactics of persuasion that have always been used by the neocons in trying to pull Jews into the Republican fold. If Jewish Democrats, so this exhortation goes, really care about Israel and put the Jewish State above everything else, they’d hold their noses and vote with the rural and small-town goyim in the Republican Party.

I note in passing the unspoken premise of this plea that Jews should have their first loyalty to Israel, though no one would actually suggest this out loud, lest he be accused of being an anti-Semite or a self-hating Jew. And even flag-waving Republicans politicians aren’t going to complain about “hyphenated” Jewish Americans because they want more Jewish votes—and, above all, donations from wealthy Zionists like Sheldon Adelson.

But no matter how passionately the Republicans trumpet their Zionism, they can’t win Jewish voters. Goldberg suggests that American Jews simply don’t love Israel enough, though he also offers other explanations. These include “FDR’s outreach to Jews,” “Harry Truman’s recognition of Israel,” “the historic necessity for Jews to seek protection from central authorities,” “anti-Semitism in the old (and much more liberal) GOP of the 1920s-1960s “, “the timing of Jewish immigration from central Europe” and “the very secular worldview of non-orthodox Jews.”

Goldberg also cites political scientist Kenneth Wald’s hypothesis that American Jews remain on the Left because “they want a strict separation of religion and politics.” Thus, Protestant evangelicals in the GOP, no matter how “wildly pro-Israel and philo-Semitic,” as Goldberg puts it, offend Jewish voters.

But Goldberg is exaggerating the split between support for Zionism and support for the American Left. And I think that the truth about Jewish behavior is more mundane. There is nothing exceptional about Jewish political behavior or the cultural choices made by Jewish voters. The Jews are behaving like other ethnic minorities that view themselves as out-groups, whether or not this self-perception has any connection to reality.

Is Jewish voting behavior really very different from those of Japanese Americans, another comparably successful ethnic group who have remained on the Left politically? What is sometimes seen as peculiarly Jewish, being on the Left for the out-group majority but on the nationalist Right for one’s co-ethnics, may be universal when one is dealing with insecure minorities.

Whether or not Jews should feel this way is of course another question.

The exceptions among the American Jews were the Sephardim and the German Jews (including my own ancestors). They were already here in the nineteenth century and they most certainly did not create for themselves and other minorities a grievance industry.

These Jews happily assimilated and many eventually disappeared into the WASP gene pool.

The Eastern European Jews (not the central European ones, as Goldberg incorrectly states) were far less well-disposed toward Gentiles. They came from societies where they had nothing much to do with non-Jews, and what few interactions took place were full of mutual loathing

Eastern European Jews formed alliances with others whom they viewed as marginalized. As Toronto social historian David Verbeeten demonstrates in a dissertation on Jewish philanthropies in the US, the rise to positions of authority by Eastern European Jews in Jewish organizations formerly run by Sephardic and German Jews resulted almost inevitably in moving these operations toward the Left.

This change in personnel also resulted in making Christian anti-Semitism and Zionism major focal points in American Jewish organizations. But the Leftist radicalization did not bring with it any alienation from Jewish national causes. Eastern European Jews who took over American Jewish philanthropies were usually both on the Left and committed to the creation of a Jewish state.

Goldberg makes his plea for Jews to join the GOP as a Republican publicist, but there’s nothing to suggest American Jews are hurting the Israelis by remaining where they are. Although Obama and Netanyahu don’t hit it off well, why should we believe that the next Democratic president, who in all likelihood will be Hillary Clinton, would not be a keen supporter of Israel? There is nothing in Hillary’s past as a Senator representing New York State that would lead us to believe otherwise. [See Hillary Clinton Visits Israel, This Time As a Senator, By Michael Cooper, NYT, November 13, 2005 and Hillary Clinton's Little-Noticed Israel Problem, By Justin Elliott, Mother Jones, May 7, 2010]

Democrats in Congress who are Jewish or from significantly Jewish states are strongly pro-Israeli, and there is no reason to think this won’t be the case in the future.

As in Liberal Fascism, where Goldberg counterfactually and counterintuitively presented Democratic presidents and presidential contenders as fascists by another name, he is simply playing his role as a partisan hack employed by Conservatism Inc. His collection of Republican clichés may appeal to true believers of Team Red in our increasingly meaningless two-party system. But it does nothing to explain the facts behind the leftist voting patterns of American Jews. Nor will it do anything to change one of the most long lasting facts of American political life.